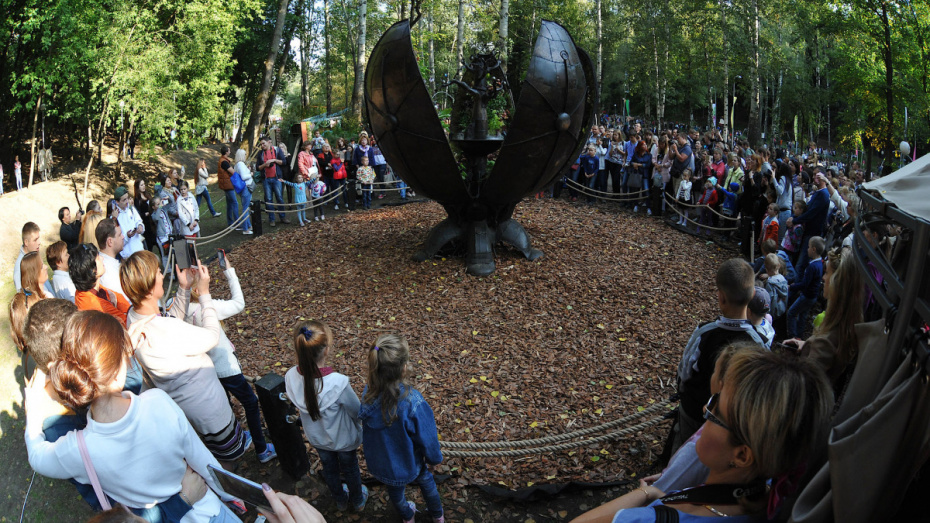 Gardens will remind Voronezh residents about their favorite characters and plays.

Theater will be the main theme of the Voronezh festival "Gorod-Sad" (Garden City) in 2019, the organizers reported on social networks on Friday, August 16. The gardens will be turned into theater venues that will remind visitors of their favorite characters and plays. The details have not been disclosed yet. The festival will be held in Central Park from September 5 to 8.

Some details of the future design became known from the contractor search tender published on the public procurement website. For example, the park’s pond will be filled with yellow artificial water lilies, there will be a theater area with an amphitheater, and a children's area with a swing and a straw trampoline. Workers will install animals made of stone boulders and make frames of wooden beams and decorative braids of wheat scythes on the exposition site with retro equipment.

The Voronezh – Gorod-Sad” Exhibition-Fair was first held in the city in 2010. The festival was organized with the support of the Governor and the Voronezh Region Government. In 2016, the event was attended by more than 150 thousand people, and in 2017 – by more than 220 thousand residents and guests of the region. The 8th International Festival “Gorod-Sad” was visited by more than 280 thousand people from August 30 to September 2 and was dedicated to two topics: the Year of Japan in Russia and the Year of the Volunteer.