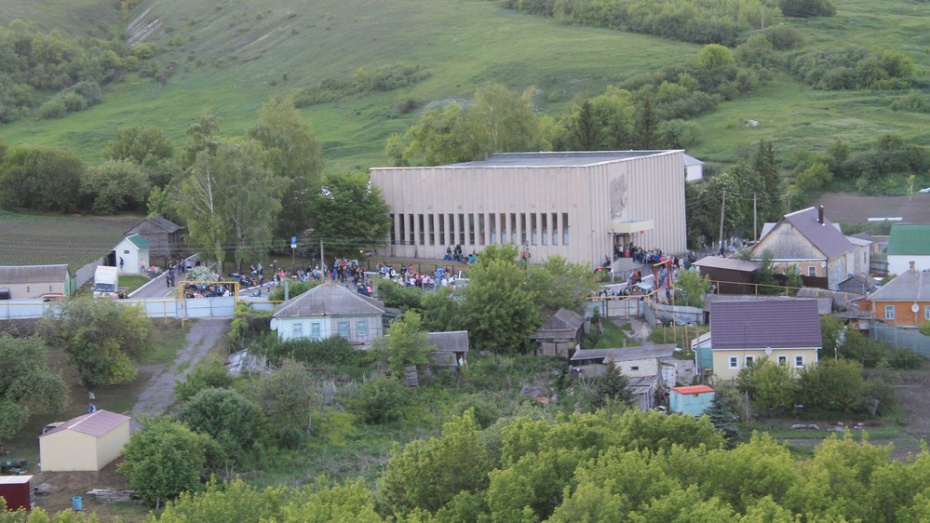 Scientists speak about the ancient inhabitants of Kostyonki.

Kostyonki, a small village in Khokholsky District of the Voronezh Region, is a real Mecca for anthropologists. It was there that one of the oldest human sites and settlements in Europe was discovered. Correspondents of RIA Voronezh found out how the first people had looked and lived on the territory of the Voronezh Region.

Among the first Europeans

According to scientists, the first human settlements appeared in Kostyonki 45-38 thousand years ago.

– Such a variation in dating is normal. It is that this era is simply very difficult for dating, and all methods have their limitations, – the main keeper of the funds of the Kostyonki Museum-Reserve Alexander Dudin explained.

Even taking into account all the variations, it was proved that the human settlements in Kostyonki are among the most ancient ones found in Europe. 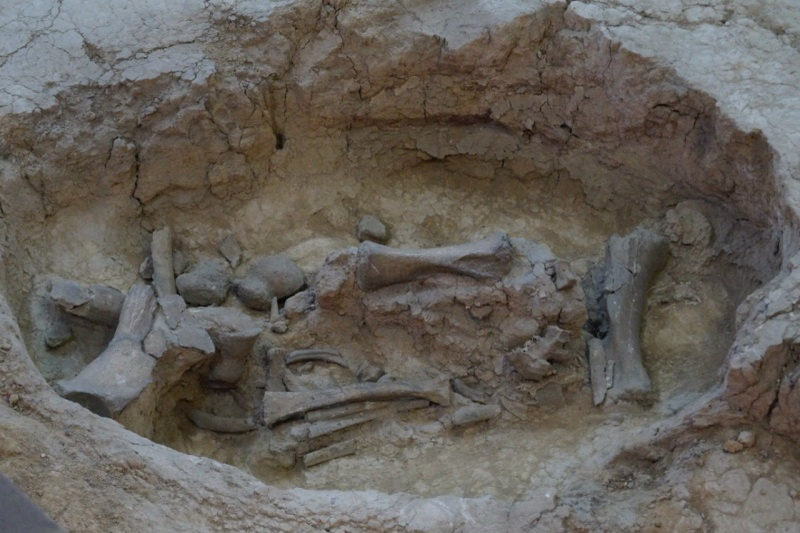 However, one should not think that the modern inhabitants of the region are direct descendants of the first settlers. People left these places more than once, but they certainly came back again.

– Those who saw how archaeological works were carried out in Kostyonki, could notice that the earth in the excavations is not of the same color, it goes in light and dark layers. These layers are sediments from different times, and by their color one can roughly understand what the climate was then. Dark sediments mean warming, and light sediments mean cooling. In those layers that are darker, we usually find something. But the light ones are usually empty. When it became cold, people left these places to go somewhere, and during warm periods they came again, – Alexander Dudin told.

The amount of findings from the most ancient sites is usually quite limited. What is left of them are mostly traces of fires and stone tools.

– Apparently, in those times, people lived in small groups of 10–15 people and did not build any capital dwellings, – Alexander Dudin added.

However, 20 thousand years ago everything had changed drastically. In Kostyonki, another period of cooling began, but people did not leave as they did before. On the contrary, the number of groups had increased significantly. People began to live in large villages and build something like fortified dwellings. These were round buildings in which mammoth bones served as supports. 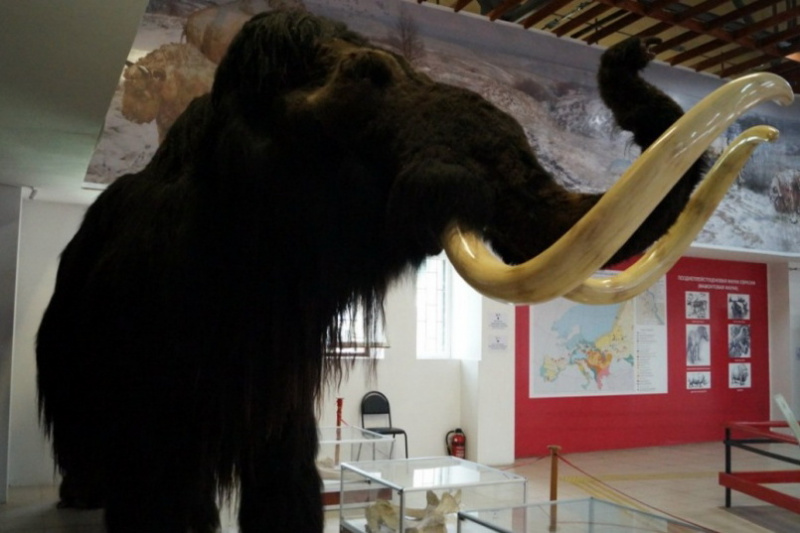 – We are used to calling these buildings dwellings, but in reality, everything is much more complicated, – Alexander Dudin said.

It was the bones, or rather their number, that prompted scientists to the idea that these structures were possibly not intended for housing at all. In one ancient dwelling, 3 thousand mammoth bones were found – that’s 64 animals.

At the same time, no such heaps of mammoth bones had been found in settlements from previous eras.

– Why did they have to kill so many mammoths to make yourself a home? Well, it can be assumed that the mammoths had already died out, and a person just came and took "building material", but, again, why so much? Perhaps something happened. Either it was an ecological cataclysm and mammoths began dying massively, or there was a gigantic migration through our territory. One mammoth is enough for a settlement for a year, – the main keeper of the museum-reserve funds reasoned. 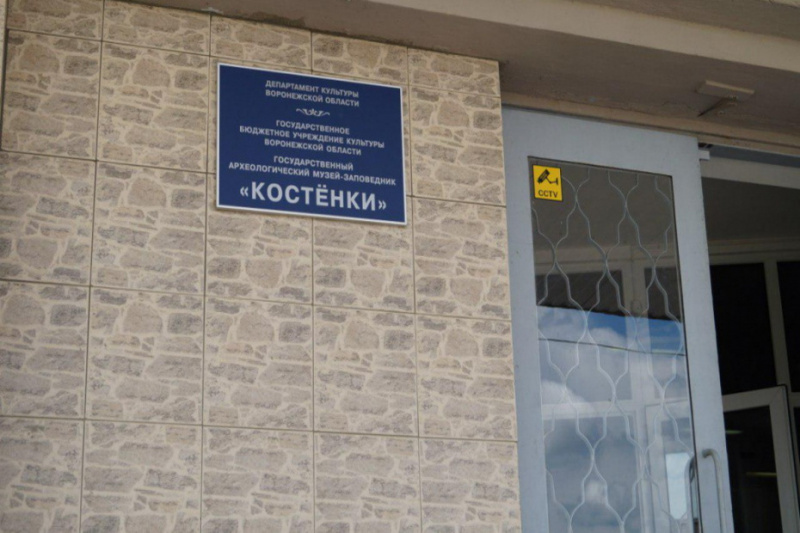 Scientists have an opinion that these are not homes, but ritual centers: altars or shrines.

Scientists can’t say exactly yet where the first settlers have come to Kostyonki from.

Only the first starting point has been established for certain.

– Most of the history of mankind actually took place in Africa. It was where monkeys had appeared which gradually evolved, stood on two legs, turned into people, and came out of this Africa. Well, it’s clear that they didn’t run to Russia right away, but they scattered around and eventually came here as well, – associate professor at the Department of Anthropology of the Faculty of Biology of MSU Stanislav Drobyshevsky said.

The ancient people who came to Kostyonki visually and genetically were quite different from the current inhabitants of the region.

– Modern paleogenetics shows that all the first Cro-Magnons (the first representatives of the people of the modern type who lived in Europe 50-10 thousand years ago – RIA Voronezh) were dark-skinned and dark-haired, and in most cases dark-eyed. Sometimes they had bright eyes too, but that was rather an exception, – Stanislav Drobyshevsky explained.

The face structure of the ancient inhabitants of Kostyonki was also different. At the eye level, the skull was flatter, and the jaws were much more underhung. Today, the Australian aborigines and some other equatorial peoples have a similar appearance, but it is not to say that their features match by 100%. For example, the ancient inhabitants often had a narrow nose not typical for the inhabitants of the equator, but typical of modern Europeans. Also, in most cases, they had massive skulls and a very large brain. So we can assume that they were smarter than us.

The height of the settlers was different, but it corresponded to the parameters of the modern man on average. But their life expectancy was much shorter. They usually lived for 30 years.

– At the time, they lived in the wild, moved a lot and ate organic food. It would seem a very healthy lifestyle. But for some reason, they died at 30. It is that at that time there was no medicine per se. The first health problem was usually the last. For example, trivial appendicitis, which is now not considered something dangerous, was very dangerous at the time. And an inflamed tooth could provoke rotting of the jaw and death. At the same time, we should not forget what kind of injuries they had then: hunting a mammoth with a spear is not the same as hunting ducks with a gun. And a fracture, especially a compound one, can not only make a person crippled but also kill him, – Alexander Nikitin, chairman of the Voronezh branch of the All-Russian Society for the Protection of Historical and Cultural Monuments said.

Another distinctive feature of the ancient people is that they were unusually different.

– A huge number of sites and a large number of cultures have been found in Kostyonki and Borshchevo. Unlike the Neanderthals, the Homo sapiens – people of our type – had much more imagination and created more variations of various tools, things, dwellings, and burials. And they themselves were extremely diverse. While the Neanderthals are all quite standard, the sapiens were extremely different, – Stanislav Drobyshevsky said.

The remains of one of the Cro-Magnon were found at Kostyonki 14, or Markina Mountain. Studies have shown that this man lived about 36.2-38.7 thousand years ago and is one of the oldest people found in Europe. 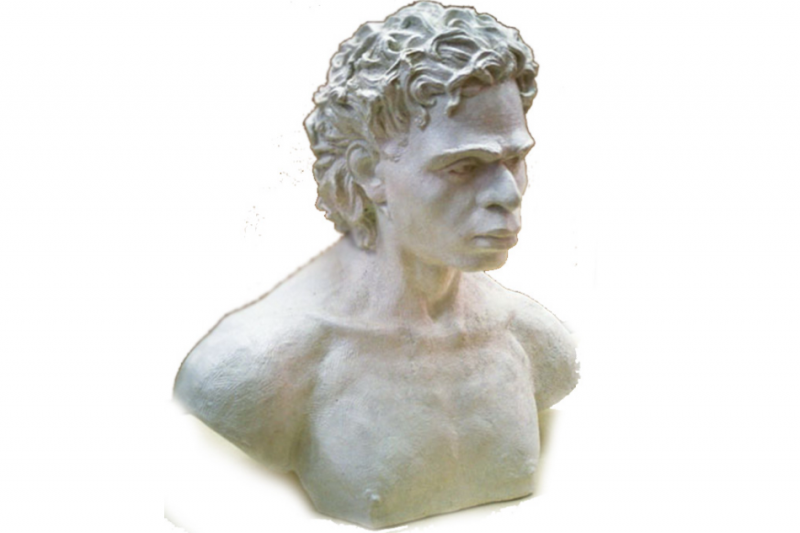 – His appearance is very similar to the New Guinean Papuans, but genetically, he is nothing like a New Guinean inhabitant, – Stanislav Drobyshevsky noted.

The genome of that person has been deciphered just recently. Studies have shown that the Cro-Magnon buried on Markina Mountain is genetically close to modern Spaniards and the people of India. But in general, his genome can be called very average. It has the features of all modern races.

This man, apparently, was killed by two blows of a spear in the stomach, since typical holes were found on his pelvic bone. Paleoanthropologists also found that, apparently, his tendons were cut after his death. It is assumed that the ancient people believed that the dead could rise from the grave, so they tried to additionally “immobilize” the dead body.

But the man found in another settlement - Kostyonki 2 - looks different. His appearance is very similar to the modern European’s. And he was buried in a completely different way: a “shed” of mammoth bones was attached to the dwelling, in which this person was placed in a sitting position. 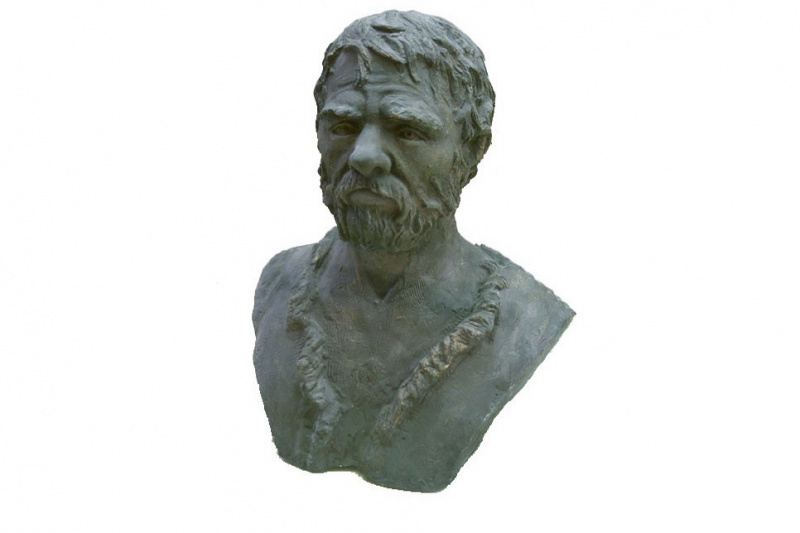 Other skulls have also been found, and they are all different too. Scientists suggested the following: people owed such a vast diversity in appearance to the fact that they lived in small groups - 10-15 people each. In this case, a clear sign of a particularly fertile person – for example, a big nose – could easily and quickly be passed on to most children and become the hallmark of the group. At the same time, all members of the group were related to each other, and, in order to avoid closely related interbreeding which leads to genetic disorders in the offspring, they often found a mate in other groups where people were as unlike them as possible. Then children were born combining the features of both parents and no longer looking like representatives of the previous generations.

It is noteworthy that, with all this diversity, it was not possible to find a single ancient man who would be an exact copy of a representative of one of the modern races.

– All this proves that there were no modern racial complexes in those days. There were some other races that lived and breathed, wandered here and there, and then, much later, turned into modern races, – Stanislav Drobyshevsky sums up.

However, scientists believe that the current situation is also far from the final point of development of our species.

– Many people think that modern races are something well-established and people will always look like they do now. It is a myth. We continue to evolve, the appearance of people is changing and, probably, in a few thousand years, our descendants will look very different, and races that are not here now will appear on face of the Earth, – Alexander Nikitin noted.

But what is so attractive about Kostyonki? Why have human settlements been arising in this place again and again for about 40 thousand years?

Scientists cannot give an exact answer to this question.

– I can assume that there is quite a convenient landscape here. In Kostyonki, the local ravine system was used for construction, meaning that people built their houses in ravines. If you look at it, the residents of Kostyonki still do it now. And this has a practical meaning, as it provides protection from the wind. Plus, there is a river nearby. And where there is water, you can always find a piece of "bread" – not in the literal sense, of course. Animals try to keep close to the water reservoirs, and the reservoirs themselves have fish in them, – Alexander Nikitin said.

There is information that Kostyonki is not the only place on the territory of the Voronezh Region where people have lived in the ancient times. But the traces of their stay have not remained to this day, because human remains decompose very quickly in some types of soil, and the rivers can erode them.

– We were just lucky in Kostyonki. There are wonderful geological conditions here, – Alexander Nikitin explained.

Kostyonki has another mystery. Not only has a single Neanderthal skeleton not been found here, but also no obvious traces of their culture. So far it remains a mystery why the indigenous population of the mainland avoided these places while the “interloping” Cro-Magnon men chose it. Perhaps someday scientists will find a clue.