The Stooges Brass Band in Voronezh: “We turn philharmonics into a nightclub” 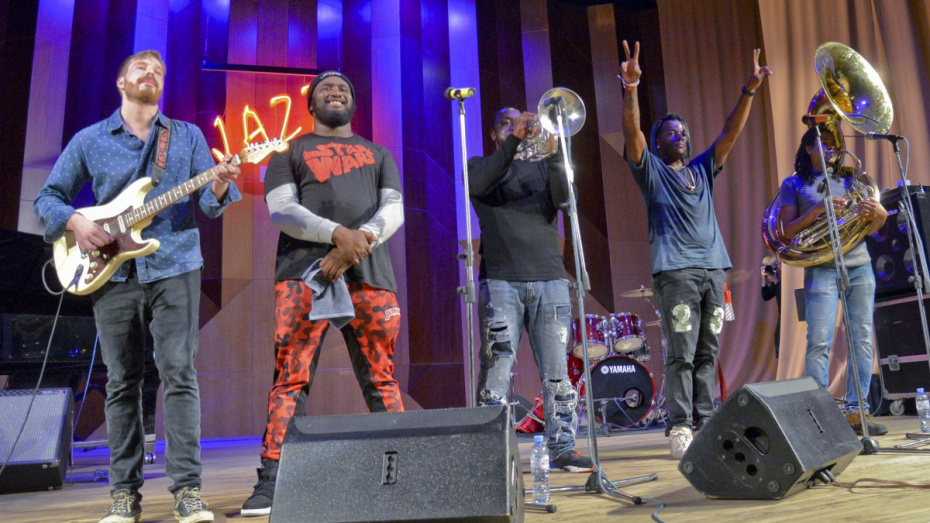 The musicians from the USA spoke about dancing on stage and how their songs had been born.

International Music Festival “Jazz Province” began in Voronezh on Friday, October 26. The headliner of the opening concert at the Voronezh Philharmonics was The Stooges Brass Band from New Orleans (USA). 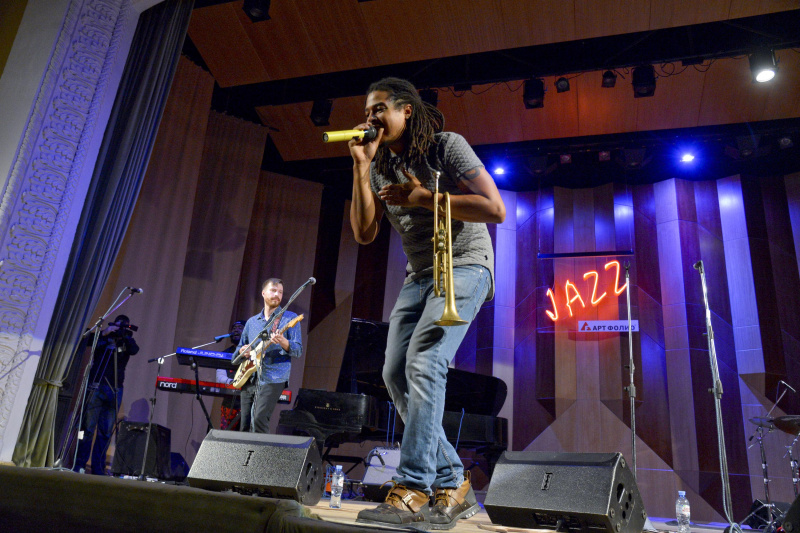 In their interview to the RIA “Voronezh” journalist, singer and bandleader Walter Ramsey, keyboard player Mike Jones, trumpet player and singer Javan Carter, and guitar player Elliot Slater told why they danced on stage and what they missed in Russia. 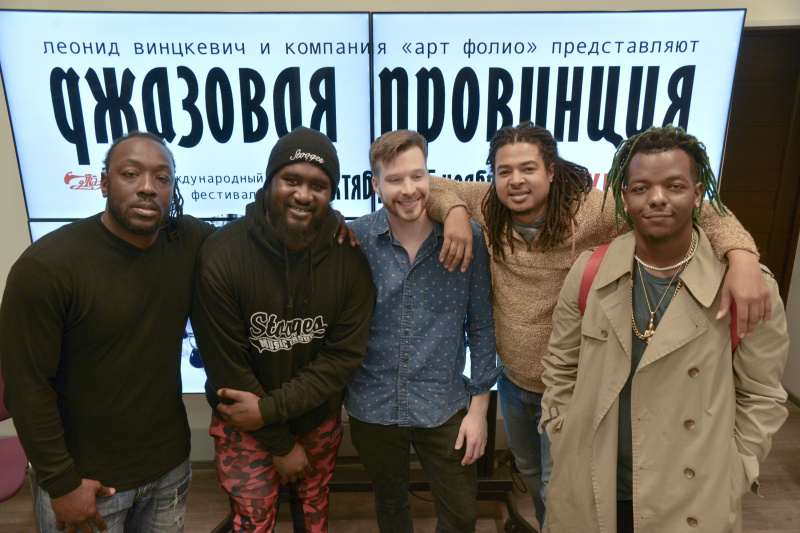 – Are your songs born from the lyrics, the melody or do you just start improvising during rehearsals?

Walter Ramsey: – It depends on many factors. Generally, it is safe to say that all these scenarios are possible. In addition, each of us writes lyrics, and each one has his own approach. In my case, the lyrics most often come to me together with the music. All my songs are based on feelings. A song can be born from pain, from visiting a place where I felt happy, from meeting a woman, and other very diverse emotions. I wrote the song Wind It Up after my stepfather had died. The lyrics just popped up in my head, so when I came to a rehearsal, we just had to come up with the music. The guys supported me, started playing something right away, setting the pace, and so we brought the song to a conclusion altogether. 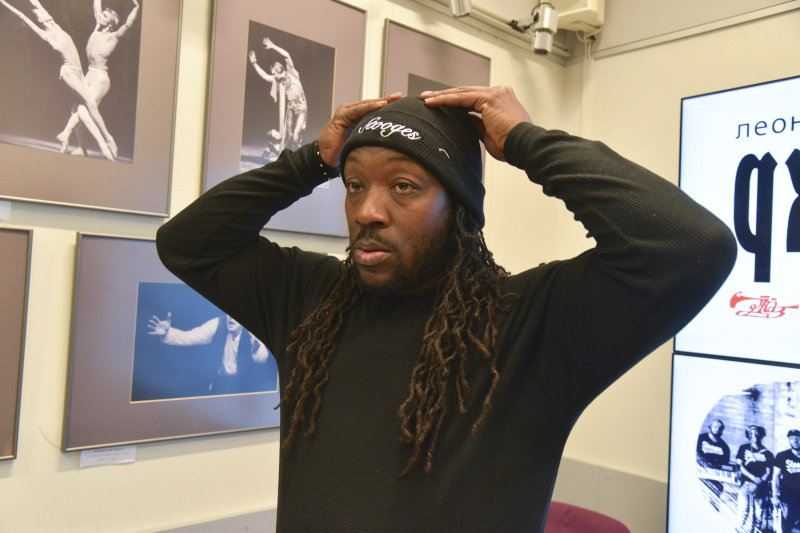 – The word “stooges” has several meanings: puppets, instigators, jokes. Which one do you feel is the most appropriate? How did you come up with the name of the band?

Walter Ramsey: – The word “stooges” means a cheerful, laughing man, a joker. We didn’t call ourselves that, we were just having fun onstage, and someone said: “You guys are stooges!” So we decided to keep the name for the band. 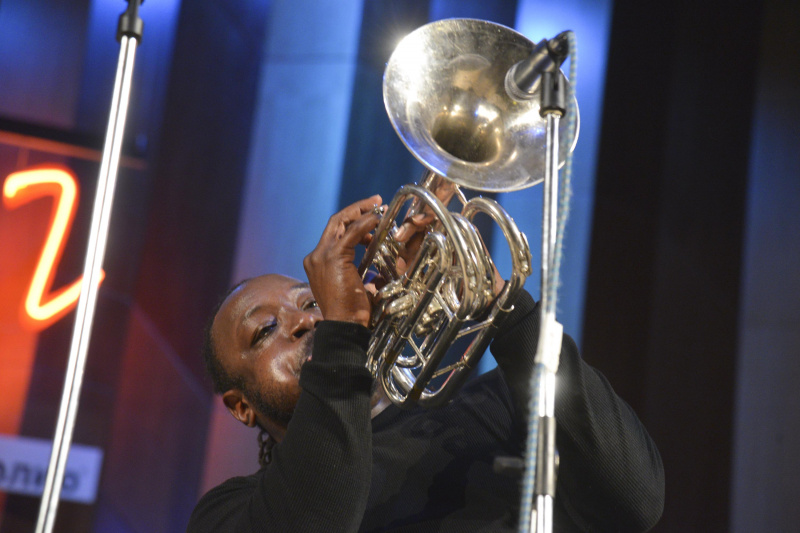 – The Jazz Province programme bill says you play a mix of New Orleans jazz, hip-hop, and R&B. And how would you describe the style you play in yourselves?

Elliot Slater: – there are different types of jazz played in New Orleans. Also, don’t forget that jazz is already a hundred years old, and today it is experiencing a new stage of development. Our repertoire includes many songs we play at the annual Second Line street parade. It is a festival where different jazz bands of the city hit the streets and play from the morning to late night making people dance round the clock. Our music has many elements of funk and hip-hop, we also often quote the works of other musicians that we all listen to, not just jazzmen. 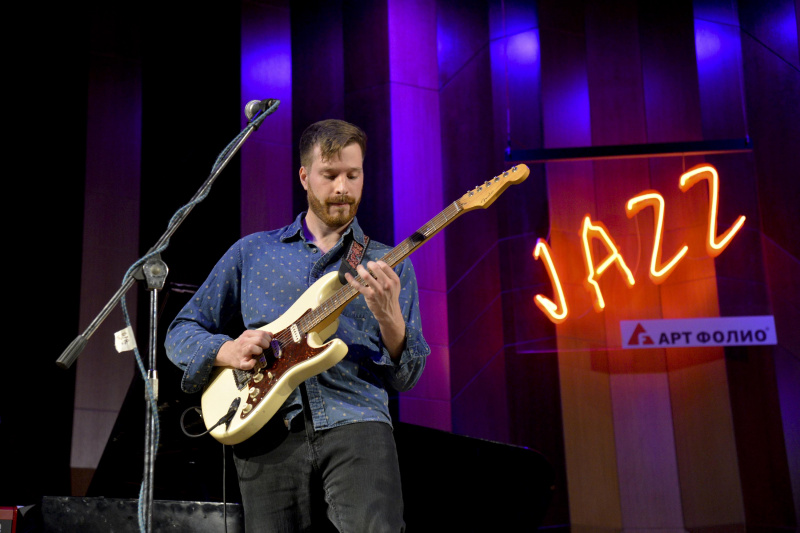 Javan Carter: – But most importantly we make people dance. It’s our own jazz. 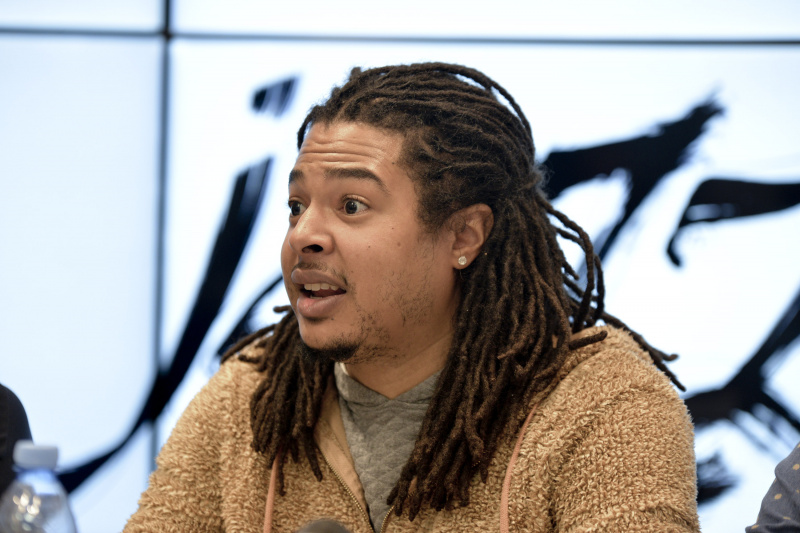 – – At your concerts, it is not only you who dances but the audience as well, no matter where the performance takes place. How do you do it?

Mike Jones: – We turn any philharmonics into a nightclub. 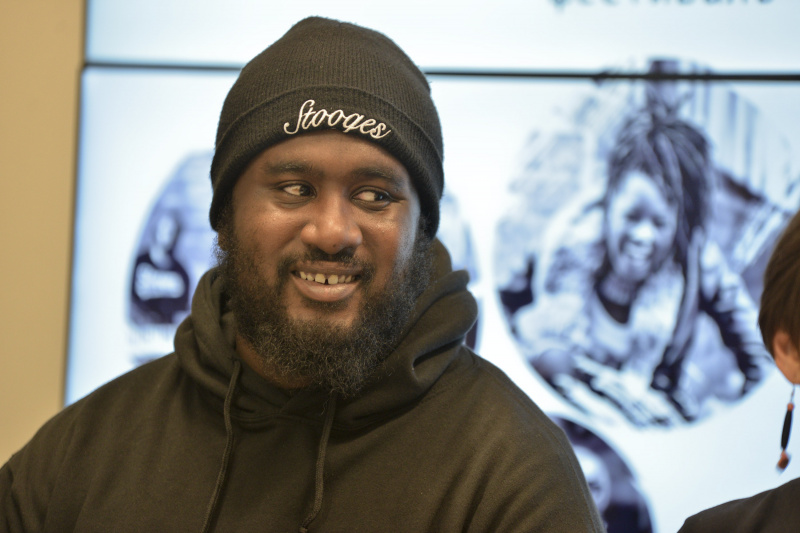 Javan Carter: – We’ve recently played in Moscow, also at philharmonics, and even before the start of the concert they told us that it was not customary to dance here – it’s simply a place where people are not allowed to do that. When we started playing, we saw a surprise, a shock in the audience’s eyes. But by the end, everyone was excited and dancing and no one cared what concert hall they were at. 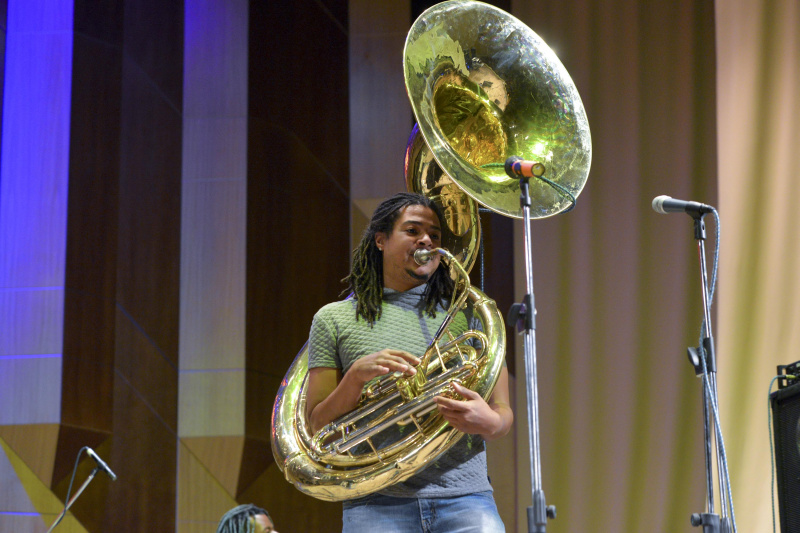 – How did you begin dancing onstage?

Walter Ramsey: – We didn’t always dance, at first we just played music at our concerts. But the band often accepts new young musicians, and each of them offers some new ideas related to the instruments, the music, the performances. I never reject any of them, because new ideas always liven things up. I’m not a tyrant leader who thinks everything has to be the way he says; on the contrary, I’m always in favor of learning something myself. And that’s what happened with the dancing: one time someone offered that we made some moves, and in the end, we liked it so much that we started doing it constantly. Now we can’t stand in one place during the concerts and we are surprised we ever did. All in all, we need to feel good onstage. We talk, play, dance and have fun, and because we feel so great, our condition is passed on to the audience, and people join us. 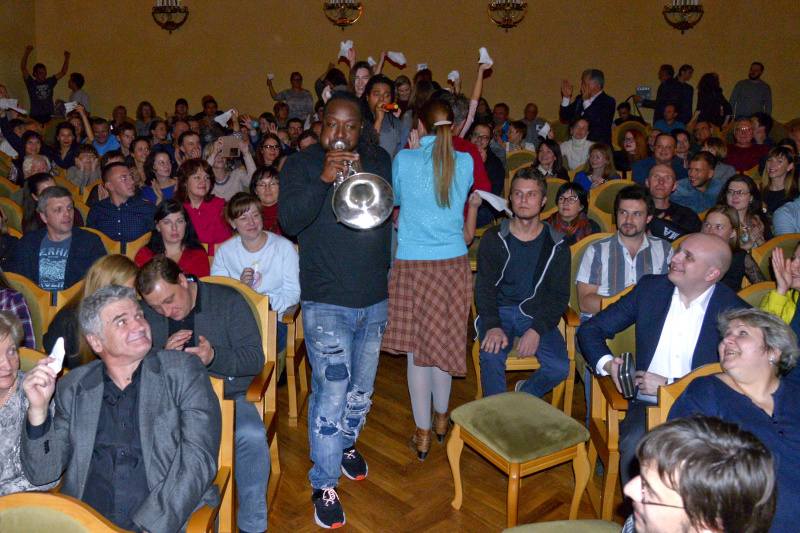 – You already have three studio albums released, and at the same time, your music contains a lot of improvisation. Does studio recording kill this live element of your music?

Walter Ramsey: – Working in the studio is very different from performing onstage. You could say that at the studio we record remixes of our own songs. Listening to the record is not enough to have a complete understanding of what our music actually is; of course, it sounds totally different at our live concerts. 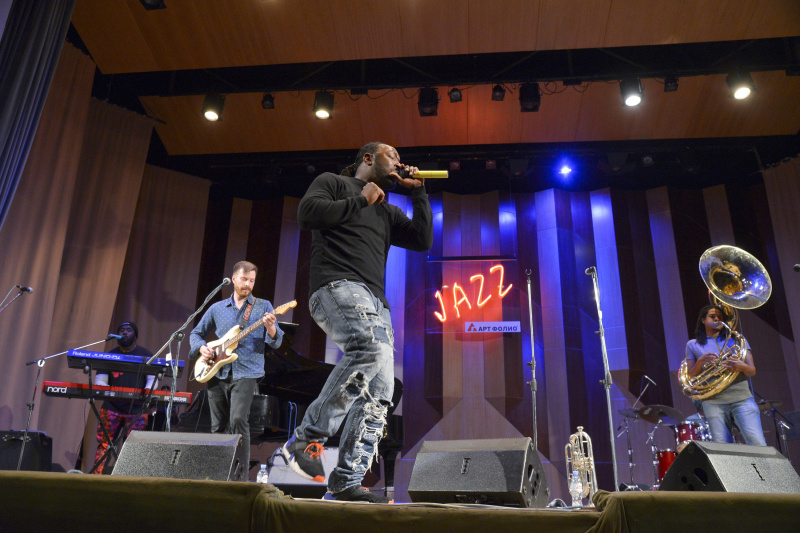 – You song Wind It Up was used in the soundtrack of the film Focus (2015). Was it written specifically for it? Do you constantly collaborate with the film industry?

Walter Ramsey: – This song wasn’t specifically written for the film, it was created long before it came out. One of our sources of income is music licensing. It means that we sell the rights for using our songs to various channels, networks and film studios. We have worked with ESPN, HBO. We also write music for the National College Association, we’ve recorded songs for the NCIS: New Orleans TV Company. And two years ago, Netflix launched the Buckjump project for which we had written the theme song. By the way, we are currently negotiating with Netflix to shoot a documentary about us. 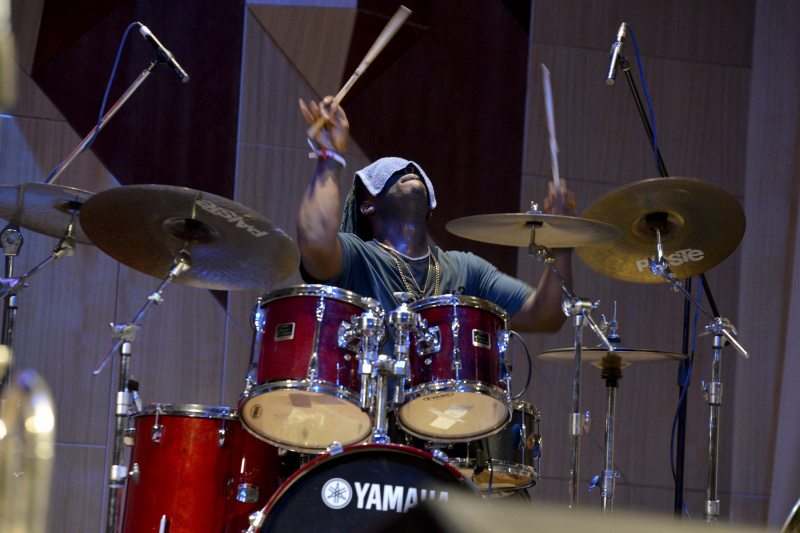 Javan Carter: – Many people in America believe that Russia is very cold, that it’s essentially a very dangerous place where one shouldn’t go. But we haven’t experienced anything like that yet. On the contrary, we feel that it is a hospitable country with friendly people. The only thing we miss here is spicy food. 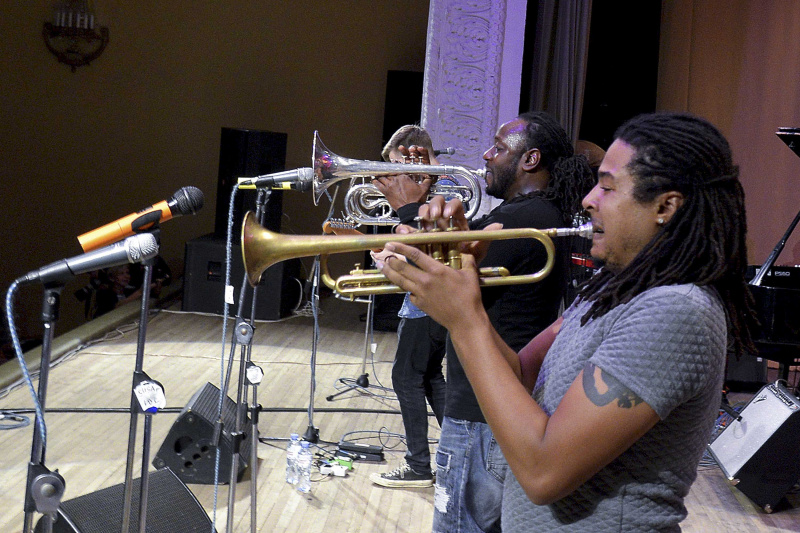 The Jazz Province Festival will be held in Voronezh until November 5. Its programme includes gospel singer Monique Thomas, a Norwegian duet of Espen Eriksen and Gunnar Halle, experimental German band Thea Soti & Electrified Islands and other musicians. For the full guide of the festival programme, read the RIA “Voronezh” article.