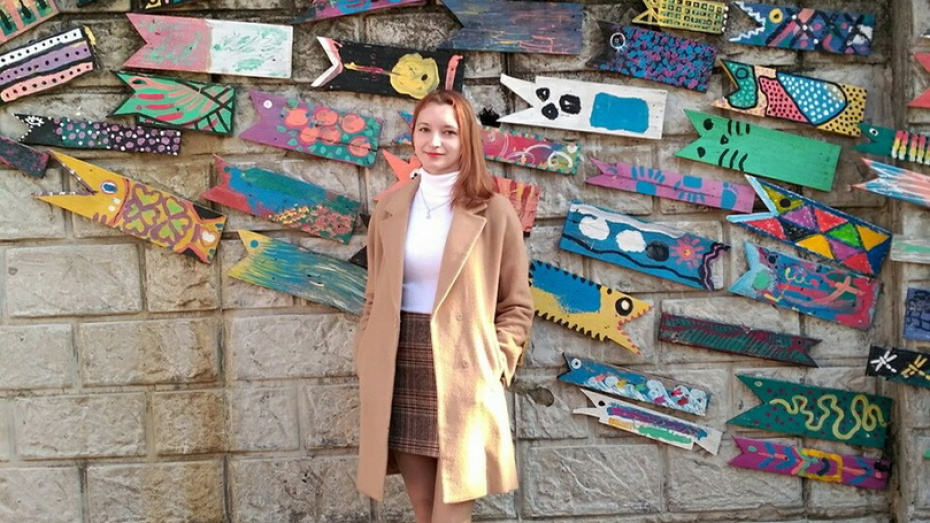 A native of Ertil, Oksana Kondaurova is a novice scientist in the field of medicine. Two years ago, she moved to South Korea to continue her studies at one of the most prestigious universities in the country - Yonsei University - and receive a degree. Oksana told the RIA Voronezh correspondent about how she studied and worked in Seoul and about the local traditions. Oksana decided to become a scientist as a child after watching a video about the Faculty of Medical Physics and Bioengineering of the St. Petersburg Technical University her mother showed her. As a child, Oksana already had access to scientific literature stored in her home library, she was fond of reading encyclopedias, and her parents explained difficult concepts and terms to her at a professional level. This developed her curiosity.

‘I want to help people, bring humanity closer to solving fundamental issues in the field of healthcare,’ - Oksana Kondaurova confessed.

After graduating from the Ertil school with an in-depth study of certain subjects, Oksana moved to St. Petersburg. Having received a degree in medical bioengineering physics at the technical university, the girl entered the master’s program at St. Petersburg State University in neurophysiology. While working at a research institute, she taught biology to freshmen at a pediatric university.

Oksana is currently pursuing a Ph.D. in cellular and molecular biology in South Korea. This degree is awarded in the West and in some countries of the former USSR, particularly in Kazakhstan and Ukraine, for special achievements in the study of not only philosophy but also other fields of science. Ph.D. is a foreign cross between a candidate of sciences and doctor of sciences degrees. 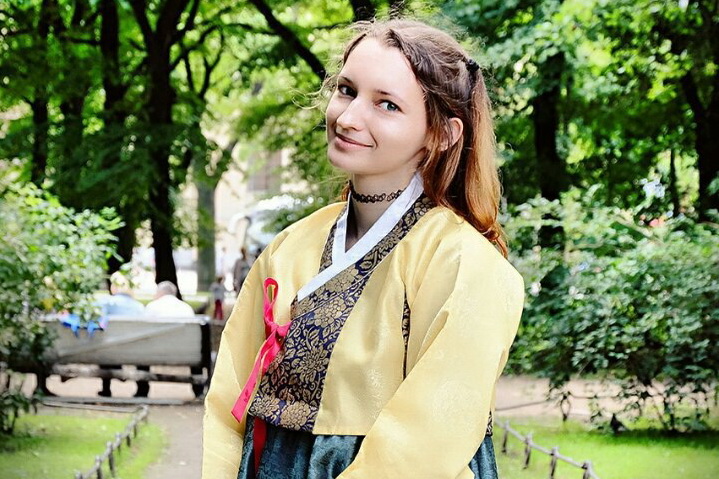 ‘The prospect of international practice became a fundamental factor for me in moving abroad. In addition, research work in the medical field is a rapidly developing area in the modern world. My parents supported my decision,’ - says Oksana Kondaurova.

Oksana applied for a special scholarship - the Global Korea Scholarship (GKS) grant provided by the Korean government. It enables the best international students to get free higher education in South Korea. The state pays the scholarship complemented by the university payments for obtaining a medical specialty. The grant covers the cost of tuition and flights, the student is provided with a one-time payment upon arrival in Korea, a monthly scholarship from $ 671, medical insurance, and the opportunity to take language courses.

According to the girl, the selection for the grant is quite serious: in addition to great academic performance, special attention is paid to letters of recommendation (from the professors) and motivational character. 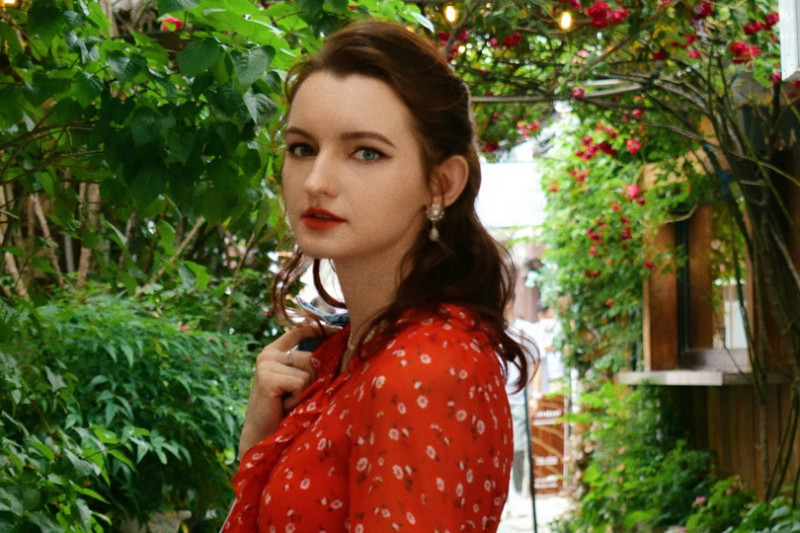 Fluency in English gave the girl advantages in the early stages of living abroad. Oksana studied Korean for a year while living in Busan (the second-largest city in the country after Seoul) and it was not so easy for her. At the same time, according to her, Koreans are ‘embarrassed to speak English’, preferring their national language, so there is still some language barrier. Oksana speaks Russian mainly with her parents on the phone and admits that she misses her native language.

Oksana combines her studies with the work in the lab where she studies the processes underlying metabolic diseases: diabetes mellitus, Alzheimer's disease, and related diseases.

‘I was pleased with the equipment of laboratories in Korea, the level of organization, and a high level of availability of all reagents, so it is comfortable to work here. In addition, the Korean university gives access to all scientific libraries and magazines. Acquaintance with scientific papers the cost of which can go up to $60 is an expensive pleasure, but professional status requires daily reading of literature of this format,’ the girl said.

The country has a demand for doctors, teachers, lawyers, there are many office workers. Workaholic Koreans spend an average of 12 hours at work. Employees of the laboratory where Oksana works are there from 9:00 to 20:00 every day and sometimes work can drag on until 2:00. There are long weekends twice a year but no more than four to five days straight.

According to Oksana, Koreans are responsible and law-abiding. At the same time, they often protest and go to demonstrations, but such public protests against the government are accompanied by concerts. The unemployment rate is becoming the main social problem in the country. 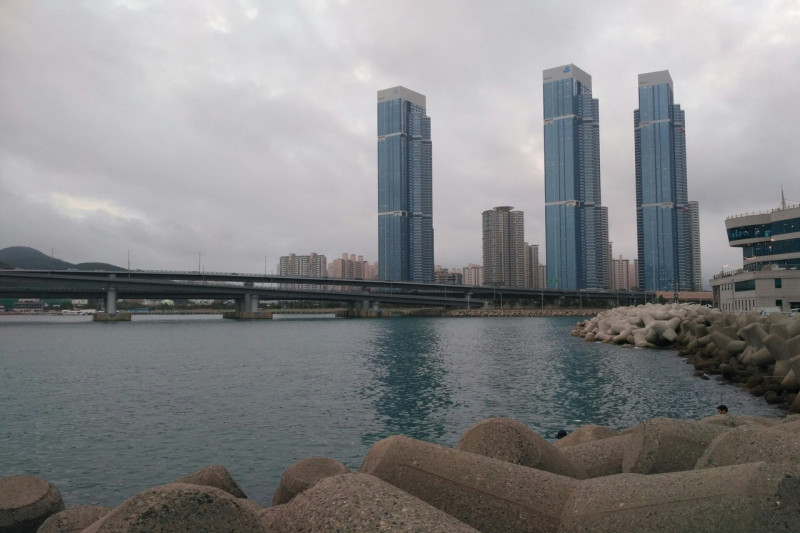 Seoul, the capital of South Korea, is located in the north of the country, on the Hangang River. The time difference is plus five hours to Moscow time. The city is one of the most expensive in the world. Skyscrapers here side with Buddhist temples, and artisans' shops - with the villas of the rich.

Seoul has over 10 million inhabitants, the vast majority are Koreans. The population is rapidly aging: Oksana attributes this to the fact that the youth's stake on career growth has led to a low birth rate while life expectancy is growing.

Due to the proximity of the sea, winters here are short, almost snowless but stable with hot and humid summers and dominating monsoons.

During the period of her stay in South Korea, Oksana had seen snow on only one day during the entire winter. In August, the temperature stays up to +35°C or +40°C degrees, and in the spring, the wind brings yellow dust from the Chinese desert. The heavy metals in it can cause heart attacks, lung cancer, respiratory problems, allergies, and skin problems. According to the girl, information about the state of the dust is sent to phones every day, so people often wear masks with filters.

In the country completely covered with picturesque mountains, a popular activity is trekking is - hiking along the trails and national parks equipped for it. Traditional leisure activities are especially in demand among older people. Oksana has not yet been able to find enough time for tours to historical sites. 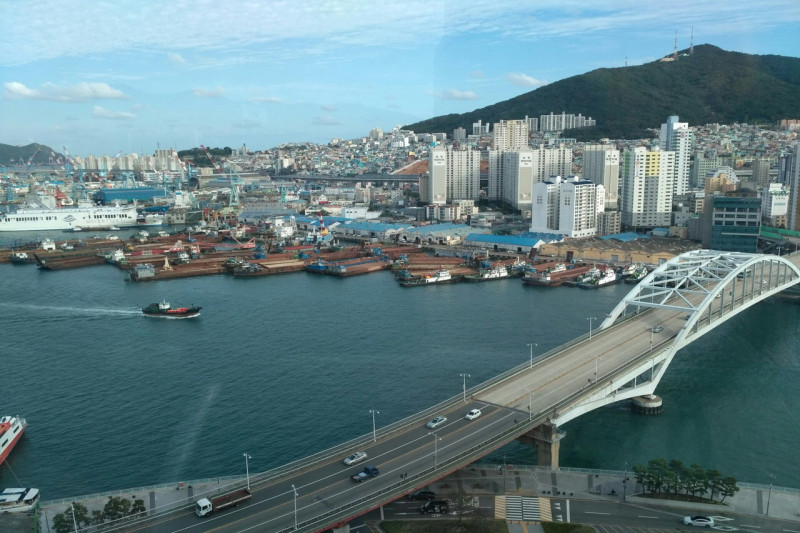 Various types of martial arts belonging to the oldest traditions are considered the main areas of the Koreans’ sports life.

A popular means of ground transportation in Seoul is the air-conditioned high-speed buses running on special lines. At the stops, there are electronic scoreboards telling you how many minutes left are there to wait for the bus. Smoking in the streets of Seoul is prohibited.

The country celebrates Catholic Christmas on December 25, but Oksana and her friends celebrate New Year. They celebrate in a restaurant in the Russian district where, surprisingly, one can scarcely meet Russian compatriots but can eat national cuisine. However, the Koreans do not hold Catholic Easter in high esteem.

Oksana argues that street crime in South Korea is minimized, drugs are not yet as widespread as in the West, and pickpocketing does not occur in Seoul at all. If you forgot something on the street or in a cafe, it will most likely be there when you come back for it. Here you can walk at any time of the day without fear for your life, the girl believes.

‘When it comes to cuisine, Korean food is spicy and it is often difficult for me to choose food for myself, while European food is not cheap,’ Oksana admitted.

She lives in a dormitory in the student district where it is quite possible to dine for five dollars. At the same time, you have to pay 10-15 dollars for European dishes.

Fruits and vegetables are expensive in Korea. Koreans don't cook at home, home delivery is popular.

‘I do not have a kitchen in my dorm, the last time I cooked was a year ago. In general, cooking food yourself would be more expensive here. The average salary in the city is 2 thousand dollars,’ says Oksana. ‘Koreans often carry pocket dogs in the streets. It is difficult to find a trashcan but it is clean here and cleaned on time. The locals love to watch foreigners. Koreans are not aggressive, they just stare at you for a long time.’

Koreans have a peculiar idea of desserts and little salty food, so Oksana is happy to wait for a parcel from Russia with snacks, chips, and crackers. In Korea, these snacks are either sweet or savory but not salty. Garlic buns stuffed with jam are popular. You can rarely find bakery products and those that are available are sweet.

The Russian student likes mild soups with chicken and beef, noodles and vegetables.

‘In many restaurants, you pay only for food but water is free. You can try fresh fish in the market where they will cook it right in the restaurant. I spend my free hours with my friends shopping and going to the cinema,’ Oksana shared.

The country has a cult of beauty, and people whose appearance does not correspond to its strict canons cannot even find a job, therefore plastic surgery clinics occupy an honorable place in Korea along with such developing industries as electronics, trade, mechanical engineering, construction, and telecommunications. In Gangnam, Seoul, there are plastic surgery clinics at every turn. According to Oksana, in the pursuit of beauty, people sometimes look terrifying.

Many establishments in Seoul attended by the girl combine a light breakfast with unusual cosmetic procedures.

‘Visitors take off their shoes and put their feet in a bath with water where small fish splash gently eating dry skin from the guest's heels. And they come to dog and cat cafes to spend time in the company of the furry friend without having to waste energy on taking care of him,’ Oksana told. 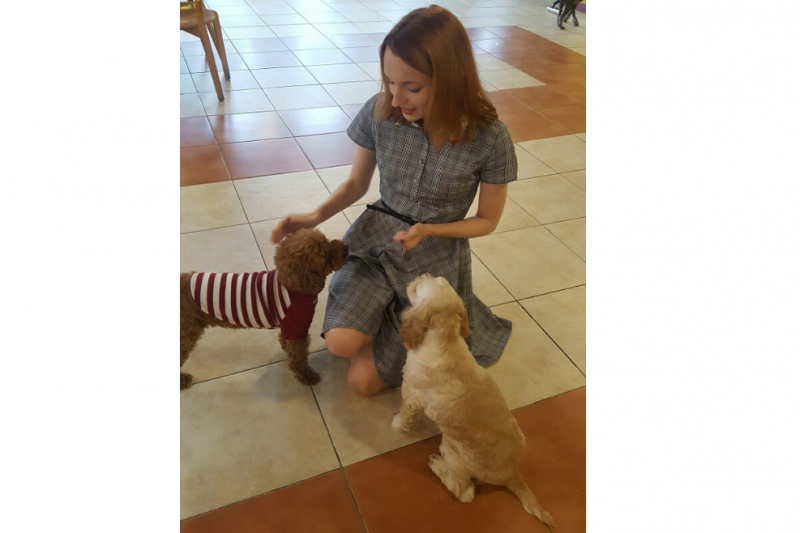 After having left for Korea, Oksana has never been to Russia.

‘In my case, a vacation lasts four days. It is possible to travel only within the Asian region. If I come to Russia, I will most likely stay in St. Petersburg. I have Russian citizenship, I am not going to change it. Perhaps, after graduating from graduate school, I will apply for a long-term visa in Korea – it’s an analog of a residence permit issued to permanent residents which in fact provides all the benefits that citizenship has,’ the girl explained.

Due to the situation with the coronavirus, students are now studying online, but the pandemic has not affected Oksana's work in the laboratory. Also, enterprises and public catering continue to operate in the same mode.

‘I still hope to visit Russia in the near future. My mother flew to visit me once and she liked the Korean cuisine. I don’t forget my friends from St. Petersburg, I send them parcels with sweets and cosmetics,’ the girl told.