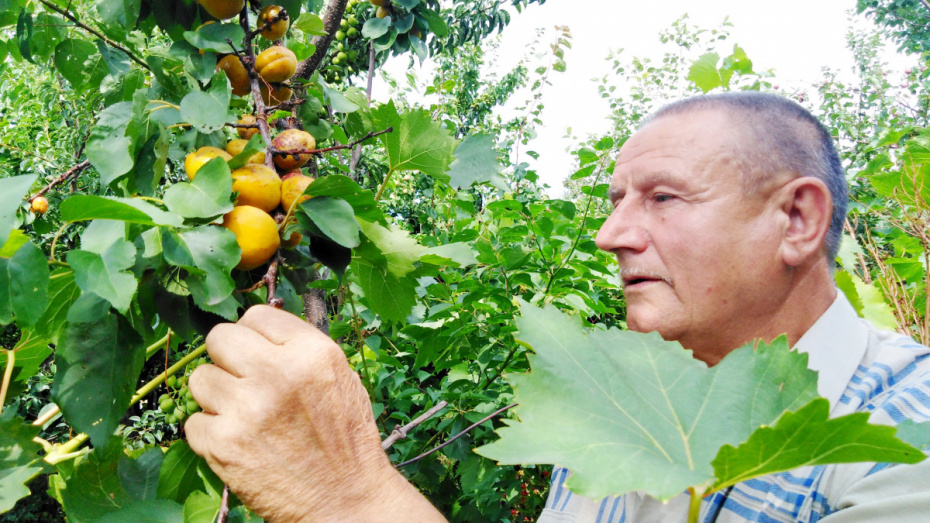 Alexander Rubtsov has been breeding for about 40 years.

Alexander Rubtsov, a resident of Gribanovka, breeds his own varieties of fruit trees. Some are grown from seeds, others by grafting. His hobby, which is about 40 years old, is what Alexander Rubtsov told the RIA Voronezh correspondent about.

The trees in the garden of the Gribanovka resident are neatly pruned, there are many fruits on the branches.

‘Even with just one tree, you can grow different varieties of apples or pears on it,’ Alexander Rubtsov asserts. ‘To do this, you just need to graft the tree. Branches grafted to another tree will bear the same fruit as the parent tree. You can also create frost-resistant breeds. It's a pretty fun and creative process.’ 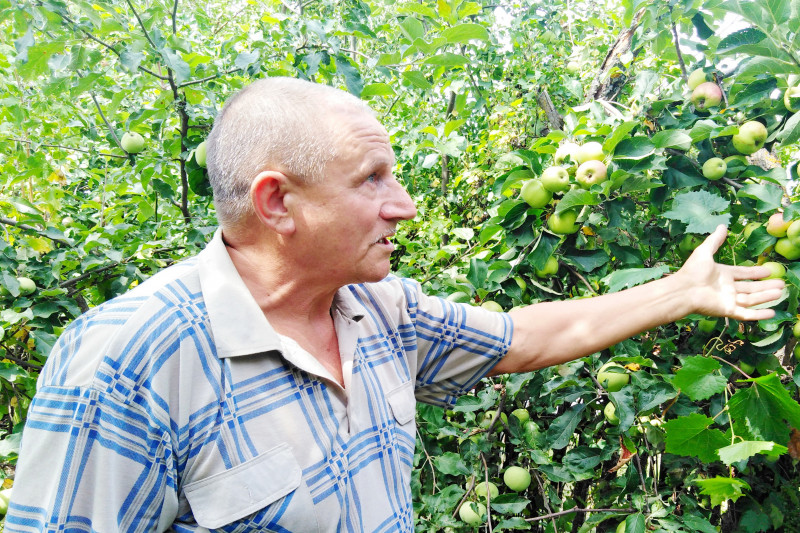 ‘Here I have several varieties of cherry plum growing. This one is yellow, it is a bit smaller, and over there is a blue one which is much larger. There is shadberry, mulberry, chokeberry. We use the fruits of each tree on the farm. Some berries we simply eat as soon as they ripen. We use cherry plum to make compote for the winter, we use honeysuckle to make jam. Some of them we dry or freeze. Each berry is useful. For example, chokeberry is good for lowering blood pressure.’

The man showed several trees of apricots, pears, apples. He remembered that he once brought two apricot twigs from Rossosh and planted them on a plum tree. It bore fruit for two years and then stopped. This upset the gardener, he decided to re-graft the apricots onto another plum. After that, they began to bear fruit well. When the other apricots stop bearing fruit, the fruits on that tree remain for quite some time. 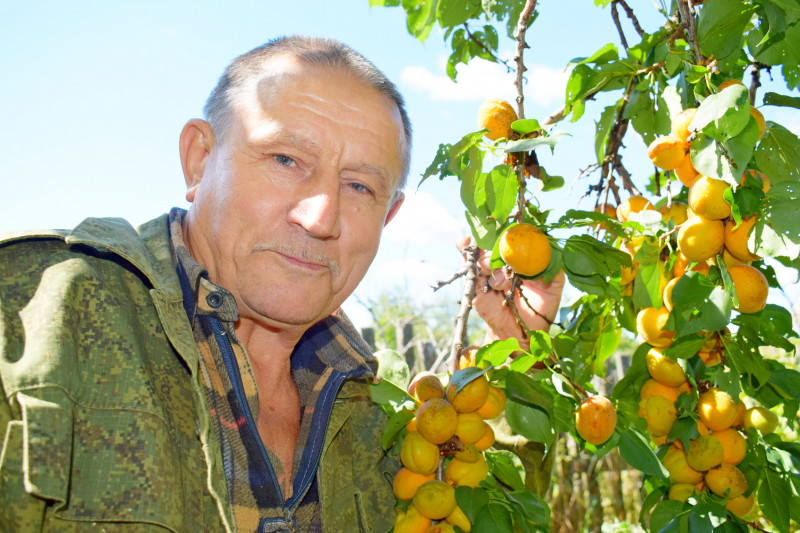 ‘I've tried a lot of things. For example, I grew cherry plum from dried fruit seeds. 50 trees had grown, but only one of them remains. It was sick for a long time. I re-grafted it several times and then planted it under an apple tree and forgot about it. After a couple of years, it produced six buckets of cherry plum. I grafted Rossoshanskaya dessert pear on to a Kieffer pear. Very delicious fruits turned out. It is important to buy seedlings of proven varieties. Otherwise, you can simply waste time experimenting and not have any fruits in the end. I used to dig wild pears in the forest and tried to plant them, but they don't make it.’

Every year, Alexander rejuvenates the trees by doing rough pruning, preventing them from growing upwards. Otherwise, he believes, the harvest will be less.

‘I graft pears every year. I grafted ten varieties last year. Some of them were brought by my brother from Saratov, others I bought in Rossosh. I'll see how they will grow in our area. In Rossosh, there is more water and the climate is milder, so pears bear fruit abundantly there. I went to Ternovsky District, to Aleshkovsky Garden. It is only 40 km from us. Some pears there are more suitable for our area. The varieties that do not grow I immediately remove so that they do not interfere.’ 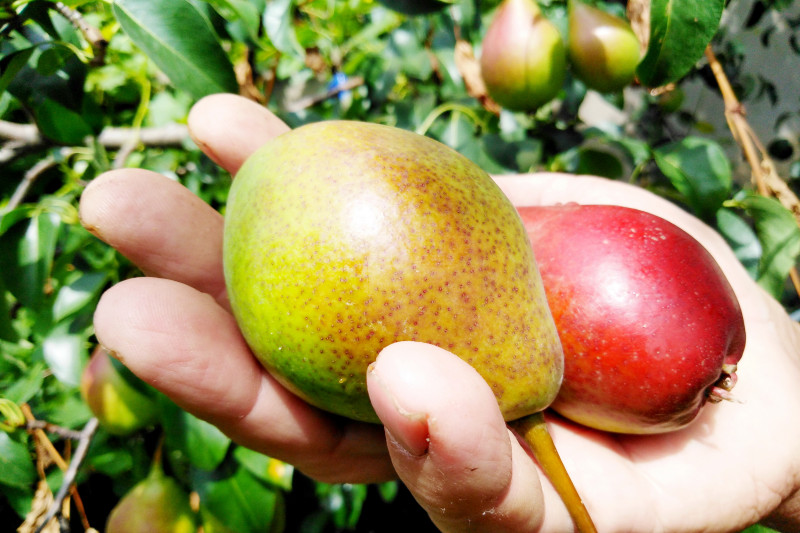 There are several varieties of apples growing on each apple tree in Alexander Rubtsov's garden: Korobovka, Presny Sok, Ranetka, Aport Krasny. This is how he’s trying to find a variety resistant to disease and frost. The experienced gardener tried to grow German and French varieties but they did not take root. He bought seedlings of the Spartan variety, but they did not make it even though they do in the neighboring Novokhopyorsky District. Most of all, the gardener likes Michurin varieties: Anis Aly and Antonovka. 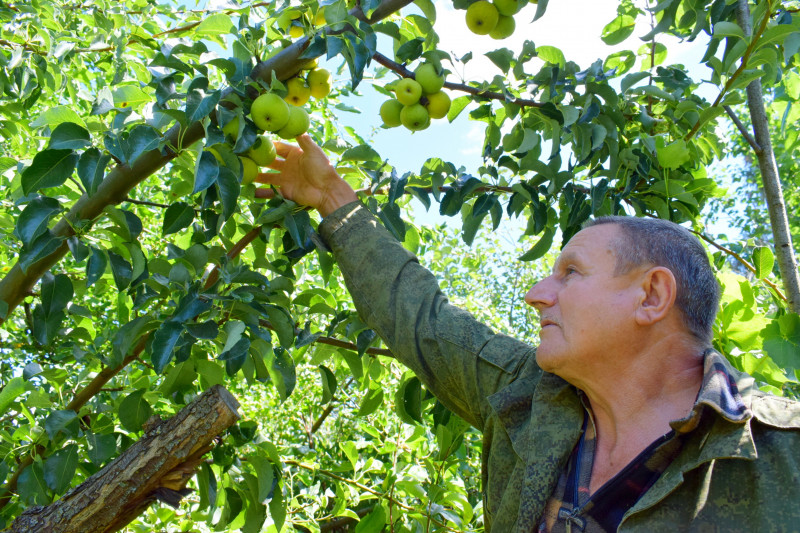 Also, Rubtsov's garden has nine varieties of lilacs: from white to purple.

To achieve success in gardening, the Gribanovka resident read all the research works of the Russian breeder Ivan Michurin.

Knowing about Alexander Rubtsov’s passion, his brother constantly brings him something new - once, for example, he brought walnut and dogwood twigs and five varieties of grapes from Crimea. Alexander planted them, looked after them, but a year later they died - they could not bear our cold winter.

There are grapes growing in every corner of the garden. Alexander considers the Lydia variety to be the most unpretentious. It is frost-resistant, so there is less hassle with it. 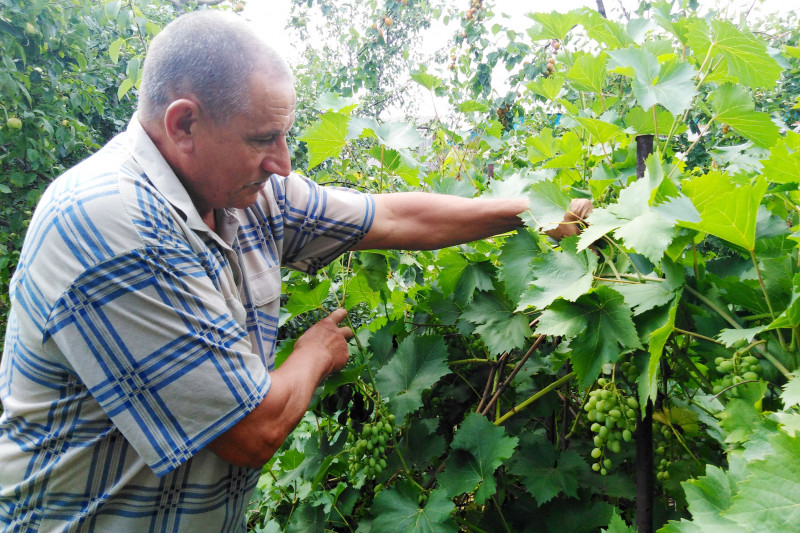 ‘From experience, I realized that the best material for planting a garden were seedlings grown in local farmsteads, from cuttings cut from apple trees and pears that had grown and overwintered in our area. In search of them, I’ve traveled to all the nearby gardens. I’ve been to in Chicherino. There once lived my grandfather, a well-known gardener in the district, people came to him from all parts of the district for seedlings. He brought cuttings from the old gardens of Kirsanovka and Posevkin.

In recent years, Alexander Rubtsov has bred three pears with increased winter resistance. They bear fruit well. You can also grow a pear by cuttings, both in spring and autumn. You need to buy a stalk in May that you can graft yourself. For those who do not know how to graft, it is better to buy a ready-made seedling at the end of summer, but it needs to be planted it before mid-September so that the roots of the tree have time to get stronger before the cold weather.

The gardener treats seedlings sold on the market with caution:

‘Not everything that sellers offer should be bought. It’s better to bypass seedlings with pretty labels promising early and sweet European pears. They will not take root here. And if they do take root, the fruits will be small and hard or large but tasteless.’ 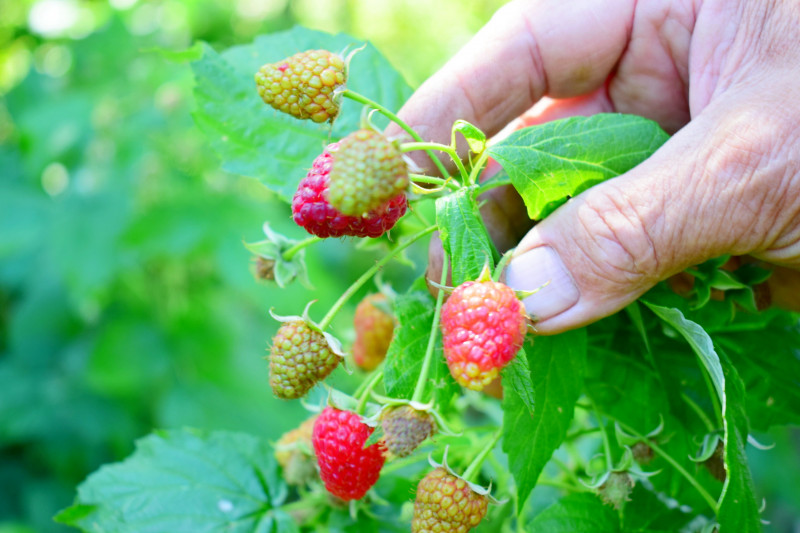 Alexander Vasilievich believes that any fruit tree should undergo pruning. Also, pomaceous fruit must be whitewashed in autumn. This will protect the tree from burns that usually occur in late February or early March.

‘If there is no rain, I try to water my nurslings from the well,’ said Alexander Rubtsov. ‘I water the trees several times a season and they answer me with abundant fruits. My trees like it when I water them in the evening with a hose after intense heat.’

Alexander Vasilyevich willingly shares cuttings with other gardeners, treats his relatives and friends with fruits.