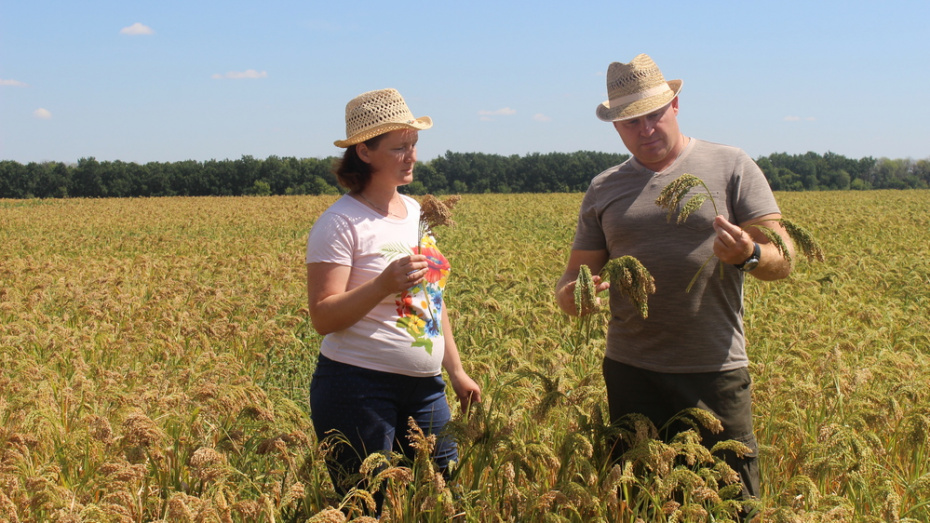 They were included in the state register of breeding achievements and allowed for use.

Breeders of the Dokuchaev Scientific Research Institute of Agriculture of the Central Black Earth Belt in the Talovsky District have developed four new varieties of grain crops. They were included in the state register of breeding achievements and allowed for use. The head of the winter wheat and triticale breeding laboratory at the Research Institute Boris Dorokhov told RIA Voronezh about this on Monday, August 10.

The Basalt-2 and Chernozyomka-130 varieties of winter wheat were created by Boris Dorokhov, the Ikorets spring barley – by the head of the spring barley breeding laboratory Lidiya Ershova, the Stepnoe-9 millet was bred by candidate of agricultural sciences Andrei Surkov, a second-generation breeder.

The barley for brewing, it is adapted to our area and has a high starch content as its feature. In wet years, it is resistant to lodging, tolerates drought well, and provides stable yields.

‘Winter wheat was created for growing in the regions of the Central Black Earth Belt. I hope they will prove themselves successfully in the conditions of the Middle Volga region and Tatarstan,’ said Boris Dorokhov. ‘This wheat has a high yield, perfectly tolerates winter frosts and summer droughts. We are now breeding these varieties. The potential yield is about 10 tons per hectare.’

Andrei Surkov has been working with millet for over 20 years:

‘Millet of the new variety is unique. It passed the variety testing in two years instead of three. The mid-season high-yielding variety effectively uses precipitation in July and August for growth, is resistant to major diseases, heat-resistant, suitable for harvesting by direct combining. It can produce up to 6 tons of grain per hectare.’