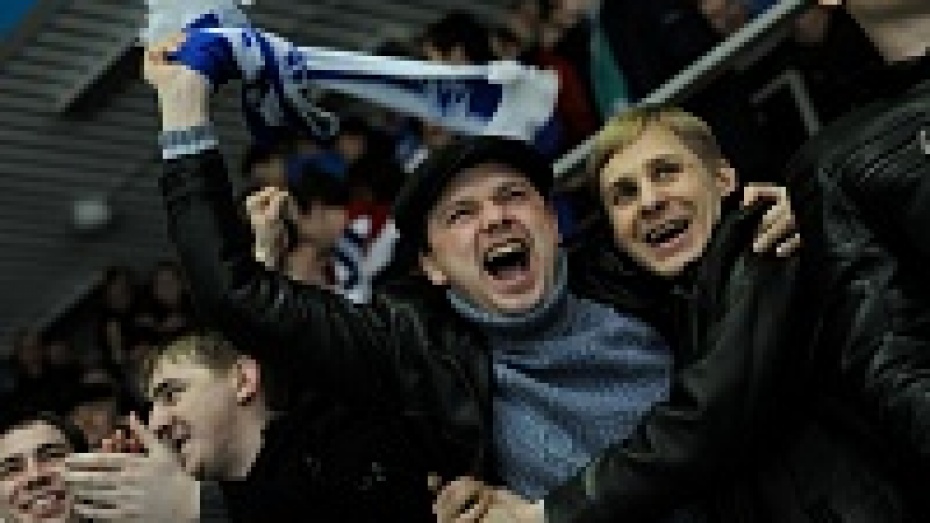 The first VHL playoff 1/8 final game of Voronezh Buran has ended a few minutes ago in Tver. The match was held unusually late in the evening because of the Paralympic Torch Relay. Victor Semykin’s trainees won 3-1 and led 1-0 in the series.

The scoring was opened in the 10th minute by the best sniper of “Buran” following the results of the “smooth” season Alexander Sherbina who scored with a powerful shot finishing the blitz started by Denis Makarov, and continued by Constantine Mayorov.

6 minutes before the first break the home team’s defenseman Sergey Dorofeev was sent off the ice for throwing the puck. Tver players almost managed to fight back, but still 7 seconds before Dorofeyev’s come back from the penalty box, Buran managed to press the goaltender Roman Smiryagin, and Victor Dovgan scored - 2:0.

During the ending of the first and the beginning of the second periods the home team showed the great power play after Roman Smirnov’s penalty. But Denis Cherepanov was excellent, who made some spectacular saves. The game somewhat leveled off by the middle of the period, and the tome team’s goaltender had to get into the game several times. And THC’s mistake in the 32nd minute led to the third goal. Evgeniy Steiger was left all alone, Mayorov passed the puck from behind the gate, and Buran’s defenseman scored - 3:0.

The home team again possessed the puck during the third period but Cherepanov continued to work wonders. Tver got a good chance to reduce the gap in the 45th minute when Ruslan Bernikov hit an opponent in the face with his stick accidentally. The forward was charged with a major penalty and ejected from the game. And after 50 seconds the home team opened Cherepanov’s gates. Defenseman Andrey Spiridonov scored into the lower corner.

“Buran” was still playing shorthanded, but Tver players failed to disappoint the guests once again. After the teams were balanced, the home team once again gained possession of the puck, but Buran coped with the pressure, and had several dangerous attacks. 52 seconds before the end of the period THC’s coach took a timeout, then substituted the goaltender for the sixth field player, but it did not help them to bring down the score.