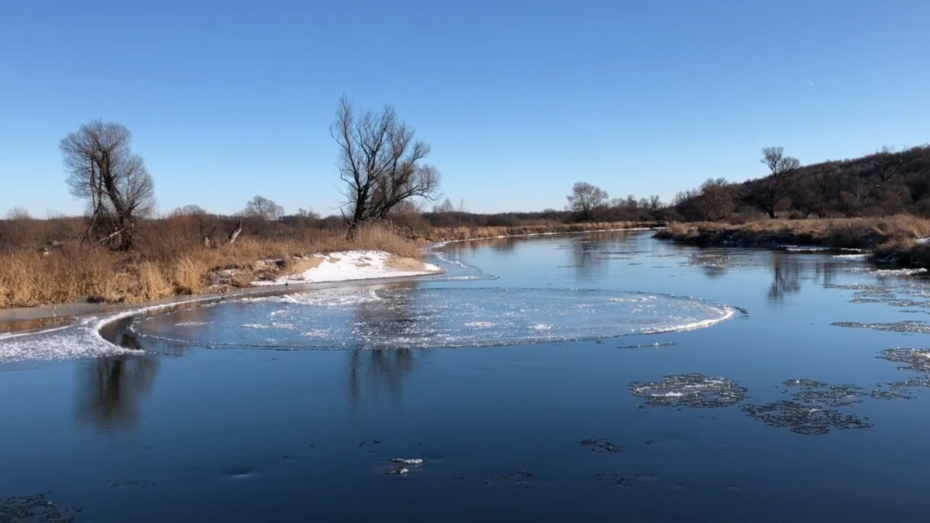 Ice disks form in water bodies with a slow course.

A rotating ice disk on the Voronezh River was captured by eyewitnesses. A video recording with a rare natural phenomenon was published on the “VORONEZH. ON FOOT. Tours through Voronezh” webpage on the VKontakte social network on Thursday, February 13.

As the author of the recording Yelena Vereshchagina explained to reporters, she shot the video on February 9 on the site of the Voronezh River near the village of Maly Mechek in the Lipetsk Region. The video shows an ice floe slowly and evenly rotating in one place.

Similar natural phenomena can be seen in bodies of water with a slow course in a cold climate. Most often, such discs are observed in Scandinavia and North America. For example, in 2019, on the Presumpscot River in Westbrook, Maine, an ice disk with a diameter of 91 meters was captured on video.