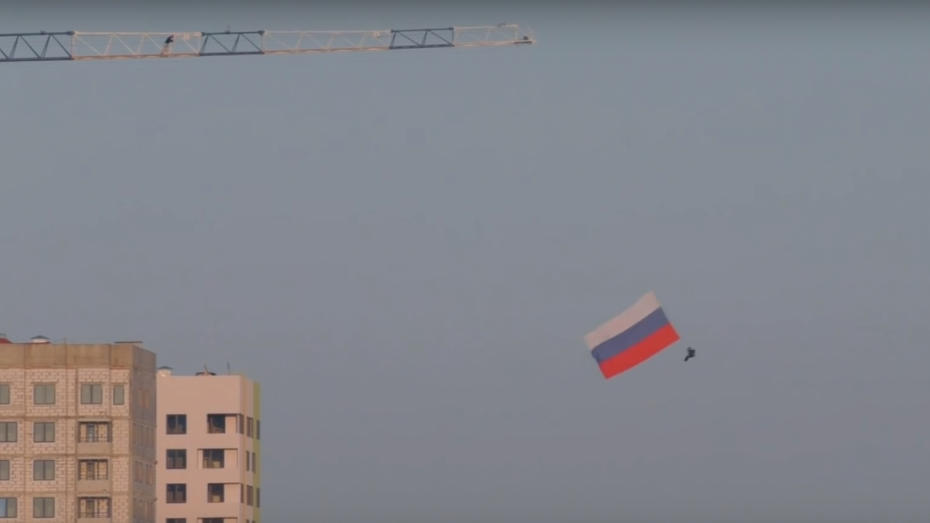 The citizen jumped from a tower crane with safety harness.

A video of the jump with seven-meter flag of Russia was published by Voronezh thrill-seeker Bogdan Korzhenevsky on Wednesday, August 22. The athlete made the trick to the National Flag Day.

Bogdan Korzhenevsky made the jump from a tower crane on Shishkova Street. The young man noted that “not everything went according to the plan, but it turned out great.”
In early August, the thrill-seeker posted a video of a trick on a tower crane. The gymnast performed an acrobatic number on the cloths in Moscow. In 2014, the athlete together with other thrill-seekers jumped with a rope from Chizhov Gallery high-rise office building. In 2017, on the eve of the Victory Day, he jumped from a tower crane with an eight-meter St. George ribbon. The videos of the tricks at a height of 100 m in the center of Voronezh were shot at the end of June 2018.