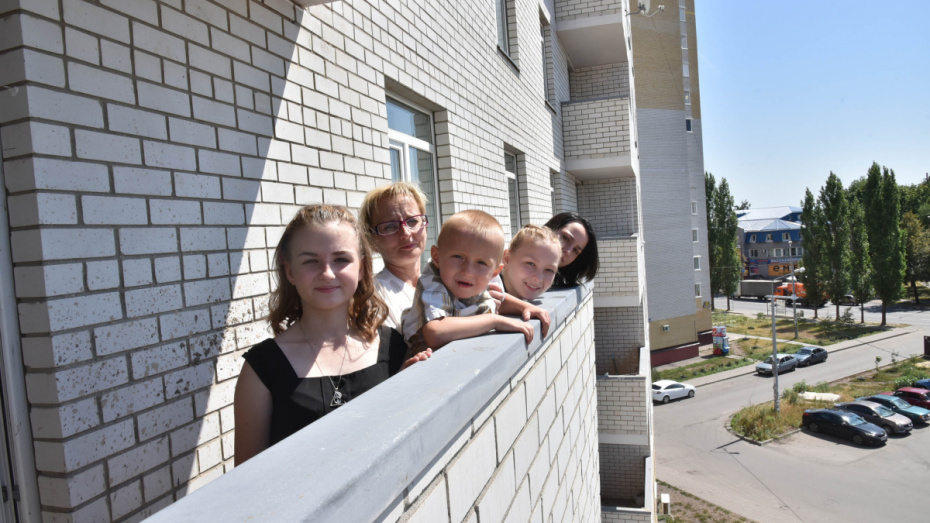 In total, 50 large families in the region will be provided with new housing in 2020.

The Rudakov family received a spacious turnkey four-bedroom apartment in a new 17-story building on Gramshi Street in Voronezh on Thursday, August 6. All their life, the family huddled in a hostel on Obrucheva Street, in a dark room with an area of 19.5 square meters. The Rudakovs have been in the queue for a new apartment since 2008.

Irina Rudakova is a mother of four children but lives with three of them: daughters Angelina and Alexandra and four-year-old son Yegor. The eldest daughter Anastasia is already 21 years old, she has her own family - a husband and a five-month-old son. Irina's husband died of illness, and now she is the main breadwinner in the family. She works 12 hours a day. The woman graduated from a medical school and works as a collector at a pharmacy warehouse. While mom is at work, the sisters look after littler Yegor. 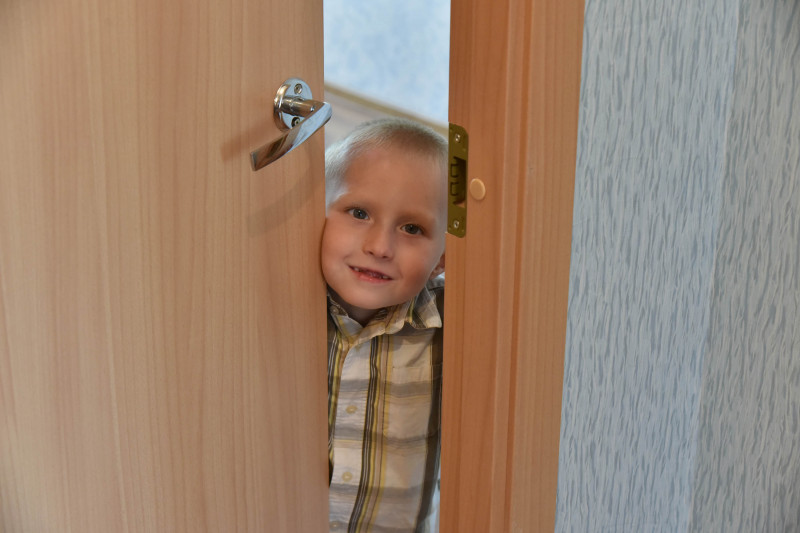 ‘At first, I didn’t believe that my mother would be given an apartment – we’ve been waiting for it for so many years... When I was little, I always dreamed of my own room. Now each of my younger sisters will have their own room,’ said Anastasia. 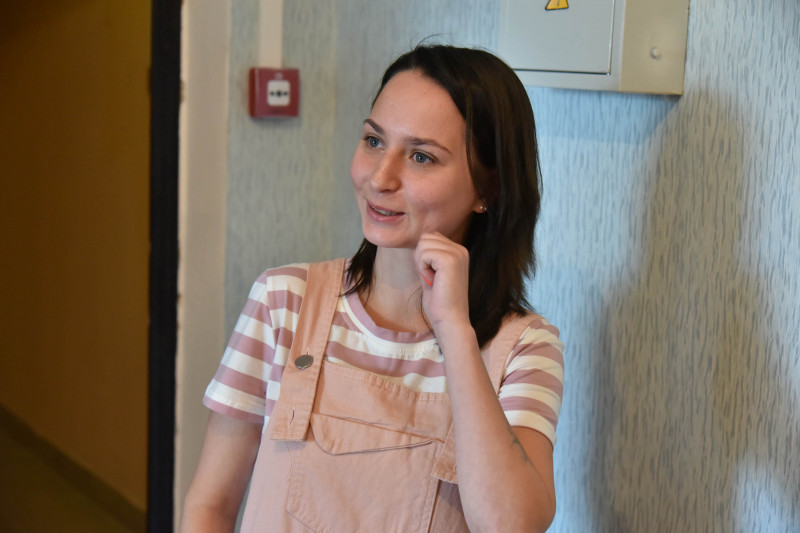 The keys to the new apartment were presented to the widow by Olga Sergeeva, Head of the Department of Social Protection of the Voronezh Region. Having crossed the front doorstep, the hostess could not recover for quite some time:

‘I found out about the apartment yesterday. I could not even imagine that we will have new housing this year. Finally, the children will have the personal space they’ve dreamt of so much - it is inconvenient to live in one room. I'm happy!’ 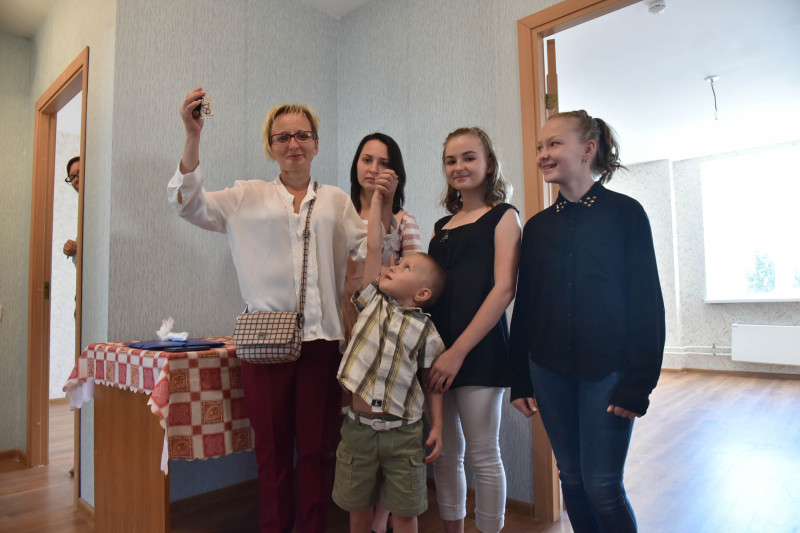 The apartment with a balcony is located on the fifth floor. Inside is a comfortable layout, the rooms are non-walk-through. The finishing works have been done, all the utility lines are connected. The kitchen has an electric stove and a sink, the bathroom is also ready. 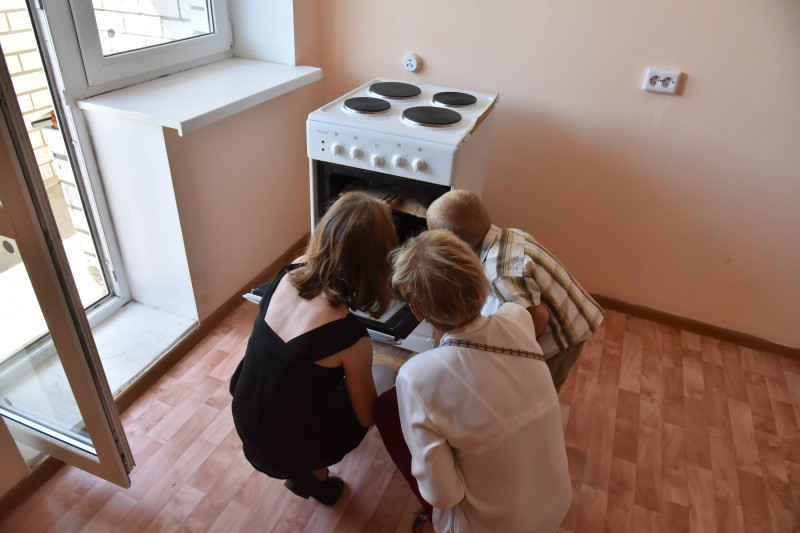 The courtyard of the new building has a playground, there are a kindergarten and a school next to the house. Now, the next step is moving in, and for Sasha and Angelina - moving to a new school. 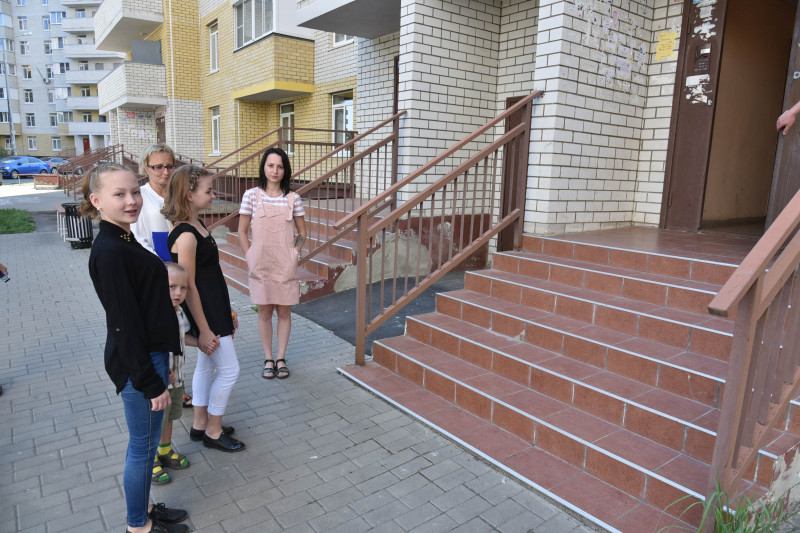 In total, 50 large families of the Voronezh Region will receive new four-bedroom apartments with an area of 95 sq. meters in 2020. This is an unprecedented volume for the region: in past years, large families were given several apartments a year.

‘Never before have so many apartments been given out in the Voronezh Region. The rest of the families will soon also receive the keys to their four-bedroom apartments and settle in this building. In addition, in the near future, we will provide large families with several cottages,’ Olga Sergeeva told. 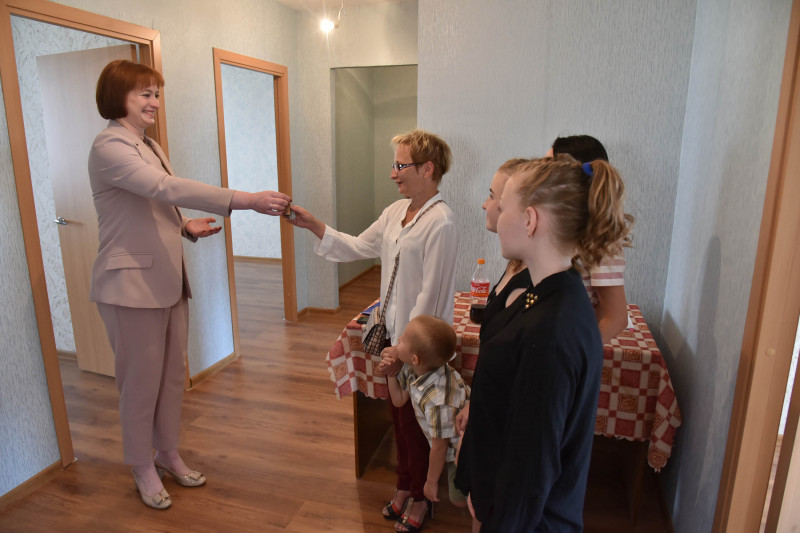 New comfortable housing was transferred to the ownership of the Voronezh Region by the federal center. Governor Alexander Gusev ordered to refer them to the social use housing stock in order to then give them to large families in need of new housing under social tenancy agreements. According to housing legislation, tenants of apartments have the right to privatize them - in short, they are their full-fledged owners. 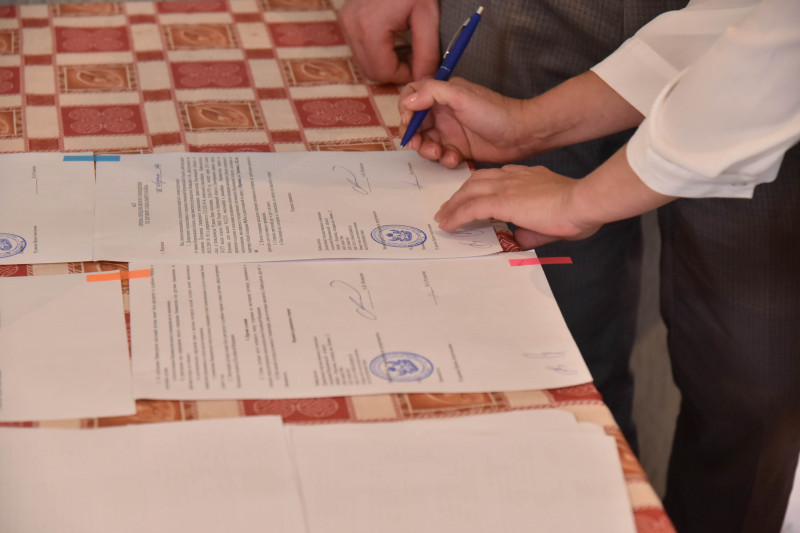