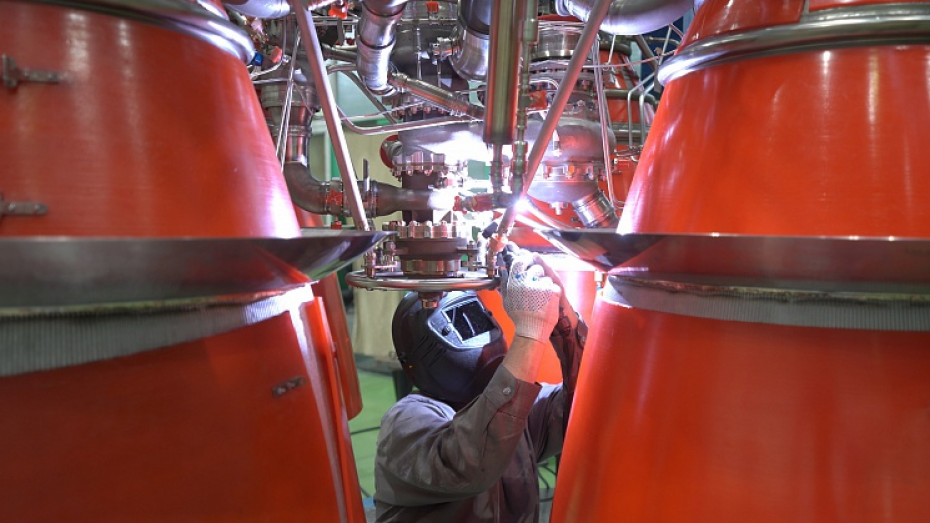 The unit is being created at the Voronezh Rocket Engine Center.

The Voronezh Rocket Engines Center has launched the experimental work as part of the creation of the four-chamber RD0124MS engine. It is intended for the second stage of the Soyuz-5 launch vehicle developed by the JSC "SRC "Progress" in Samara, the center’s press service reported on Wednesday, February 12.

Two successful fire tests of the first power unit with a shortened nozzle have been conducted at the enterprise’s fire testing facility. During the tests, the stability of the combustion chamber under reduced pressure was confirmed - the mode of operation in which the engine will run as part of the launch vehicle. At the same time, preparations have begun for testing the second power unit.

RD0124MS is a new Russian rocket engine with a thrust of 60 tons, operating on the components of the naphthyl-liquid oxygen fuel. It consists of two blocks located on a shared frame and heat protection cover. Each structure includes two diagonally located combustion chambers. The engine provides the swinging of cameras in two dimensions, as well as operation when one of the blocks is turned off.