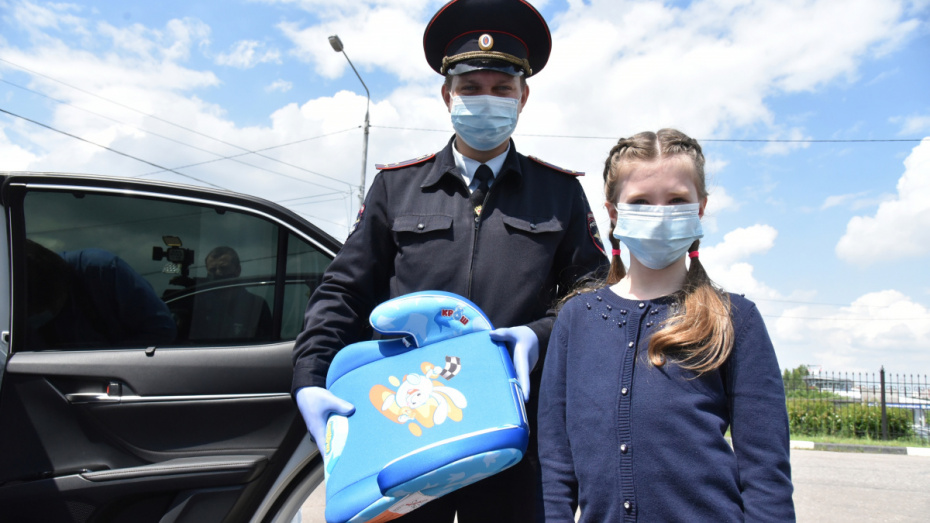 Parents can receive retaining devices at the GIBDD Directorate on Kholmistaya Street.

A children’s car seat rental point has been opened under the Directorate of the State Traffic Safety Inspectorate of the Main Directorate of the Ministry of Internal Affairs of Russia for the Voronezh Region (56 Kholmistaya Street) on Tuesday, June 2. As part of the project “Safety Is Easy!”, parents are encouraged to borrow child retaining devices for free. Those who wish to rent a car seat can call 8 952 959 18 51.

Right now 17 car seats are available at the rental point for children under 12 years old. 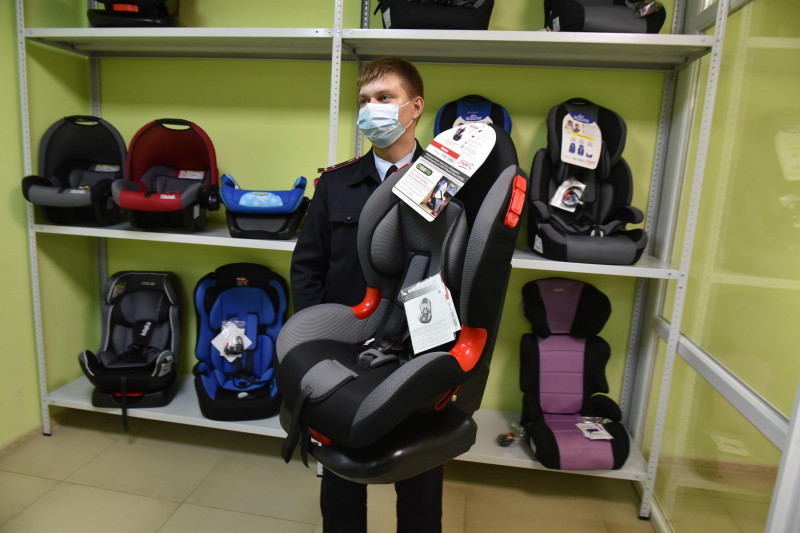 The first visitor to the car seat rental point was Olga Markina with her eight-year-old daughter Sasha.

“I don’t have a car, but we often go to the country cottage with my parents, so we always used a children’s car seat. Sasha understands that this is necessary for safety and she likes to ride in a chair. But she has grown out of her child's car seat, and we gave it to our little nephews. Now the traffic police have a car seat rental and for me, it is very convenient. They helped us choose a chair, showed how to install it properly in a car. I wish all parents to use retaining devices and take care of the safety of their children,” the woman said. 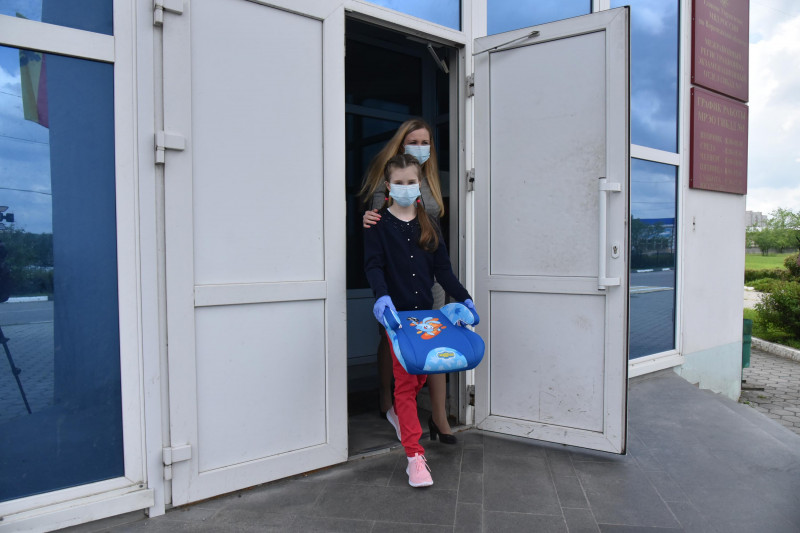 “This is the first step as part of the systemic project of the State Traffic Safety Inspectorate for expanding the availability of child car seats for drivers who either do not have the opportunity to purchase such a device or parents have not yet decided on the type of car seat that will be comfortable and safe for their child. The free rental for children’s car seats was opened by the Directorate of the State Traffic Safety Inspectorate with the support of the Public Council of the Main Directorate of the Ministry of Internal Affairs for the Voronezh Region and public organizations. All of them made a feasible contribution to the formation of the car seat fund,” said the Head of the Directorate Yevgeny Shatalov. 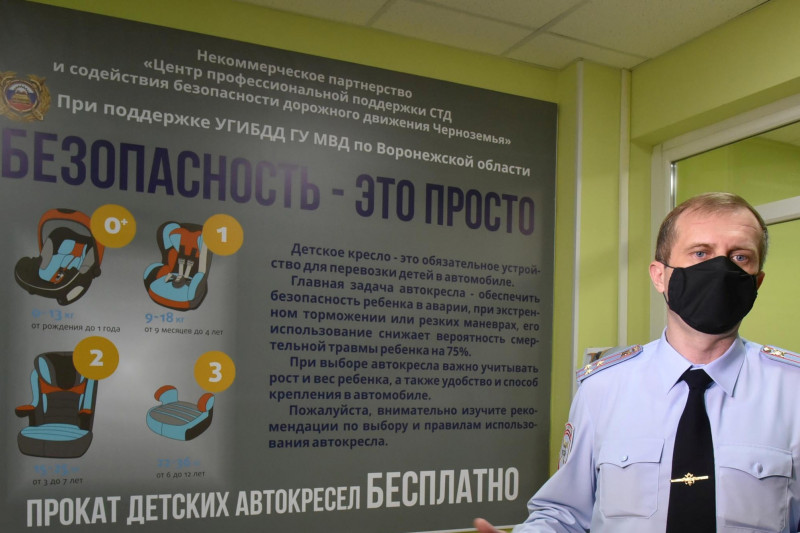 The chairs will also be leased by employees of another project participant – the Avtovita Company. Its CEO Alexander Kolmykov noted that the opening of the rental point was timed to coincide with Children's Day and the beginning of summer vacations:

“Car seats are especially necessary when parents with children go for recreation, in nature. Obviously, families with many children who don’t have the opportunity to buy many car seats at once will definitely need them. It is planned that we will lease them for two weeks for a symbolic deposit, but we need an individual approach: maybe someone will go on vacation for a month or more, and a chair will be needed for a longer period.” 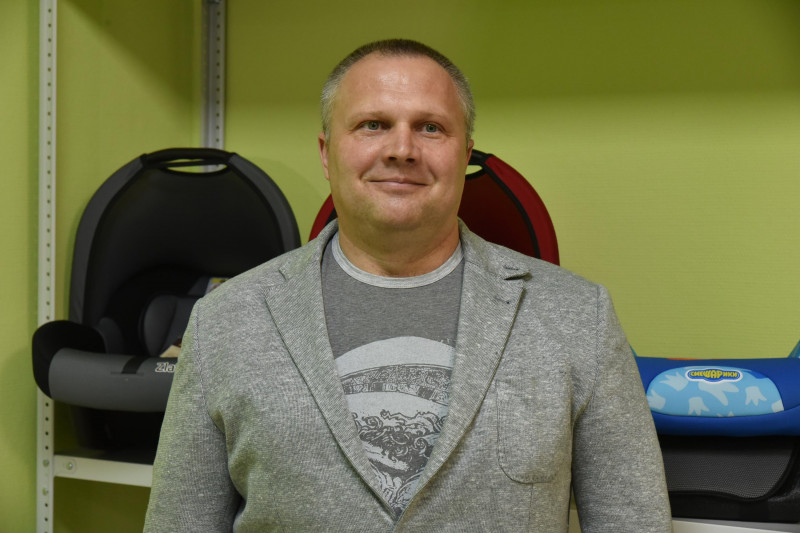 On the day the rental office opened, the retaining device fund was replenished with another car seat given by the staff of the Directorate of the State Traffic Safety Inspectorate.

“We want to draw the attention of all road users to the need to use children’s car seats to preserve the life and health of children. We hope that public organizations will continue to make a feasible contribution to the acquisition of retaining devices. Maybe the citizens whose children have grown up will be able to give us their remaining car seats,” Yevgeny Shatalov addressed the Voronezh residents.

Over the past three years, there have been 589 accidents involving child passengers, 25 children were killed and 679 were injured in the Voronezh Region alone. At the same time, 75% of accidents occur with children under 12.

Inspectors of the State Traffic Safety Inspectorate warned parents against replacing a full car seat with a belt adapter. This device does not save children from injuries during an accident, and with sudden braking, the child can get a chest fracture - one of the most serious injuries. If the seller assures that the “triangle” adapter is necessary for the child, there is reason to complain about it to the consumer protection authorities. The adapter can only be used in conjunction with a child seat. In addition, the so-called frameless car seats are useless. 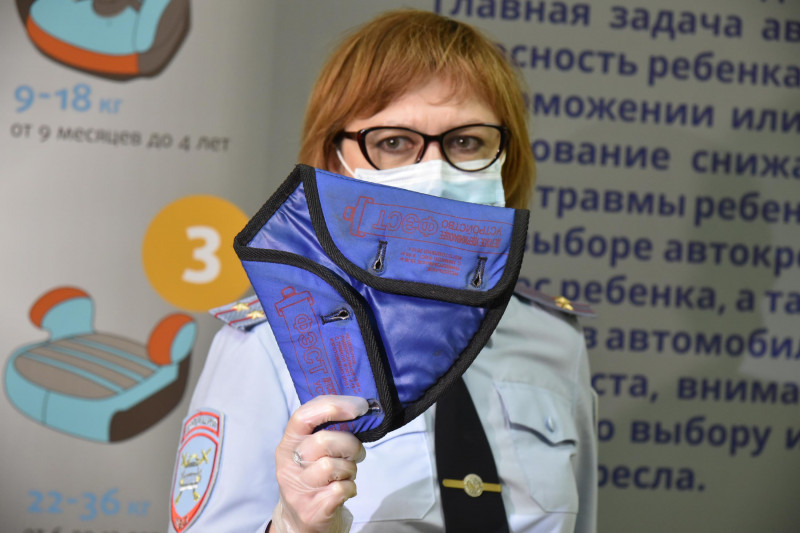