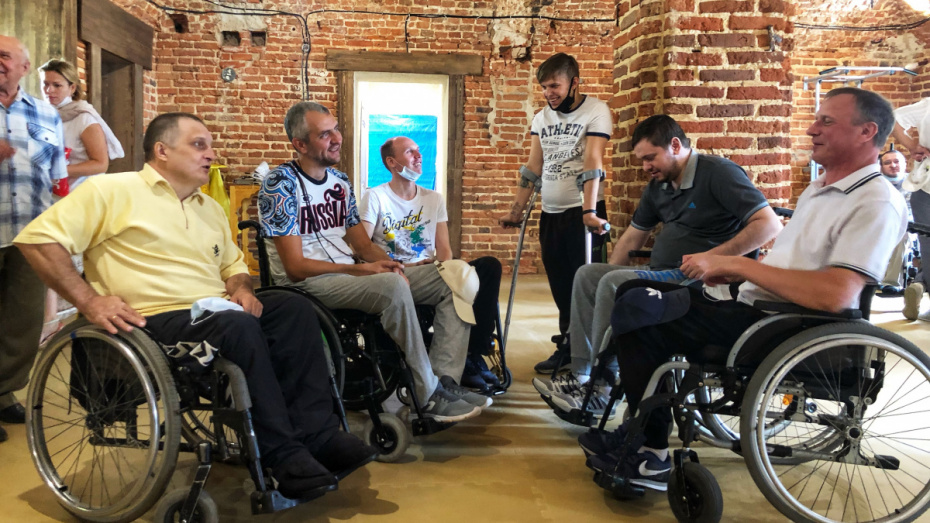 On Fabrichny Lane, everyone will be able to work out for free.

The grand opening of the inclusive gym on the territory of the Tikhvino-Onufriyevsky Church in Voronezh (Fabrichniy Lane, 8) took place on Saturday, July 25. Both people with disabilities and without them will be able to work out there. Trainers are developing programs for group and individual lessons which will begin in September 2020. You can sign up by calling 8 951 544 42 77.

The gym has universal fitness equipment for different muscle groups; in the near future, there will also be special fitness machines that will help people with spinal injuries undergo rehabilitation.

‘This extension was initially in poor condition, filled up to the ceiling with trash. Together with the guys from different sports communities, we cleared it all out. There were assumptions that the communists built a Soviet concentration camp here in the 1920s, so, we carried out exploration at a 2-meter depth before starting the repairs. No bones were found. Most likely, there was once a refectory here. After we cleared the place, we wrote an application for a presidential grant for 500 thousand rubles and won it. But, of course, this amount was not enough for everything. A total of about 1.5 million rubles were spent to make repairs and purchase sports equipment. A million was raised, as they say, by crowdfunding: our parishioners and sponsors helped,’ the rector of the Tikhvino-Onufrievsky Church Nikolai Lishchenyuk told the RIA Voronezh journalist. 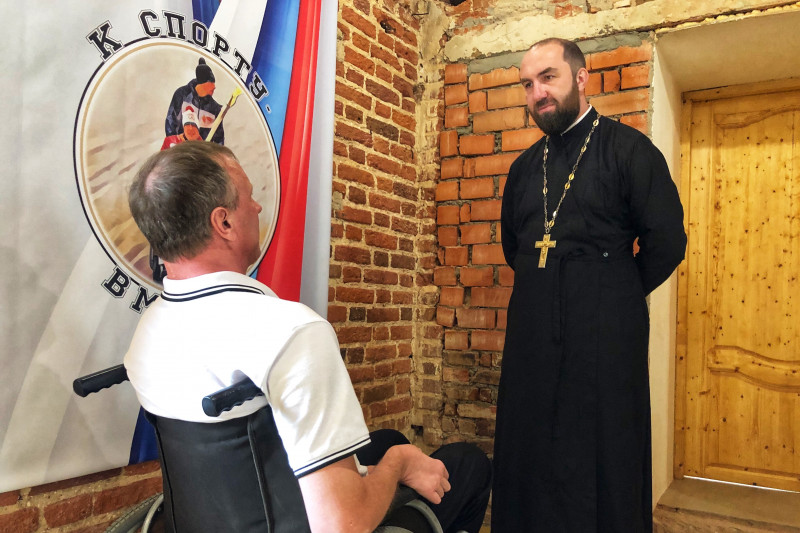 Three trainers will work at the church gym. One develops programs for children with Down syndrome, the other - for everyone interested in weightlifting. The third trainer is an aerobics instructor.

The inclusive gym will be run by Mikhail Khlebnikov, multiple times champion of Russia among para-athletes in track and field athletics, a master of sports, a national record holder in the hammer throw. He knows from his own experience how to equip a gym for people with disabilities properly, not just for show.

Mikhail has been in sports since he was seven. He fulfilled the standards of the USSR master of sports in marine all-around. In 1996, he broke his cervical spine, but in 2008 he found the strength to return to sports and reached great heights in the Paralympic field.

‘This is the first gym at a church in the Voronezh Region. And what is important, it is inclusive, which means we accept everyone at our workouts, regardless of the state of health and religion. Although the gym is located on the territory of an Orthodox church, its doors are open to everyone,’ emphasized Mikhail Khlebnikov, director of the inclusive gym. 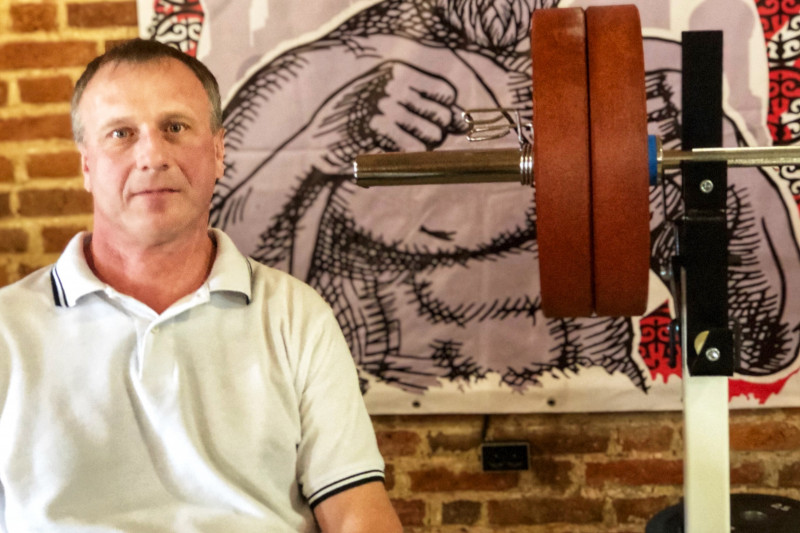 One of the future visitors is Andrei Belyaev who received a spinal injury in 2012 while jumping into the river. The young man uses crutches to walk. To strengthen the muscles and to raise his own self-esteem, he began to engage in Paralympic athletics two years ago. In parallel, he studies at the Faculty of Physics of the Voronezh State University. The young man plans to visit the new gym as soon as the training begins.

‘We go to one of the Voronezh gyms for free, but it's stuffy there. And since people with a spinal injury have impaired thermoregulation, which means that the body temperature depends on the ambient temperature, we simply get "cooked" in a stuffy room - only dousing with cold water helps. And in the new gym at the church, the walls are thick, made of bricks, there is a comfortable temperature for training here in the summer, even without air conditioning,’ said Andrei. 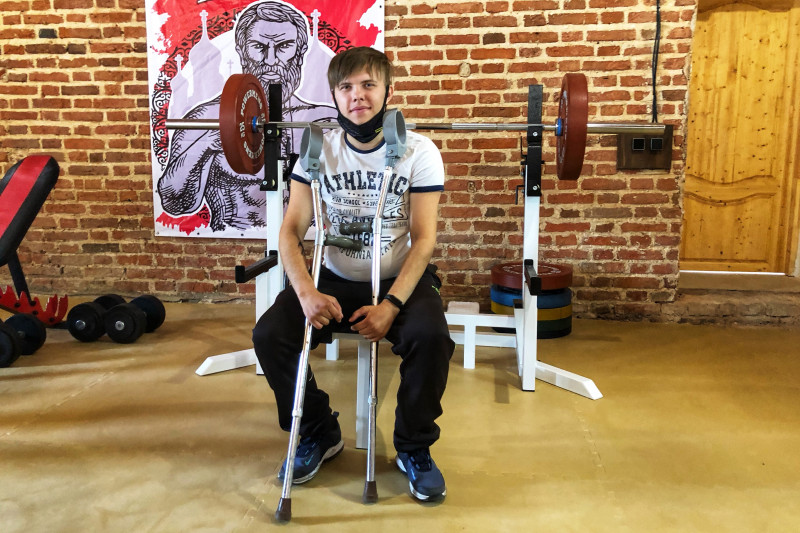