150th anniversary of arrival of first train is celebrated in Voronezh 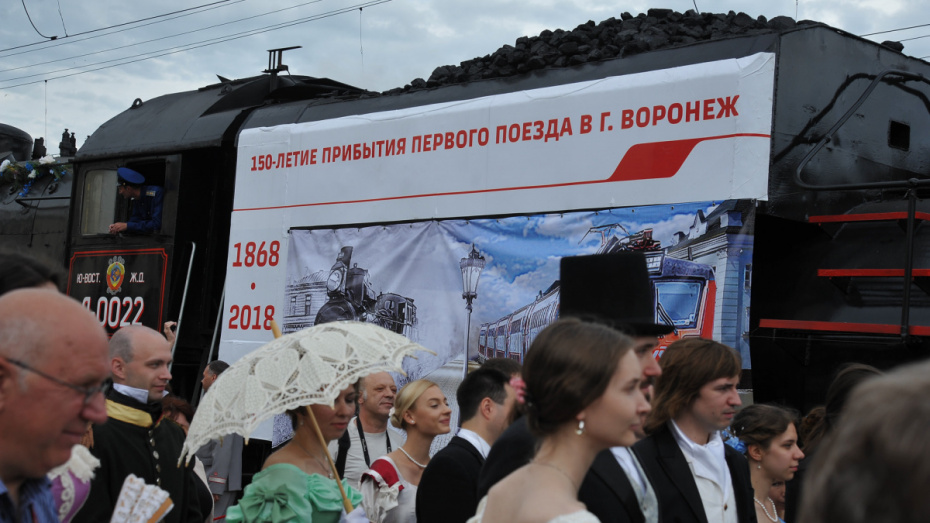 A historical reenactment was held on the platform.

Voronezh celebrated the 150th anniversary of the arrival of the first passenger train. A historical reenactment, dedicated to the memorable date, was held at Voronezh-1 Station on Saturday, June 30. A memorable sign was installed in the park near the station.

Acting Vice-Chairman of the Voronezh Region Government Vitaly Shabalatov emphasized the special role of the railway in the development of the region’s economy: 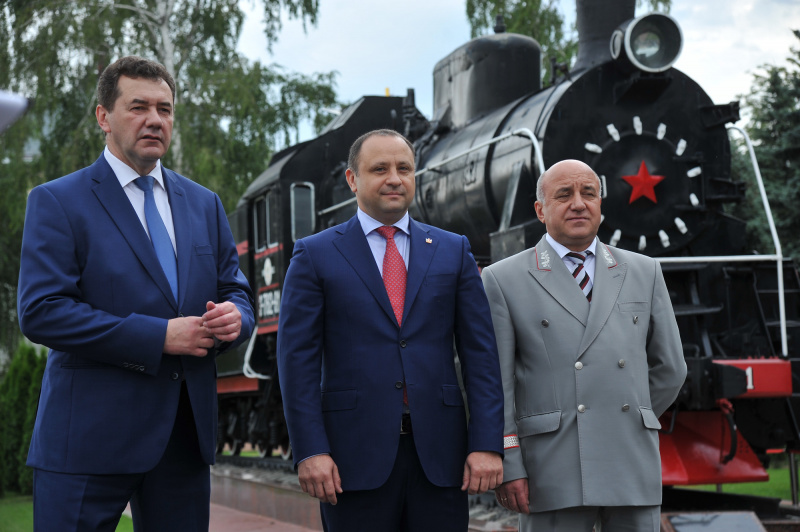 - The first locomotive connected Voronezh with two capitals: Moscow and St. Petersburg. In a short time, the railway development made it possible to reach the southern borders of our country. Today the railway is a key indicator of the economy of our state, it is a strategic transport component. Voronezh has become a key point in the transport infrastructure of our country, and the entire railway community has made a huge contribution to it.

The first train arrived in Voronezh from Kozlov (Michurinsk) in 1868. A century and a half later, the retro-steam locomotive with a passenger car, decorated with flowers, arrived at the station. On the platform, it was greeted by a motley crowd dressed in costumes of the XIX century: young ladies in crinolines at gentlemen’s’ elbows, ladies in talmas, businessmen in bowler hats, street vendors with bagels, street boys and the head of the station in uniform with a tinny mouthpiece. Passengers from Kozlov brought their famous apples as a gift to Voronezh residents. 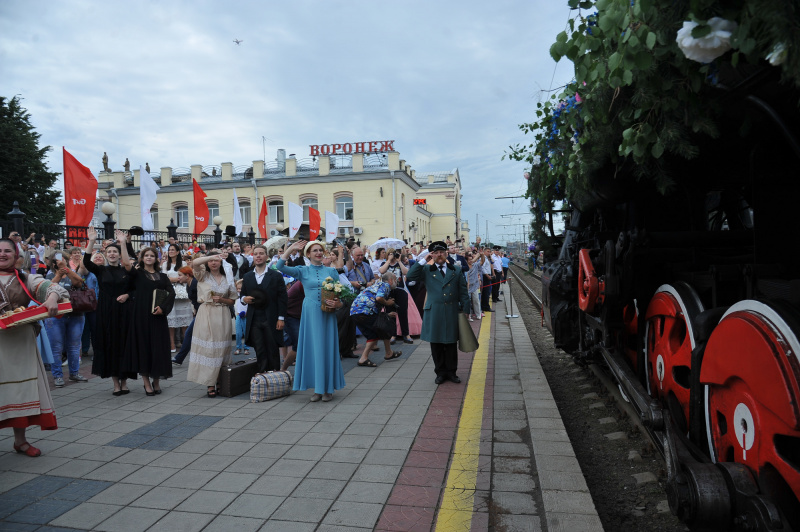 In 1866, the Ministry of Railways of the Russian Empire developed a project for the construction of the most important railway lines of the country. Kozlov (now Michurinsk) – Voronezh line on the Ryazan-Kozlov road was among them.