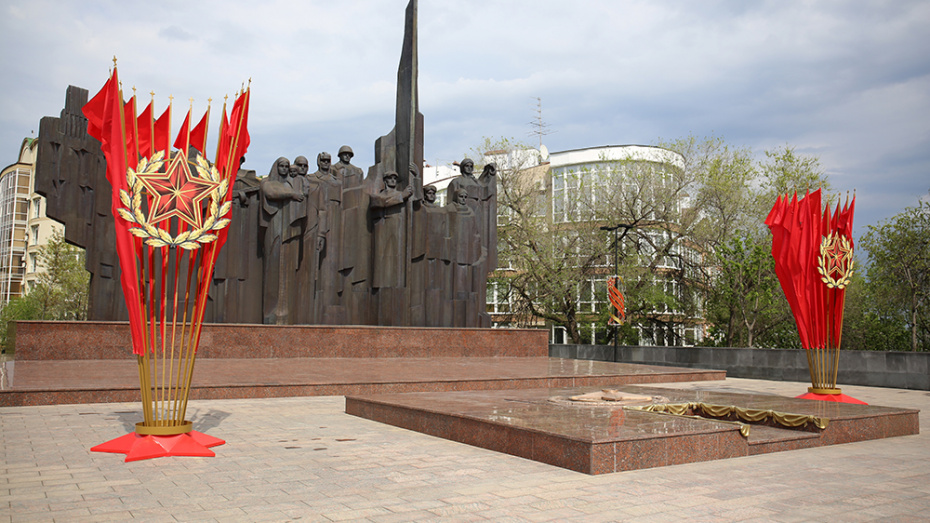 The contractor only has to conduct the troubleshooting of the granite tiling left.

The area has already been greened with more than 11 thousand begonias and cineraria planted. 500 bushes of Virginia creeper have also been planted to fix the soil. There is also a lawn now - over 4 thousand square meters. The territory has been equipped with an automatic irrigation system. 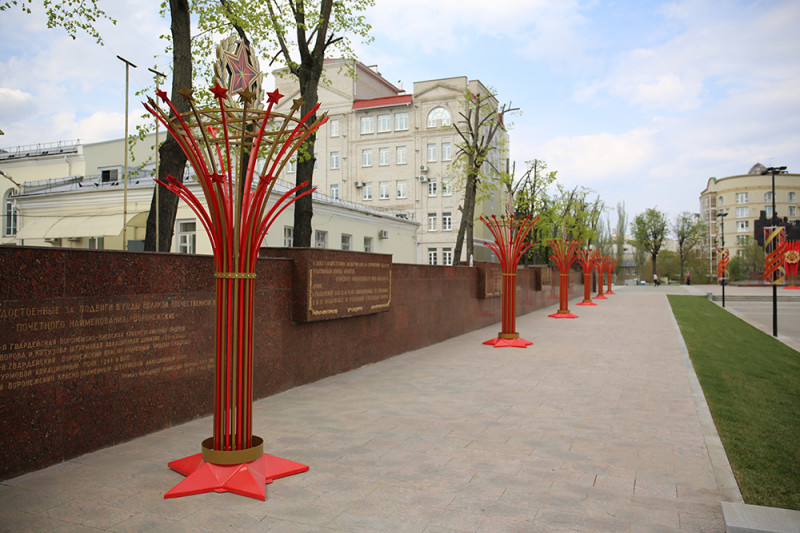 The main emphasis of Pobedy Square is the fountain complex, which consists of three double bowls and repeats the geometry of the square. Its demothballing and technical launch were carried out on May 1; the specialists are to determine the jet height modes. The fountain will work in everyday and holiday modes. The first is a two-meter jet without a change in height and a white backlight in the evening. The second mode – for holidays and weekends – is a four-meter static column of water with red backlight in the evening.

“This fountain is not for entertainment, it’s namely a memorial. Its analog is the fountain on Poklonnaya Hill in Moscow. The visual image is lines of standing soldiers who died during the war. The red color of the fountain's illumination symbolizes tragedy, like fire and the memory of dead soldiers. There are no dynamics in the water and musical accompaniment - only statics, and the sound will include only the falling drops of water and the steps of those who came to pay respect to the liberators of our city,” said Konstantin Kuznetsov, the co-author of the reconstruction project of Pobedy Square, Assistant to the Governor of the Voronezh Region. 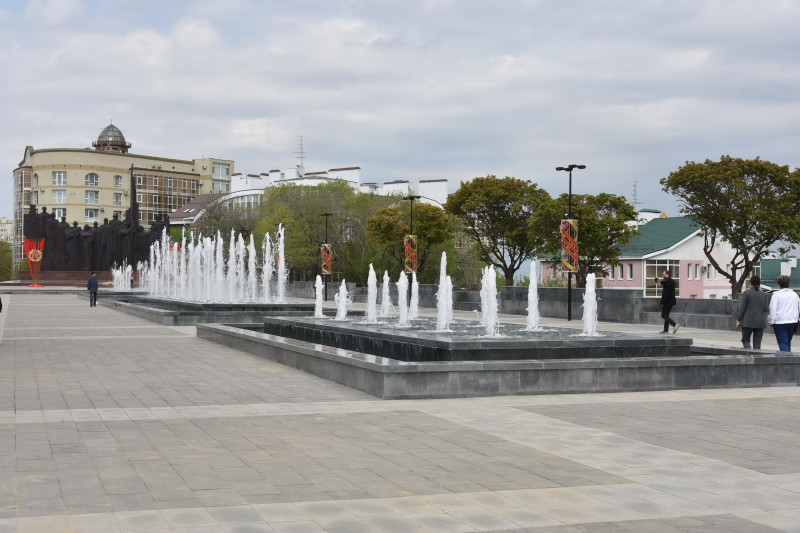 The cleaning of the multi-figured sculptural group was completed on the square as well: an officer, a female medical officer, a machine gunner, a pilot, a marine, and a tank crewman. The monument with an area of 400 square meters was treated with the smallest fraction abrasive substance and a chemical composition.

“Jet assisted machining with a small fraction abrasive substance is the gentlest way to clean copper. After the cleaning, the monument acquired its original copper-pink color. This was followed by an even more delicate work - the patination process,” said Alexander Demidov, the head of the subcontracting organization.

The 42-meter stele was also cleaned. The order was cleaned and the text part was polished, but they decided not to touch the ornament in order to maintain its shape. Now this inscription can be seen even from Chernavsky Bridge. Also, brass decorative elements were created on the granite wall. Particular attention was paid to the map depicting the development of the Voronezh–Kastornoye Operation. Among the new objects on the square is the inscription “Voronezh Front” next to the map. In the future, it is planned to highlight the inscription and the map itself.

Voronezh Mayor Vadim Kstenin thanked everyone who participated in the implementation of the project and emphasized that the facility must be brought into proper sanitary conditions. The mayor stressed that the main celebrations on Pobedy Square will take place after the "high alert mode" is lifted. 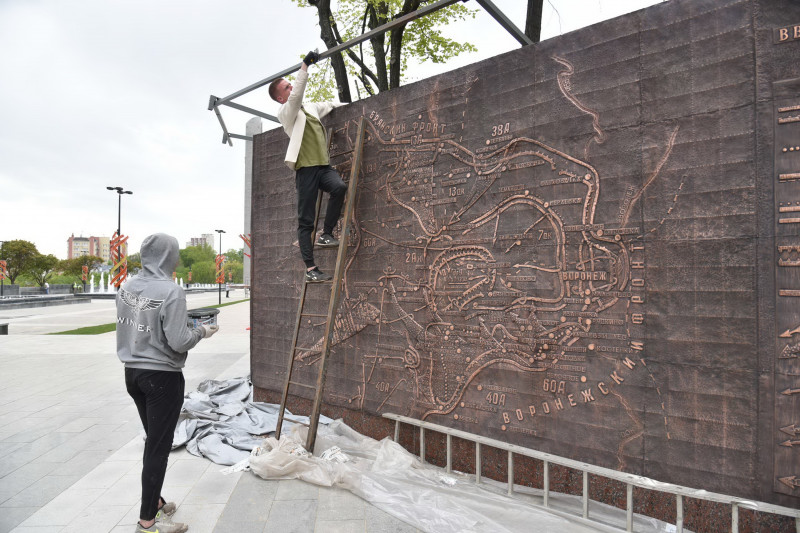 Pobedy Square was closed to citizens on June 28, 2019. The authorities decided to reconstruct it for the 75th anniversary of the Victory. The design documentation for the improvement of the memorial complex was prepared by JSC PI Giprokommundortrans. The City Hall presented the square reconstruction project to Voronezh residents in February 2019. The opinions of the participants in public hearings on the reconstruction of Pobedy Square were divided.

The stumbling block was the City Hall’s plans to create a fountain replacing the flower beds. Some participants felt that the fountain should not be located on the site of memory and sorrow, that there were recreation areas for that. Others, on the contrary, decided that the object would be appropriate.

The paving slabs dismantled from Pobedy Square will be used for the improvement of other parks and squares in Central District.