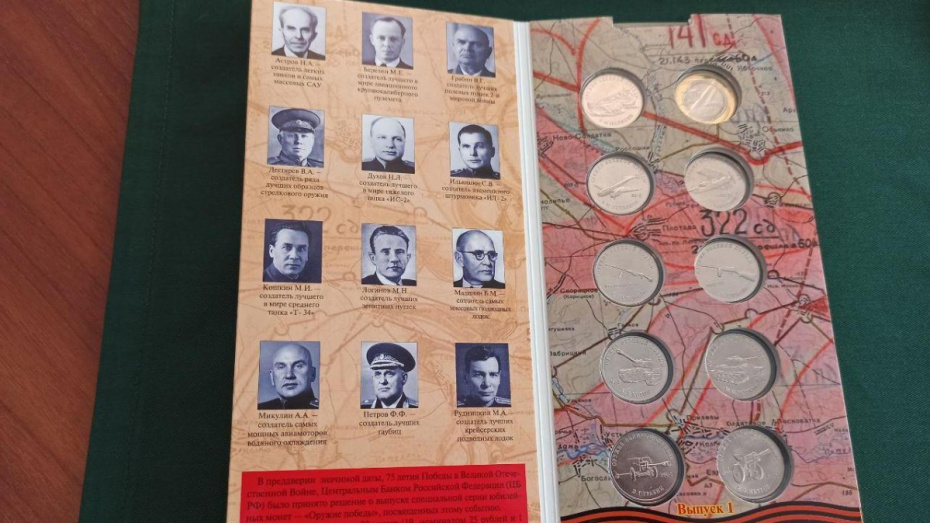 A coin in denomination of 10 rubles came out in a huge mintage of 5 million copies.

The Central Bank has issued two new series of coins dedicated to the anniversary of the Victory in the Great Patriotic War. This was announced by Deputy Manager of the regional branch of the Bank of Russia Sergei Chernyshev during a press breakfast on Thursday, March 5.

The first series is called "The 75th Anniversary of the Victory of the Soviet People in the Great Patriotic War of 1941-1945." It included four coins. Three of them are made of precious metals and have a face value of 3, 25 and 50 rubles. The mintage of these coins is limited: 3 thousand, 1.5 thousand and 1 thousand pieces, respectively, so it is almost impossible to find them in free circulation. But the fourth coin with a face value of 10 rubles is made of base metal and issued in a mintage of 5 million copies, so, for example, it can be obtained as change. The coin depicts the number 75, a five-pointed star and a laurel branch, as well as the dates of the beginning and end of the war - 1941 and 1945. 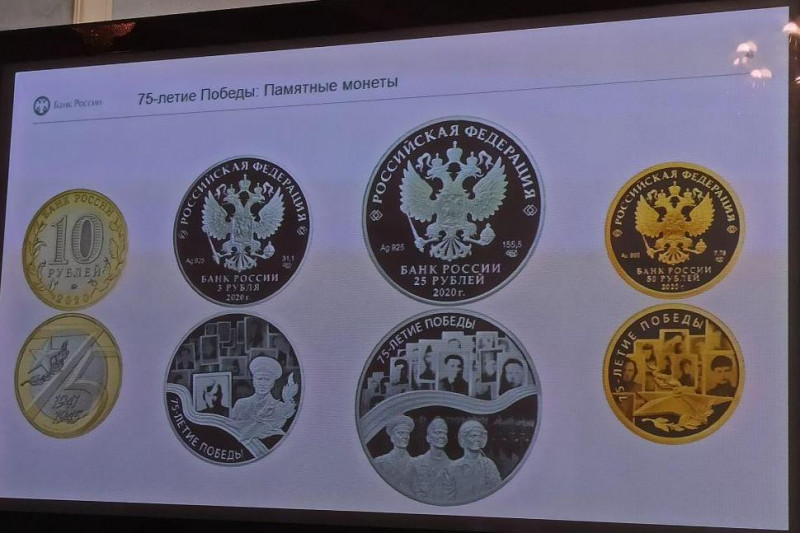 The second series is called "Weapons of the Great Victory". All the coins included in it will be made from base metals and issued in a large mintage - 1 million pieces of each type, which is why they can also be found in free circulation. All of them will have a face value of 25 rubles. Each coin of the series is dedicated to some kind of weapon of the Soviet troops and to the designer who created it. On the head side is the emblem of the Russian Federation, and on the reverse is the type of weapon, the name of the designer and the inscription: “Weapons of the Great Victory”. 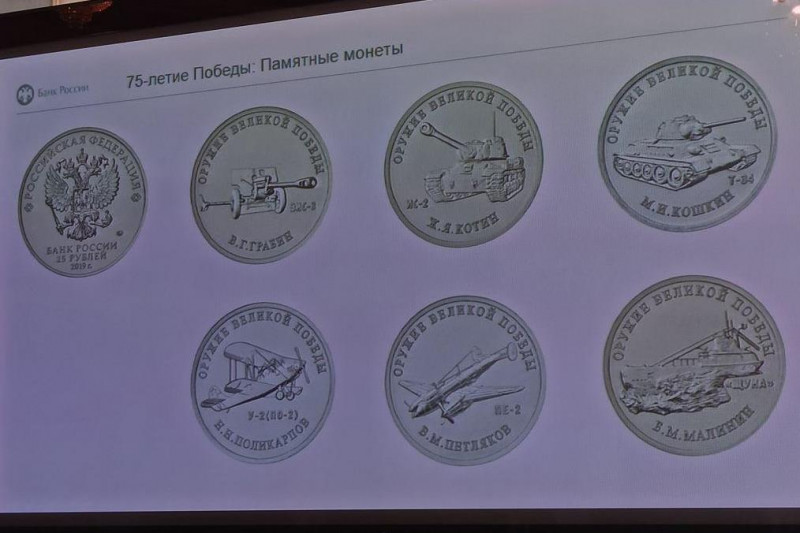 “Some of the coins from these series have already been put into circulation. Coins were delivered to our region and put into circulation through credit organizations. I want to note that all of them are legal tender and must be accepted at any stores and service enterprises,” said Sergei Chernyshev.