Graffiti with liberator soldier is created in Voronezh 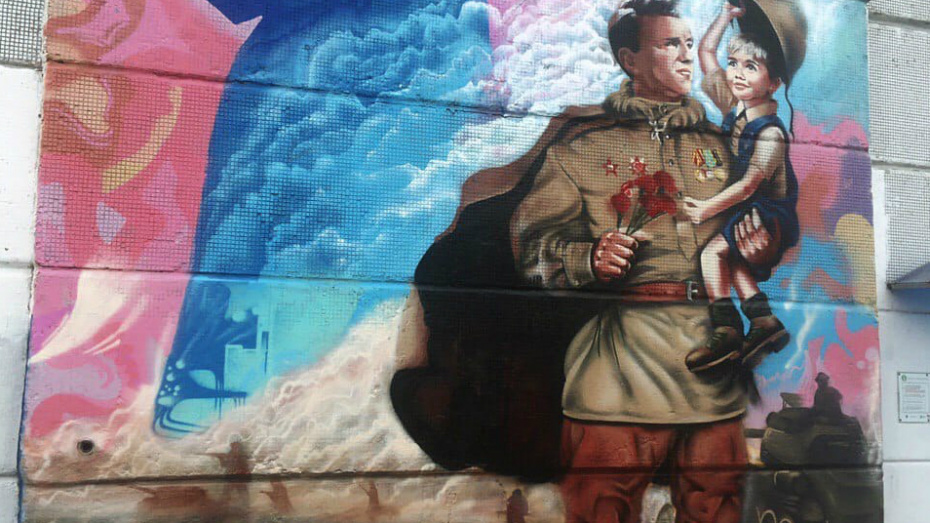 The artists worked for 3 days.

A new graffiti for the Victory Day was created on Arzamasskaya Street next to the "lighthouse" in Scarlet Sails Park. This was reported to the RIA Voronezh journalist by one of the creators of the image Nikita Konovalov on Tuesday, April 28.

The huge 27-square-meter picture reinterprets the German Soviet War Memorial. The head of the Color Wave Studio Nikita Konovalov spoke about the composition of the image:

“The events move from left to right and from bottom to top: gray colors, human grief, smoke, explosions gradually become brighter. The smoke becomes white clouds against a blue sky. The soldier's gaze is directed toward the child, forward and upward: into a bright, peaceful future. The significant area of the image helped us implement our idea.”

The graffiti was drawn without the use of stencils. It was drawn by two artists who spent about 30 spray cans.