Psychologist Allan Pease shared his advice to Putin in Voronezh 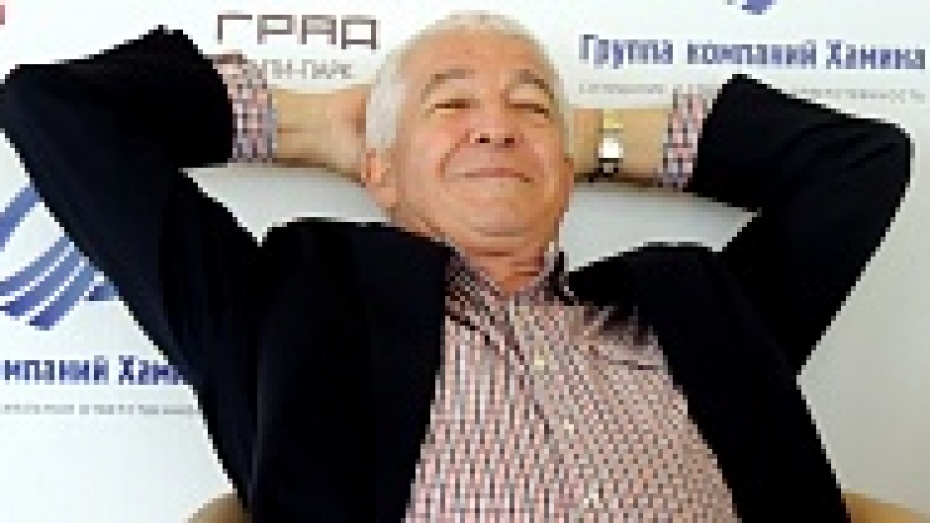 World-famous writer and psychologist told how he taught Russian politicians to get rid of “heavy legacy of the communist era” facial expressions.

Today, November 16, the famous Australian psychologist and writer Allan Pease gave a master class to Voronezh residents in Event-Hall with the support of “Olympus” School of Business and “Your Development” training project.

Since Pease’s book “Body Language” published in millions of copies and translated into 42 languages of the world became a bestseller its author received the title “Mr. Body Language”.

Not a single tiny detail can escape from the tenacious sight of this man, whether it is a simple nod of the head, shaking or scratching the nose. The sharp Australian will see the implication in any gesture. It is not by chance that detectives striving to expose criminals, politicians, businessmen and presenters wishing to learn how to carry themselves on camera turned to Pease.

Russian officials were not an exception. So, in 1991 Allan Pease advised Vladimir Putin who worked in St. Petersburg City Hall at that time.

I gavemy first Russianseminars – in St. Petersburg and in Moscow - by invitation of Anatoly Sobchak. The whole World then desired to see new, young Russia. And Sobchak decided to organize a meeting for young Russian politicians to teach them to look more friendly and convincingly on the Western television. And all your politicians, I must say, gave the impression of strong tough guys at that time. Generally, Russians have special facial expression. Whatever you want to show: joy, sadness, delight, excitement - faces remain the same. I think the severe Russian face is associated with the tough legacy of the communist era.
Allan Pease, psychologist

Therefore, I was required to reduce or eliminate the old-school politicians’aggressive gestures, to teach them to relax their faces a little and smile,
Allan Pease, psychologist

As explained by Pease, the most hopeless in terms of relearning was Boris Yeltsin. Portraying the specific gestures of Russia’s first president, Allan Pease gave a real theatrical performance to reporters. He wrinkled his forehead, made frightful faces, and banged the table with his fist aggressively.

- When Yeltsin was saying on TV that he wanted to help young businessmen and was shaking his fist at the same time, it looked just as wildly as if a young man confessed his love to his girlfriend laying handson her. Sorry, but Yeltsin’s gestures looked like a drunken man’s motion. So, people could not understand him. My agent then said to me: “Yeltsin will not learnthe body language. And it is very difficult to teach himanything at all.”
Alan Pease

The first technique that Pease taught Russian politicians in the early 90s wasappearing on TV with their palms open:

- People who keep their palmsopen during a conversation look the most trustfully. By the way, primates use the same signal when they want to show that there are no weapons in their hands. If your palms are faced downward you will be taken as a pushy person. Another very important signal is when the fingers of both hands are collected resembling a top of a church, I call it a “broach”.When people around yousee this gesture they perceive you as a confident, motivated person who knows what you're talking about. By the way, this is the most common gesture of German Chancellor Angela Merkel.

- Mr. Putin appeared to bea very quick learner. I noticed him at our first meeting with Sobchak. When Vladimir Putin entered the audience, everyone fell silent. The participants knew that he had been working for KGB, I also realized it. Secret-service agents are specially trained,
Allan Pease

Pease also noted that the current president of Russia strictly adheres to another of his “golden rules”: in a conversation, for instance, with heads of other states, he tilts his head slightly to the side and nods to his partner. Studies have shown that three nods in a row cause a person to whom you are listening to keep talking. He understands that you are interested.

“Mr. Body Language” has plenty of amusing observations on politicians’ gestures, enoughto write a book. Bill Clinton, for example, could have been devoted an entire chapter.

- Clinton moved beautifully, fascinating in public. Thanks to this, even during the famous scandal with Monica Lewinsky the audience more likely supported the President, not his secretary. Clinton lied magnificently. But clumsily. He stated to journalists: “I did not have sex with that woman!”and nodded his head in agreement at the same time. He had to reveal his hands with his palms up and shake his head negatively. Then it would have rungtrue,
Alan Pease

As a matter of fact, Pease’sfavorite character is George Bush, who produced an impressionof a short-sighted and unwise man by his gestures alone.

- Like Yeltsin, George Bush, I tell you, is hopeless in his gestures, - says psychologist. - When he speaks you get the feeling as if you're watching a foreign film, wherethe voice does not match the movement of the lips due to the translation. I remember how about ten years ago I watched Mr. Putin’s meeting with George Bush on TV. Bush gestured actively, proving something foaming-at-the-mouth while Putin was seating quietly with his hands in the “broach” and was only nodding in response. When I was looking at him it seemed as if he wasn’t seating with Bush, butwas fishing with a rod. I’m telling you: Vladimir Putin knows well what gestures to choose and how to make them work.

Soon on our website: why a woman can easily deceive a man, but why it is almost impossible the other way around, what parts of the body an employer looks atduring an interview, and how not to make a full of yourself.