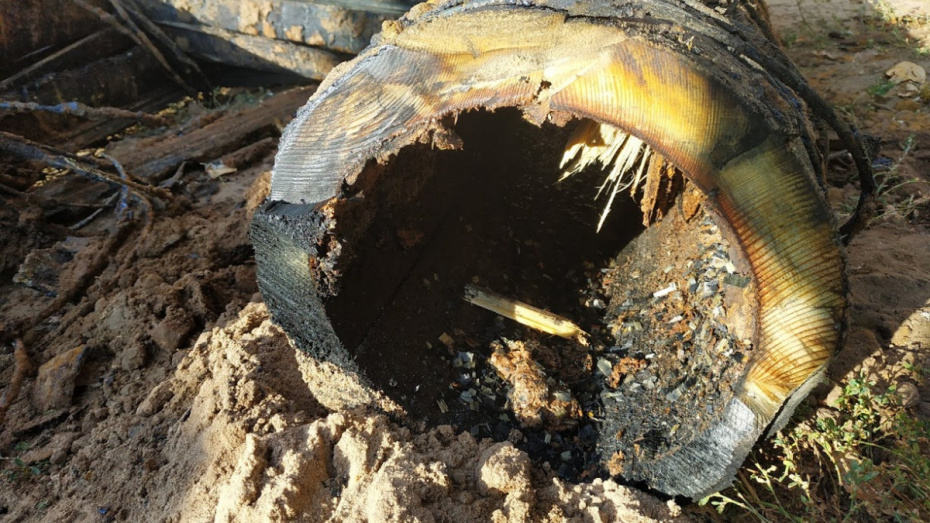 The pipe was found during the works on Bogdana Khmelnitskogo Street.

Specialists of RVK-Voronezh discovered an oak pipeline, which is about 100 years old, during the scheduled re-installation of sewers near building № 24 on Bogdana Khmelnitskogo Street on Thursday, September 26.

The employees of the water service company saw such a find for the first time. Presumably, the line was laid for water disposal of the nearby houses, built in the late 20s of the last century. At the same time, the antique utility line functioned in such a way that there had not been a single blockage on the site. Experts suggested that it was due to the careful handling of sewers by residents of the houses who did not dump household garbage and food products into it. 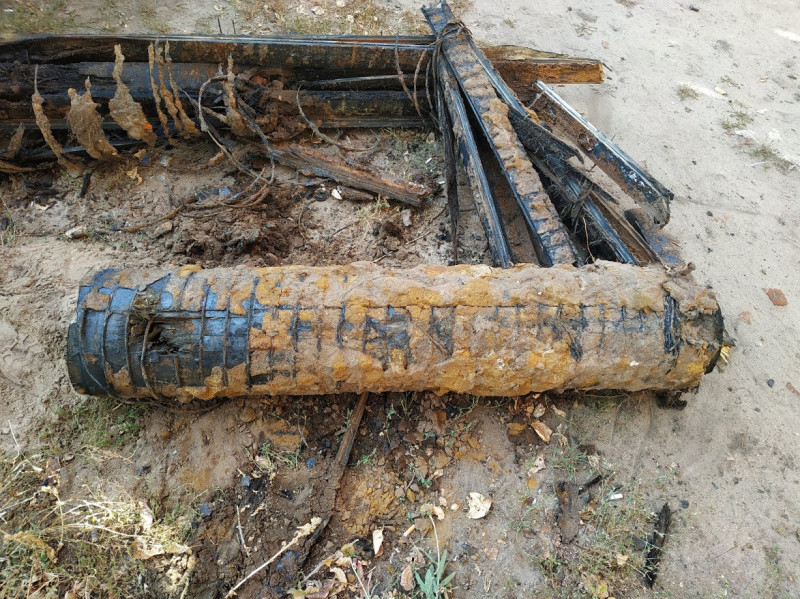 “It came as a great surprise that the material was perfectly preserved after lying in the ground for almost 100 years. The oak pipe, most likely saturated with creosote, was only slightly damaged in one place and did its job well,” said Margarita Podorina, master of the brigade of the RVK-Voronezh utility repair shop.

The wooden pipeline was replaced with a plastic one with a diameter of 160 mm. Its service life is at least 50 years. The line has already been launched, and the trench has been filled up. The centenary section of the pipe was delivered to the water utility warehouse. The find will be preserved until the opening of the enterprise’s museum, where the pipe will be the first exhibit.