300-meter-long St. George ribbon to be unfolded in Voronezh 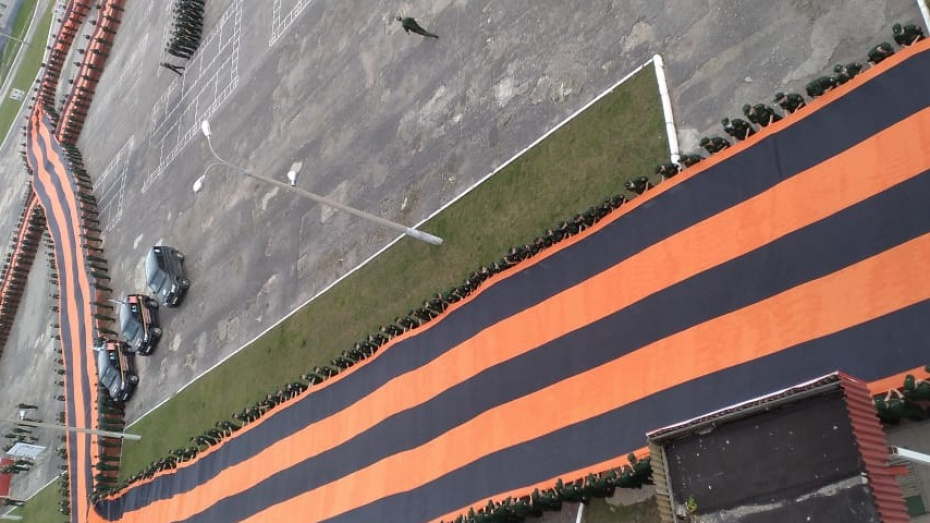 The patriotic event will take place on July 31.

The event named From Common Victory to Common Peace will begin at the Chizhovsky Bridgehead (115, Dvadtsatiletiya Oktyabrya Street) at 9:00 on Friday, July 31. This was told to the RIA Voronezh journalist by Andrei Zgonnikov, head of the “Resource” ANO Center for the Implementation of Initiatives.

The participants will unfold a copy of the Victory Banner and a large St. George ribbon. The action is timed to coincide with the 75th anniversary of the end of the Great Patriotic War.

The St. George ribbon, about 300 meters long, has already been brought to Voronezh. It was made in Moscow. The ribbon has already traveled through several regions of Russia, visited Tatarstan, Nizhny Novgorod, Vladimir, and other regions.

The organizers reported that the event would not take place. Due to the current epidemiological situation caused by the spread of coronavirus infection and in accordance with the decree of the Governor of the Voronezh Region, the holding of mass, public, recreation, and other events with a large number of participants has been suspended.