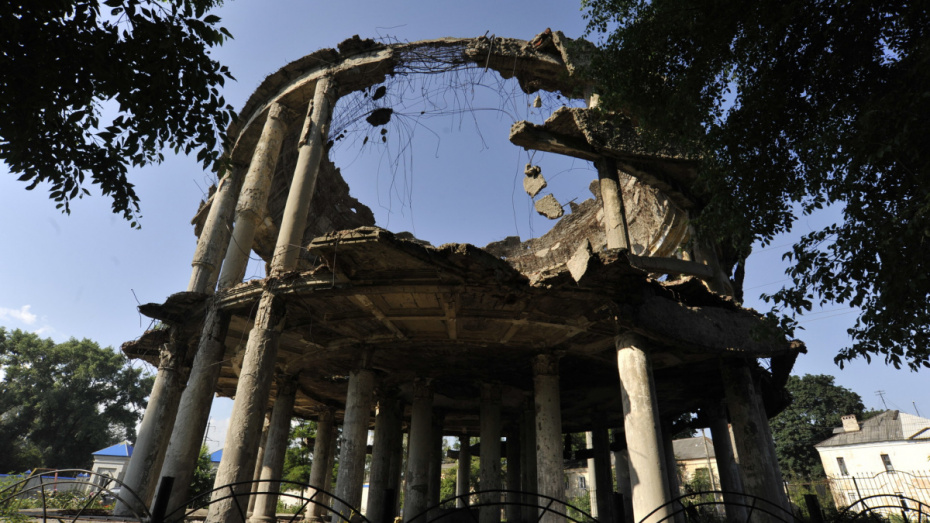 The adjacent territory was beautified.

The conservation of the Rotunda in Voronezh has been completed. This was announced by State Duma deputy Yevgeny Revenko along with publishing photos on Thursday, June 4.

“It was a great and collective work. Now, as we see, the structural elements are fixed, covered with a special composition, and the nearby territory is beautified. This is effective patriotism. What was said is now,” said the deputy.

Yevgeny Revenko noted that the end of the restoration of the Rotunda would be solemnly celebrated. The Rotunda conservation was carried out by Firma ViS LLC. The works cost 17.6 million rubles.


The Rotunda is the only building in Voronezh preserved in the form of ruins after the German occupation of 1942. This is the surviving building of the clinical hospital the territory of which had been crossed by the frontline. The German offensive was stopped there. Since 1983, the Rotunda has been a historical and cultural monument of local importance. The issue of the demolition of the Rotunda arose during the creation of a new hospital complex in the early 1960s. Veterans and public organizations managed to defend the facility. In 1965, the city authorities decided to keep the Rotunda as a war monument. In the 1960s and then in the 1980s, competitions were held for the conservation and restoration of the Rotunda and its transformation into a memorial complex, but the ideas had not been realized. The central part of the Rotunda dome collapsed in February 2008.