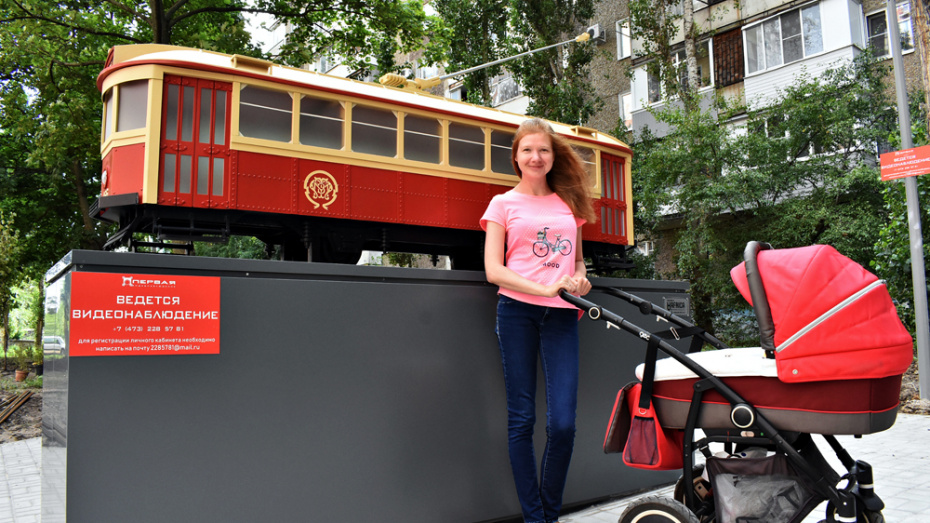 The new art object is under video surveillance for protection against vandals.

A 2-meter-long tram of route №26 was installed on Krivosheina Street in Voronezh, the Press Service of the City Hall reported on Thursday, August 1. The art object was mounted at public garden Tramvai Zhelaniy (Streetcar of Desires), which will open in September on City Day.

The administration of Leninsky District previously said that there was no route with such a number in Voronezh: the creators of the sculpture made it up. The total amount of private investments is 4.5 million rubles. The frame of the tram was made of metal, the rest was made of composite materials.

The new public garden already has pedestrian paths and outdoor lighting. Street furniture, lawns and flower beds are planned to be installed and set up in the near future. Emergency-state trees were also cut down, and new ones were planted to replace them.

The creation of public garden Tramvai Zhelaniy near the eponymous residential complex was announced in 2018. The territory occupies 4 thousand square meters. Before that, this site used to be abandoned.