Traveler from Switzerland is fed salo in Voronezh Region 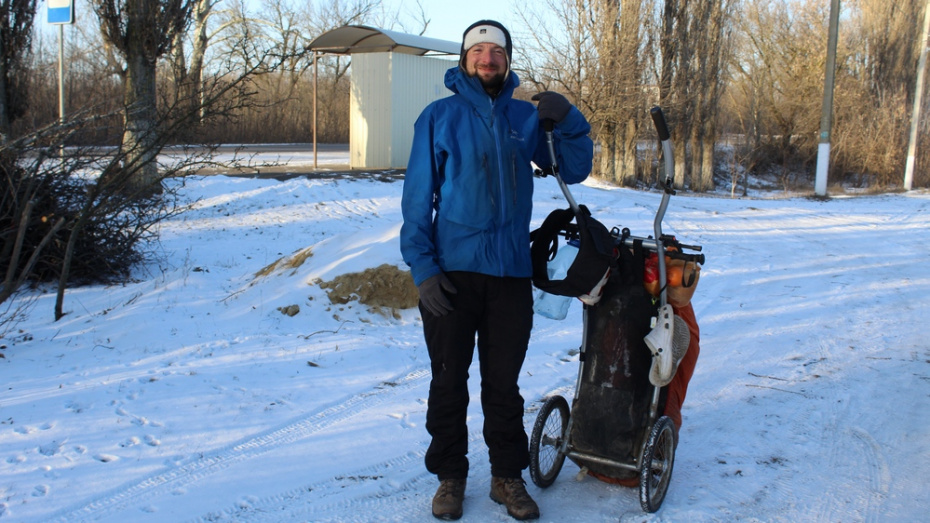 Thomas Perissinotto has been on his way to India since 2018.

“My goal is the village of Dhanushkodi in India. There I plan to do charity work and help local children. The village lacks buildings for schools, educational equipment, furniture, and other things. This is why I created the charity project One Step One Smile. With my journey, I not only want to attract sponsors but also to explore the planet as a traveler, not a tourist. I want to show that the world is not as bad as it is shown on television and that we must start by doing good deeds ourselves. So far, I have succeeded: I meet friendly people and tell about them, about the journey in general. I post photos taken along the way on the website of my project and in social networks.” 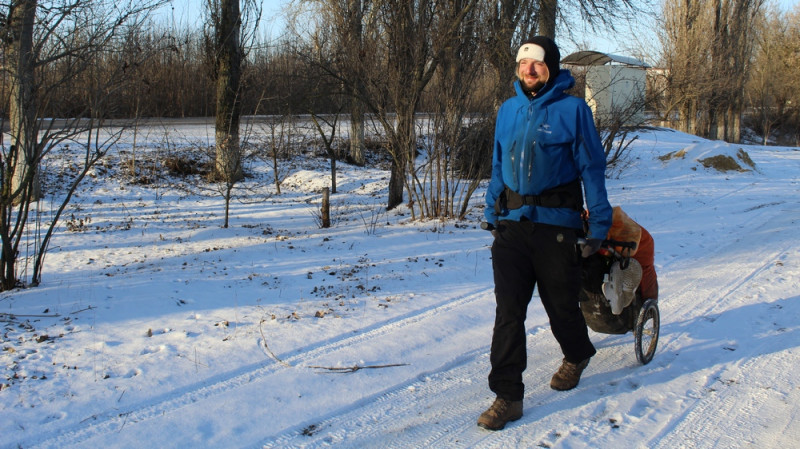 In Olkhovatsky District, the traveler with a small cart was noticed on the road as he walked from the Yurasovka settlement towards the district capital.

“I was offered to get there by car, but I refused because I travel on foot as a matter of principle. When I reached the settlement of Novokharkovka, I met those people again. They “forbade” me from spending the night in a tent as I usually do. They said that it was too cold and invited to their home. The next morning, the hospitable hosts gave me a big bag of groceries, and I continued my journey. I never ask for money or food. I can only ask how to get to a particular locality. But people, especially in villages, often express a desire to help me, and I don’t refuse,” Thomas told.

In Olkhovatka, the foreigner learned from the local residents about the oldest sugar factory, which had turned 185 years old in 2019. The guest was told that Olkhovatsky District was the birthplace of the great-grandfather of the world-famous writer Anton Chekhov. The Swiss asked whether there were environmental problems in the area and how they were solved. He asked if it is really impossible to drink water from a water tap as it was written in guidebooks. 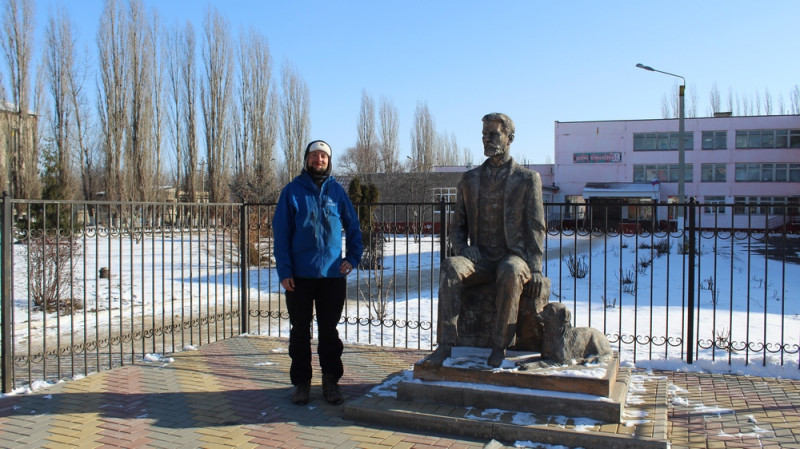 In Switzerland, Thomas worked as an accountant, had a house, a car. He sold everything he acquired and invested in charity and his journey.

“I decided to help children in India, Nepal - not to wait until I become a pensioner and have a lot of free time and money. My parents and brother supported me. My mother said: "If you are happy, then I am happy." But she is very worried about me – after all, the journey is not easy, the countries and people are strange to me. And when she sees on a special website that I have stopped, he starts to shower me with messages asking if everything is okay,” Thomas Perissinotto shared.

The traveler believes that the most valuable thing in his small baggage is the GPS tracker, which helps his relatives, friends, as well as all people interested in the project to monitor his movements. The device has an alarm button with which one can give a signal in case of trouble, and a GPS navigator that leads Thomas forward. In addition to useful gadgets, Thomas Perissinotto took a minimum amount of clothes, including warm clothes, some dishes, a multi-fuel stove for cooking, a tent.

“Most often, I spend the night in a tent using a sleeping bag. When it is very cold or raining heavily, I stay in hotels, private homes. Often people don’t charge me for an overnight stay. In winter, I don’t cook food on the stove - it’s too damp and cold. Sometimes I have to warm up sandwiches using the heat of my own body. But in summer and spring, I use it and make pasta in a small pot. It is so cold in winter that foods freeze quickly. During the trip, I have tried a lot of delicious local dishes. I even have two pieces of salo (salted pig fat) thanks to the Olkhovatka residents,” said Thomas.