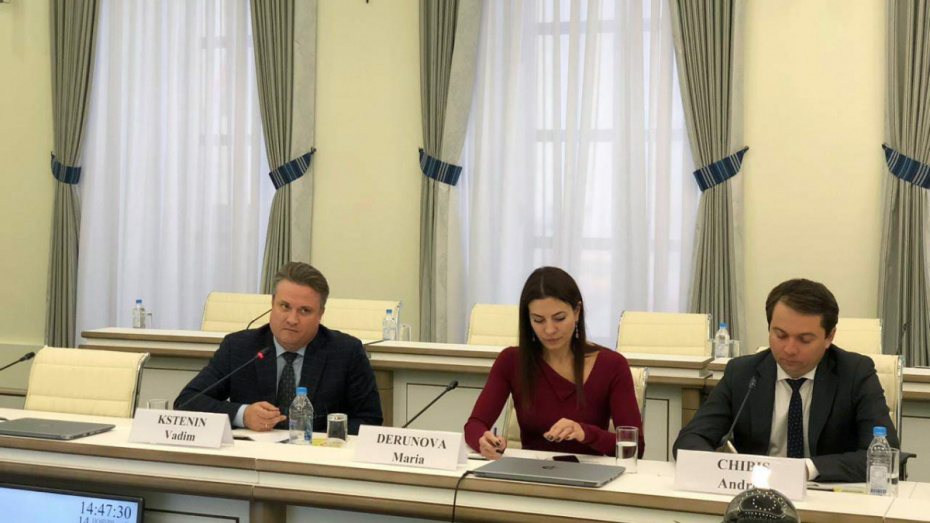 The head of the city participated in the meeting of the Deputy Minister of Construction of the Russian Federation and the Vice-Minister for Transport of Japan.

Voronezh Mayor Vadim Kstenin spoke about the plans to create a “smart” transport network in Voronezh at a meeting with Andrei Chibis, Deputy Minister of Construction and Housing of the Russian Federation and Fumihiko Yuki, Vice-Minister for Infrastructure, Land, Transport and Tourism of Japan on Wednesday, November 14. The meeting participants discussed the status of the pilot projects using “smart” technologies, developing solutions for replicating and scaling up the positive experiences in Voronezh and in other cities, the Press Service of the Voronezh Mayor’s Office has reported.

– I propose to make the creation of a “smart” transport network, which includes the use of advanced technologies of satellite navigation of public transport, a priority for Voronezh. The task is to link the system of “smart” stops and traffic lights with the Road Traffic Organization Center. Voronezh residents will be able to receive full information on the movement of passenger transport both through mobile applications and on special boards at the bus stops. This will allow the “smart” traffic lights to analyze and regulate traffic, taking into account the priority of passenger transport, Vadim Kstenin said.

According to him, the topic of introducing “Smart City” technologies in Voronezh will be one of the key ones at the meeting of the intergovernmental working group, which will be held next week. The Deputy Minister of Construction, Housing and Communal Services of the Russian Federation, the chief state housing inspector of the Russian Federation Andrei Chibis will take part in the meeting.

In the spring of 2018, Voronezh was among the 18 cities selected by the Ministry of Construction of Russia for “Smart City” pilot project. Centralized city information systems and targeted smart developments will be tested in these cities. A system of “smart” traffic lights has already been assembled in Voronezh, which analyze traffic and change the mode of operation depending on traffic congestion. Now, “smart” stops with route maps, electronic boards, lighting, surveillance cameras and free Wi-Fi are being installed in the regional center.