“Pinnacle of martial arts.” When great MMA champion to appear in Voronezh 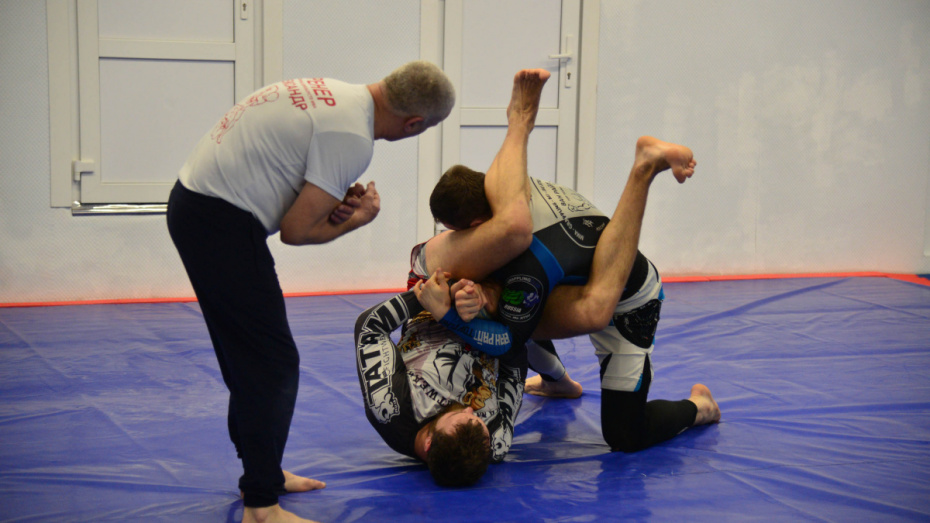 Representatives of the local mixed martial arts clubs have brought the region to the 2nd place in the Central Federal District.

The team of Voronezh will fight with the team of St. Petersburg during Fight Riot Mixed Martial Arts Tournament in the circus on Friday, February 22. During the fight evening, spectators will see four fights for the championship belts in different weight categories and seven rating meetings.

RIA Voronezh correspondents went to see the local fighters training and found out who in the city comes to take up one of the toughest sports, how the regional team became the second in the Central Federal District and what we lack to prepare an athlete of the world’s leading promotions level.

“There are no hopeless situations”

The training of leading Voronezh fighters Sergey Milkin and Anton Vinnikov is conducted by the most experienced specialist Mustafa Bayramov. Under his guidance, the athletes simulate various situations that can happen during a fight, and work out a way out of the most difficult situations. Thus, Milkin, who a few seconds ago laid in front of Vinnikov with his arm clamped, instantly got off of the painful hold and put the opponent on his shoulder blades. 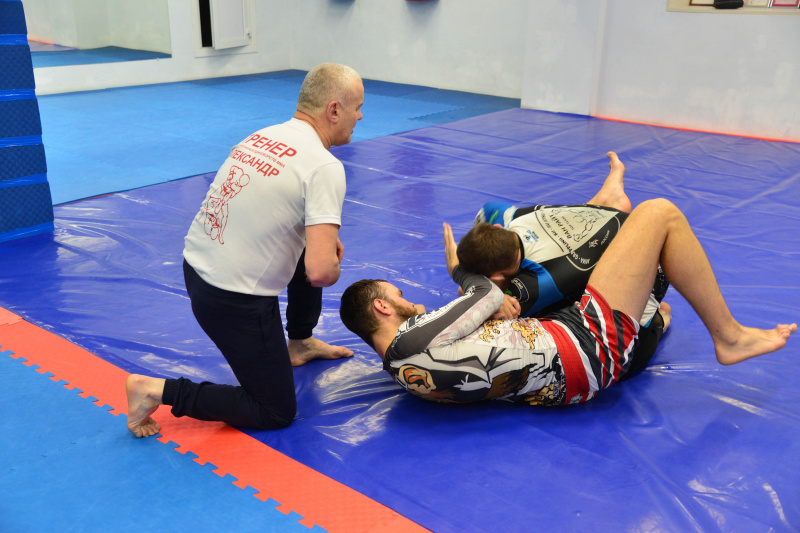 – MacGregor couldn’t do anything in the already legendary battle against Nurmagomedov and surrendered. It was really hard there, just a little bit more, and the Irishman would have broken his jaw. And if you are choked out, it could be fatal. However, I still teach the guys that there are no hopeless situations in MMA. You just may not be ready for something – that’s all. Often, you don’t have time to think in a fight, so you need to work out some things to the point until it becomes automatic before a fight, says the coach.

MMA for Voronezh was opened by master of sports in Greco-Roman Wrestling Stanislav Starodubtsev, who organized the first All-Russian Tournament in Voronezh in 2010. Three years later, the first successes of the local fighters appeared, when 23-year-old Alexei Belozertsev became the European Champion in Kiev. Ilya Kurzanov and Valentin Demonov followed him. The first one achieved serious results in army hand-to-hand combat, and the second one took up football before joining the fight club. However, several years later, Voronezh lost the most talented representatives of MMA – Demonov and Kurzanov moved to other cities, and Belozerov unexpectedly decided to end his career at 27.

– It was sad because the guys were in their prime. But other guys came. We have gained important experience and realized that the harder the path, the more interesting it is. I constantly see in the news headlines the words “stashes”, “spices” and other nasty things. We give young people an alternative. What is good about mixed martial arts is that everyone can develop their own style in them. And it’s never too late to start practicing them, Starodubtsev is convinced.

One of the proofs of his righteousness is the success of Sergey Milkin, who came to MMA at the age of 18. After entering the Automobile Industry Faculty of the Forestry Academy, he moved to Voronezh from Liski and came to the fight club, as he said, out of interest.

– In the “Forestry Academy” I was taught how to design a car dealership, how to open a business related to maintenance, repair, how to equip a car wash. However, I have not worked a single day in this sphere. I took up various martial arts, though, just for a few months each, just out of boredom. When I started taking up mixed martial arts, I was generally zero, to be honest. Imagine 18 years old, a new city, no parental care, you are alone. There were parties, my friends led a very peculiar life. A friend of mine, who was a boxer, said that I should take up MMA, try it. At first, it was very hard, I came across guys who were stronger than me at the trainings. I remember that a new coach came and gave such a warm-up that it was hard to get up. He showed new exercises, and it was stressful for the body. The coach wanted us to work in fatigue, when all the mistakes and gaps are immediately visible. I was lying on the floor and my heart was hardly beating. But then you get a thrill. When you go home from a workout tired, realizing that you have done well and learned something, this is euphoria. Everybody watched movies with Van Damme in their childhood, imagined how they were fighting. And you go to trainings, train and become stronger – it is an indescribable pleasure, Milkin confessed.

In 2018, Sergey Milkin became the master of sports. Now he is preparing for Fight riot tournament and in parallel is getting additional higher education at the Institute of Physical Education as “Coach-Instructor.” 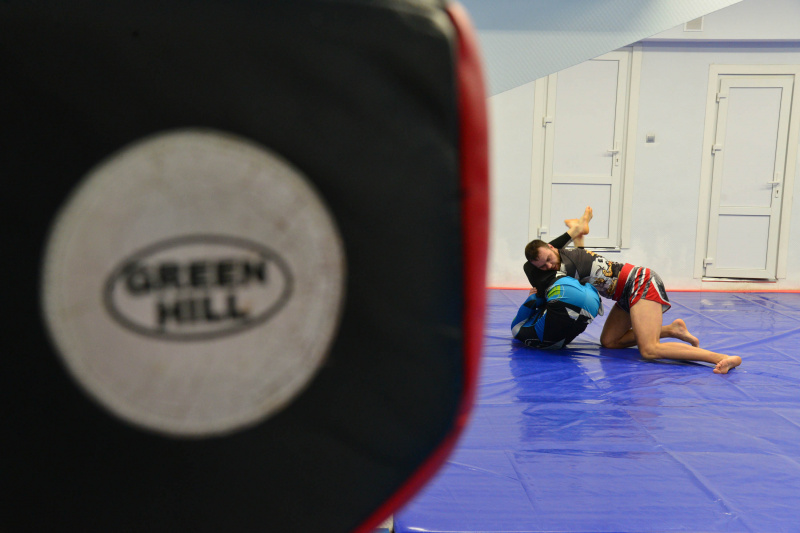 – When MMA just appeared in Voronezh, there was no such accurate system of training as it is now. There was no such universality. It is clear that every coach has something personal, great — someone teaches striking better, someone – wrestling. But then every coach gave you something great. And now he’s teaching this one thing “excellently” and the rest “good”. The main thing is that they engrain the passion for self-development. When I started, I could watch video of submission and painful holds for an hour and a half a day. Because I realized that it was always better to finish the fight early. When the fight lasts until the last gong, you rely on the referees – and I do not want to. I watched the battles in which the strongest was marked down. I am most nervous not before entering the ring, but when the referee takes our hands – yours and the opponent’s – and you do not know whose hand he will raise, explained Milkin.

“We bring very serious rivals for our fighters”

By 2019, the Regional MMA Federation includes 14 clubs. About 500 people train there. Athletes are divided into two categories. The first group does it for wellness and self-defense skills, they pay for membership. The second group members are ready to work for results and take up sport of setting records – they do not pay for training.

– We do not own many sports halls, most of them are rented. The coaches’ salaries, the fighters’ fees are also money. It is wrong to pay serious sums to invited fighters and underestimate the Voronezh athletes, said Starodubtsev. 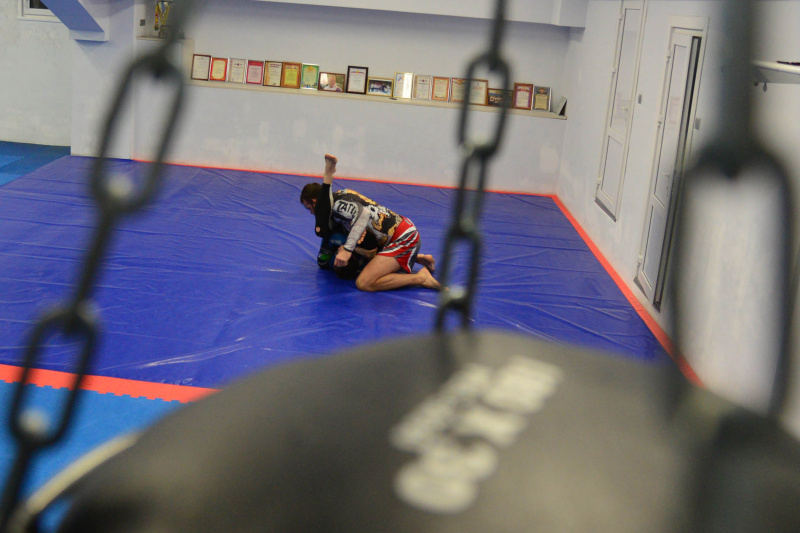 In 2018, Voronezh fighters brought the region to second place after the Moscow Region. The best local athletes performed in the leading Russian promotions – Fight nights and ACB.

– Our guys look worthy at this level. There would be more victories if not for one thing. There are no minor things – people know that the fighters in Voronezh are always ready to fight, but they are not wealthy. Fights are arranged on short notice – that is, they make an offer two or three days before the fight. For the sake of fees, the guys agree and go, being ready not to the fullest extent. I try to fight it, I ask the guys to reject such offers more often. Because money is great, but it is very difficult to grow through such fights, said the President of the Regional Federation.

In order to provide its fighters with competitive experience, the federation organizes tournaments where Voronezh fighters learn from the best athletes of Russia. Alexander Volkov, now a candidate for the UFC Champion belt, Anatoly Tokov, Vadim and Viktor Nemkovs, Nikolai Aleksakhin, Ibrahim Ismailov and other top fighters took part in Fight riot fight nights. This important experience is expensive for the tournament organizers – not always fight nights compensate for the cost of their holding.

– It is expensive, but it is necessary to do it. First, we encourage the region to take an interest in this wonderful sport. Secondly, we bring very serious rivals for our fighters. Yes, there is a high probability of defeat, but you won’t learn anything if you hit bags, Starodubtsev explained.

The President of the Voronezh Region MMA Federation stresses that all the successes of the local fighters are not due to anything, but despite everything.

– If there was more money, we would develop faster. Sometimes some of the guys do not come to the training because they do not have enough money to take a bus. Many of the athletes train in their spare time. But those who go to the highest level earn money, receiving fees for fights. We lack sponsors. Professional boxing, for example, started to develop in Voronezh later than mixed martial arts, but has more private investors, because boxing is a more traditional sport. We constantly have to get rid of the common expression “fights without rules”. You come to talk to a potential sponsor, and the person thinks that MMA is something illegal, underground. Many people do not understand that we have an official type of martial arts, which is recognized by the Ministry of Sports. Children receive the same categories from the age of 10. Boys can come from the age of seven – they will be smoothly brought to work contacting. The rules in the children’s MMA are different. There is no finishing, knee strikes, they put on helmets, feet, in addition, there are no painful or submission holds. In future MMA will become an Olympic sport. This is the pinnacle of martial arts, the fastest growing sport in the world, the manager is convinced.

Stanislav Starodubtsev is sure that sooner or later Voronezh fighter will take part in UFC, the most prestigious world promotion, the champion of which is Habib Nurmagomedov from Dagestan.

– In order for a Voronezh fighter to glorify our city around the world, various factors must come together, Starodubtsev explained. – We have talents, they have character, we need money so that athletes could think only about their development, and our efforts as a team should be directed at finding the right path to the top. We don’t need much money – if we had a tenth of the region’s spending on professional football, our guys would already be at the center of attention at world tournaments.