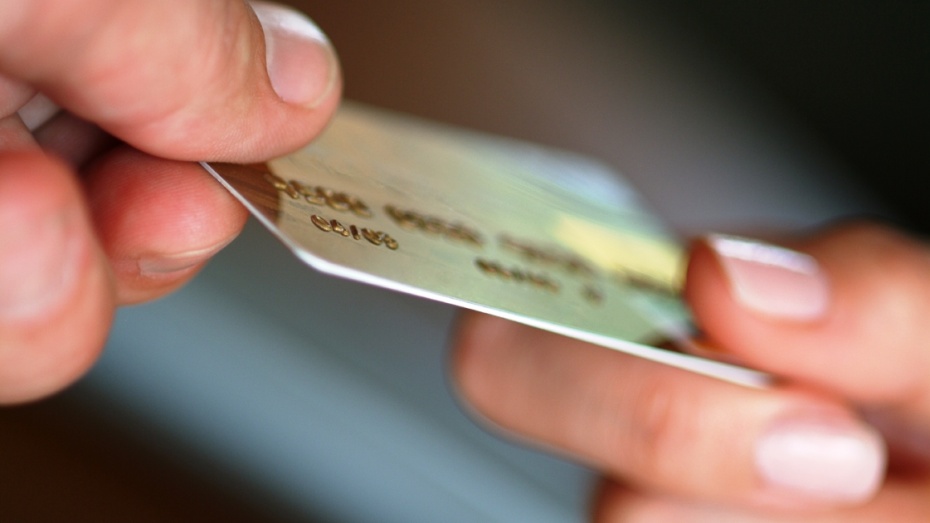 He has already sued out not to pay interest and fees which the bank was trying to collect.

Kominternovskiy District Court of Voronezh has initiated hearingsof an unprecedented claim against a bank by its client. 42 -year-old resident of the regional center Dmitriy Alexeev (his name is changed) requires Tinkoff Credit Systems bank to fulfill its obligations - to compensate for not sticking to credit agreement terms created by Alexeev himself. The citizen of Voronezh sent a claim to the legal department of the bank asking to settle the dispute out of court, where he specified the amount of 24 million rubles (around 720, 000 USD). It is based on the fact that the bank has violated the terms of the credit agreement. By signing the agreement the bank has assumed the obligations. Alekseev altered those obligations, written for the bank’s clients in small, usually hardly readable font.

The bankers signed the document apparently automatically, without reading the text, having no idea that the client had created his own conditions. So, Alekseev pointed out that the credit interest rate and withdrawal commission were 0%. He also wrote that “the client is not obliged to pay any commissions and fees stipulated by the tariffs.”

The guy has a good chance to win the action against the bank. If for no other reason than because the Court had previously upheld the agreement concluded ​​by the parties. According to this decision, the agreement drawn up by Alexeyev was found legal.

Now, August 12, the citizen of Voronezh demands public refutation fr om Oleg Tinkofffor accusations of fraud and 900,000 rubles (around 27 000 USD) emotional damages. In case of winning the claim for defamation, he promises to transfer the money to one of Voronezh orphanages.

Bankers in their own trap

The story began in 2008 when the citizen of Voronezh received a letter fr om Tinkoff Credit Systems CJSC offering him a credit card. The only thing you had to do to activate it was filling out an application form and then sending it by mail to the address printed on the envelope.

By the way, almost everyone in Russia has at least once received such offers fr om banks. As a rule, the most important aspects in such documents are written in very small print, so that it is hardly possible to make it out. At the time many Russians burned their fingers because of their negligence - they signed documents without reading the small print. Meanwhile, it contains information on interest rates, commissions, penalties. As a result, people had to pay huge interest. If they knew it in advance they would have never taken money from banks.

Dmitriy Alexeev turned to be a legally savvy customer: he is a former law enforcement servant. He decided to offer the bank new terms posted on his website.

Dmitriy scanned the application form into his computer and modified the part of the credit agreement written insmall print. He pointed out that the credit interest rate and withdrawal commission were 0%. He also wrote that “the clientis not obliged to pay any commissions and fees stipulated by the tariffs.” In addition, Alekseev made a reference to his website www. tcsbank.at.ua instead of the bank’s website www.tcsbank.ru, affirming that “he is informed with the applicable General Conditions and Tariffs placed on the Internet.” Let’s put it simply, Alekseev spelled out the unlimited, interest-free credit for himself. The agreement on the website also provided for cases when the bank broke the terms of the document.

In case of unilateral termination of the contract the Client spelled out compensation from the bank in the amount of 6,000,000 rubles.

Soon Dmitriy Alexeev received an approved copy of the application form and his credit card from Tinkoff Credit Systems bank. This meant that the bank had agreed with the conditions specified by the Client.

Client also has the right

After receiving the credit card Dmitriy started actively using it. Tinkoff Credit Systems had no questions to Alexeyev for 2 years. The bank terminated the agreement with him in April 2010 due to overdue payments.

In 2012 Tinkoff Credit Systems CJSC sued him for 45,000 rubles for fees and charges. The client provided to the Court the agreement signed by the bank and showing the conditions published on the website. Mr. Alexeev was only ordered to pay an outstanding balance of 19,000 rubles (around 600 USD).

The Court ruled that the agreement signed in 2008 was legal, and the client as one of the parties had every right to suggest his conditions. The legitimate document refers to www. tcsbank.at.ua. web page wh ere the credit card issuance terms and tariffs are posted.

- The bank accepted the conditions of the agreement by sending the card …Alexeev did not take any obligation to pay interest for using the credit card. In this regard, the plaintiff's claim for recovery of the overdue interest, service fees, as well as the principal debt from the defendant is not justified and shall not be approved. – summarized the Court.

By decision of the Court dated September 6, 2012 Alexeyev was only ordered to pay an outstanding balance of 19 thousand rubles (around 600 USD). The decision came into force in December, after the appeal.

The citizen of Voronezh demands the bank to fulfill its obligations: to pay 3 million rubles (almost 90,000 USD) for each unilateral alteration of the terms and tariffs. According to the client, the bank violated 8 such items. Alekseev sent a claim to the legal department of the bank asking to settle the dispute out of court, wh ere he specified the amount of 24 million rubles (around 720, 000 USD).

Alekseev says that by suing him for interest and penalties the bank has violated its obligations. And this is confirmed by the materials and the decision of the Magistrates Court.

- We ask the Court to compel Tinkoff Credit Systems to fulfill its obligations andcollect a compensation for violation of the general conditions and tariffs. As responsibility always assumes a certain kind of material or personal relations, it should be expressed in some additional burden, causing negative consequences for the offender - said the plaintiff's legal representative from “Consultant” agency Dmitry Mihalevitch at the preliminary hearing of the case.

Lawyer of Tinkoff Credit Systems did not appear at the preliminary hearing requesting to consider the casenon-par. The bank's representative Alexander Stremousov explained in his statement that he considers Alekseev’s claims illegal. Stremousov asked the Court to dismiss the claim under the statute of limitations.

- Under the agreement the bank terminated it unilaterally issuing the final bill to the plaintiff on April 19, 2010. He received the bill with a notice of termination on May 6, 2010 - said Stremousov. - According to the Civil Code, the period of limitation shall be three years. Its termination shall be the basis for the decision to dismiss the claim. The statute of limitations expired May 6, 2013.

But Dmitry cited the plaintiff’sarguments to the Court.

- Dear Court! Tinkoff Credit Systems’ lawyers refer to the framework agreement of the bank. But its representatives signed another agreement - its terms are posted on www. tcsbank.at.ua website. The Magistrates Court found it legal. According to the basic provisions of the document, upon its unilateral termination the bank agreed to pay compensation to the client in the amount of 6,000,000 rubles (about 180,000 USD). But this was not done, so the agreement can not be considered terminated, - noted Dmitry Mihalevitch.

After hearing the parties, the Court decided to request materials of the Magistrates Court serving the basis for September 6, 2012 decision. The next hearing is scheduled for September. The bank's lawyers will be notified.

Examining judicial practice by the parties, namely Regulation 9 AC of  Moscow dated December 28, 2012, and of the Constitutional Court of the RF dated 23 February 1999, will enable them to take another look at the situation and assess their strength.

The Decision of the Constitutional Court of the Russian Federation states that a citizen is economically weaker party in legal relationship with banks and needs special protection of his/her rights.

Termination of the agreement can be achieved only upon willingness of the both parties to the credit agreement. Its forced termination with the relevant consequences, such as debt, interest and penalties collection is possible only on legal grounds, through the courts, and subject to pre-trial dispute resolution procedure.

Consequently, wh ere a borrower is a citizen, only the law, but not the agreement shall determine whether the bank is entitled to terminate the credit agreement unilaterally or not.

Since the agreement includes provisions on the bank's ability to terminate agreements unilaterally on the grounds not provided for by law, the bank's actions are contrary to Consumer Right Protection Law provisions.

In our opinion, it’s quite a task for the Court to find a limitation period starting point.