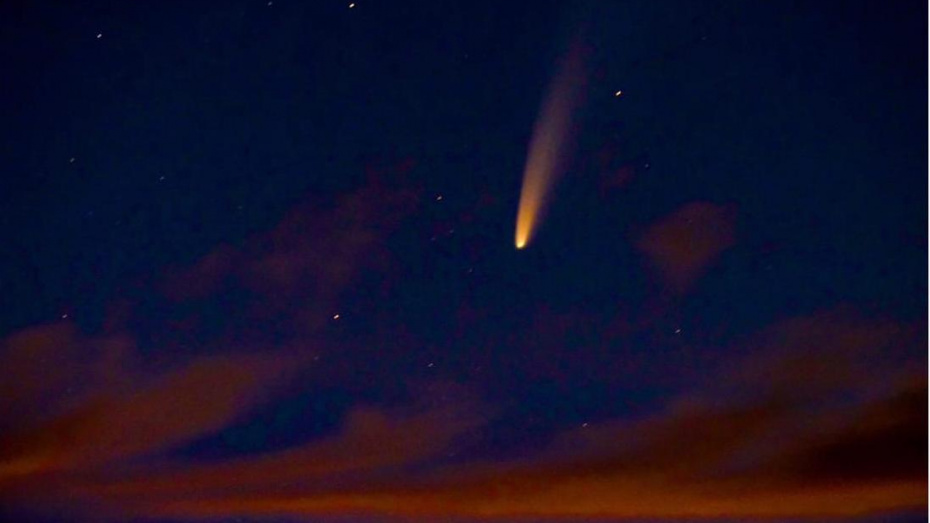 The last time a space object flew so close to the Earth was 23 years ago.

Ilya Pankratov posted photos of the NEOWISE Comet on social media. The post was published on Saturday 11 July. The RIA Voronezh correspondent asked the author about the circumstances of the shooting.

‘I learned about the comet from the news - that it should be well visible in our sky during July. In general, I love astrophotography and occasionally practice in this genre,’ said Ilya.

Pankratov took a picture of the comet by accident:

‘I got caught up in work tonight and didn't notice that it was already one in the morning. I went to the balcony of the apartment and saw the comet. To be honest, I took these pictures right from the balcony of the 15th floor. Of course, if you drive outside the city, there would be less light striking and dozens of constellations would appear on the shot. But this shot was taken in Voronezh.’

He also told how residents of Voronezh could feast their eyes on the unique phenomenon:

‘Anyone can now observe a comet through binoculars or other optics, but it can also be seen without special devices. For convenience, you can use the star sky programs on your phone: there is now a sufficient choice of them for any device.’

According to the N+1 portal, the C/2020 F3 NEOWISE comet was discovered on March 27. Unlike other comets, it did not collapse after passing by the Sun. The space object will approach the minimum distance to the Earth on Thursday, July 23. On this day, however, it will be difficult to see without instruments. Until that time, it will be possible to observe the comet with the naked eye at night. The last time the inhabitants of the northern hemisphere could see a similar object was 23 years ago. The Hale-Bopp Comet was named the Big Comet of 1997.

In early June, a resident of Voronezh captured the "strawberry moon". This is the name of the penumbral eclipse in June.