Berlusconi’s Love from Voronezh: “I keep Silvio’s diamonds in a bank for a rainy day” 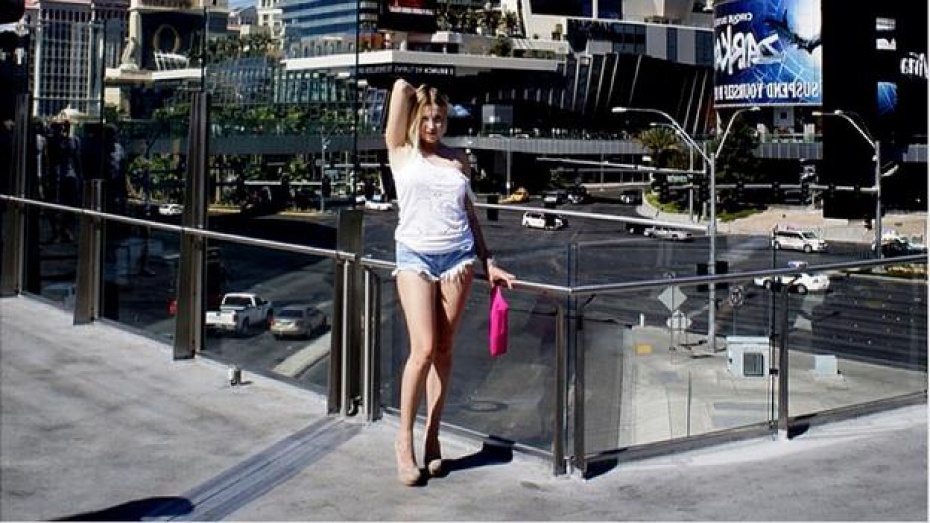 Close friend of the scandalous politician talked to reporters of RIA “Vorovezh”.

In Russia they spoke about Berlusconi’s friend fr om Voronezh in April 2011. Her name flashed in the media after publishing the records of Italian ex-prime minister’sconversations with his numerous girls. National press wrote:

“Last year on September 26 Skorkina phoned Berlusconi to his villa in San Martino near Milan and said: “My love, I have run out of gas.” Following fr om the conversation, at first Berlusconi did not understand what the woman meant, but on second thoughts he said: “Oh, I see ... Well, I'll tell Spinelli.” The Premier mentioned the name of his accountant, Giuseppe Spinelli, who according to the prosecutors gave hundreds of thousands of euros at the order of Berlusconi to his mistresses. The same day Skorkina phoned Spinelli, said that she had been talking to the boss about the “gas” and asked him, “Well, do you understand me?”

Since then, a mysterious Skorkina fr om Voronezh is haunted by both Western and Russian tabloids. European media often calls 31 year old Raisa Russian Cinderella. Her story pretty much resembles the biography of the fabulous heroine ...

Reporters of RIA “Voronezh” were lucky to talk to the mysterious senhorita. Raisa now lives in Milan. She participated in several beauty contests in Italy wh ere became a finalist. She has a luxury three-bedroom apartment, two expensive cars, and a prestigious job in the fashion industry. 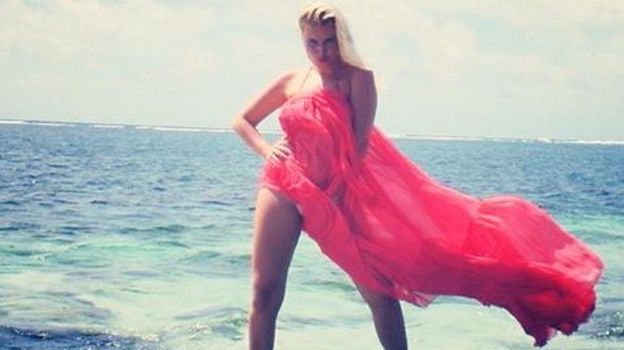 Raisa was born and raised in Voronezh. She finished the 75th School in the South-West district of the city. When she was 14 she decided to go to casting in a modeling school, just for fun. The tall (at the time she was already 178 cm tall), curvy girl was immediately noticed and sel ected for further training.

- I remember when the jury pointed the finger in my direction and told that I suit them, I was so happy! I blushed, then turned pale, - says Raisa. –My parents were told that they had to pay for my training, so, they agreed. It was hard to catch up everywhere. Just imagine:my school lessons first, then I rush to my grandmother - she worked as a chief accountant - helping her to take documents to the tax office, and then I go streight to my model classes. We were learning the modeling basics for 3 hours.

After high school Raisa entered Voronezh Musical Pedagogical College, the girl had been playing the piano since childhood. But she was not destined to become a musician. At the age of 17 she moves to work in Italy. The contract was so tempting that Raisa left her studies at the college without a moment’s hesitation and chose the career in the fashion industry.

- I worked there for one and a half years, earned a lot, entered a drama school in Milan. At the age of 19 I married an Italian, a restaurant owner. Franco comes from Sardinia. We lived 6 years together and are still friends. Moreover, I see that he still loves me. Franco hasn’t married anyone after our divorce. He has recently undergone a cancer surgery. He needed to be looked after and I took him home. I was with him for about a year taking care of him. Nobody could help him: his mother is an elderly person. I could not leave him in such a difficult moment. He has moved to his small motherland, but the disease destroys him even after the surgery. It hurts to look at how a person dies before your eyes - tells Raisa Skorkina with sadness.

“At first I did not realize that it was Berlusconi himself !”

Raisa met Silvio Berlusconi in 2004 at one of the receptions of the former “Formula 1” owner, Fabio Briatore. The girl was working in his team at the time.

Fabio Briatore is one of Silvio’s close friends. I was very busy at the event that day when a pleasant muscular man wearing a bandana came up to me (Berlusconi had had a hair transplant surgery at the time), I did not recognize him as Italian prime minister. He said I was very beautiful and asked for my phone number. Then he walked away, and people immediately ran up to me wondering whether I knew who I had just been talking to. It's the President Berlusconi! In Italy many locals call Silvio the President. He is the first man in the country for them not for the status, but for real. 9 years ago Silvio was a very handsome man. He looked 40 years maximum. I still remember our first date in detail,
Raisa Skorkina

The first date with Berlusconi was on the second day of their acquaintance. One of the richest people in Italy invited Raisa for dinner to his home. The whole road to the place that day was embraved with flowers, candles were lit, live music was playing.

- I see him coming from the garden. He is holding a small box. He comes to me, opens it, and I see a gorgeous diamond necklace.

- Have you already gone out with these diamonds?

- No, never. The necklace is kept in a bank for a rainy day - Raisa is laughing. - Those diamonds were not the only gifts of Silvio ...

One day during the dinner attended by Raisa’s relatives, Berlusconi made ​​an unexpected confession.

- We were seating at the table, the sea was behind us, we were chatting nicely, and suddenly Silvio turned to my sister and said, “If I were younger, I would marry her and keep her near me for all my life!”. I kept silent that time, and we never returned to this conversation - says Raisa.

Her love relationship with the Italian politician lasted 3 years. It ended in 2007, when Berlusconi returned fr om the USA, wh ere he had undergone a major surgery.

- I was living like in a fairy tale for these three years. But Silvio was always saying that he was too old for me. I knew it myself that our relationship had no future. We have remained good friends, I treat him tenderly and I am always ready to defend him.

- Yeah, he needs moral support now more than ever ... The Court of Milan sentenced Berlusconi to 7 years in prison, he also can not hold public office for life...

- The last thing is the worst for Silvio. He so miserable, our media has trashed him so much! Don’t believe everything they say, the half of the surrounding him people were exploiting his kindness.

- Do you keep in touch now?

- Yes, but rarely. His new girlfriend Francesca is very jealous. I don’t want to say anything bad about her, you can look at her picture if you want. No matter if we stop to keep in touch, I will not stop to protect Silvio anyway. I make no bones about it, the only thing I do not want to make public is our photos with Silvio. Maybe one day I will give permission to publish them, but so far let me leave this small personal part for myself.

“I’ll give hell for Voronezh!”

The last time Raisa visited Voronezh two years ago. She says the city has improved greatly in her absence.

- I never hide the fact that I'm from Voronezh. I will give hell to anyone speaking ill of my city and Russia. The Russian press was often running me down, saying that I am from Voronezh, the remote province. But I do not think so and I always defend my beloved city. Voronezh is a wonderful city, I always say that my city is the cradle of the Russian fleet. And the most beautiful girls in Russia live in Voronezh. When I was here the last time, I noticed it.

- Who are your parents? Do they still live in Voronezh?

- Yes, my family lives in the city. My father, Alexander, works in a hotel. My mother, Nadezhda, is a chef in one of the restaurants, and my sister is Russian-Italian translator.

- Are you going to take your sister with you with such profession?

- She has settled down. She is happy and successful here, but if she wants to, she is always welcome. I love my family very much. I always help them, send gifts, and show the world.

- Wh ere do you see your future, in Italy or in Russia?

- I'm going to America in a few days, considering some interesting contracts, but I would not mind moving to Russia. I would like to work with Russian filmmakers, or on the television. I adore the program called “Fashion Judgment”, and as my profession is directly related to fashion, I think I could work there. I really like Nikita Mikhalkov, my dream is to work with such a professional.