Voronezh Region cooperates with Vietnam in economy and tourism

Ambassador Extraordinary and Plenipotentiary of the Socialist Republic of Vietnam Ngô Đức Mạnh has come to the Voronezh Region. On Monday, November 25, he discussed the cooperation in the field of economics, education, and tourism with Governor Alexander Gusev. The ambassador proposed establishing twin-city relations between Voronezh and one of the cities of Vietnam. Alexander Gusev supported this idea.

The Head of the Region noted that Vietnam was interesting to the Voronezh Region as an economic partner. Firstly, through an increase in turnover.

“The opportunities for economic cooperation are quite large. We are a region that produces a lot of agricultural products. Now our goal is to develop the processing, to ship ready-made products,” Alexander Gusev explained. “We will be ready to help establish direct contacts between enterprises. We have a versatile industry, and engineering is developed quite well.” 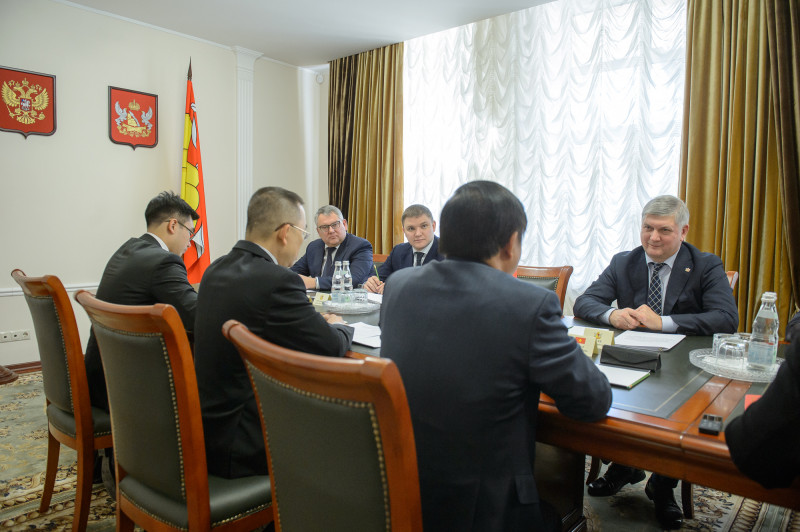 The Voronezh Region could also be of interest to Vietnamese investors. Alexander Gusev named its advantage over other regions of the country - the existence of a Special Economic Zone "Center". Vietnamese companies could place production there. An SEZ implies a simplified customs procedure, the absence of VAT and regional taxes. In addition, according to the Governor, the Voronezh business community is interested in investing in Vietnam.

“We have great opportunities for exchange in the field of economics. Our businessmen are interested in this issue,” the ambassador said. “I know that you have a good investment policy for foreign companies. Therefore, I am optimistic about cooperation. In addition, there is a large Vietnamese expat community in Voronezh.”

Ngô Đức Mạnh has already visited two Voronezh enterprises in the Maslovsky Industrial Park - Voronezhselmash and Europack LLC. He said that Vietnam is intensively developing trade. The republic is interested in Russian companies entering its market.

Alexander Gusev added that there was an opportunity for cooperation in the field of nuclear energy. Rosatom State Corporation uses the Novovoronezh NPP as an educational platform for training personnel, including specialists from other countries. The ambassador assured that it would be of interest to Vietnam.

The second field that was discussed was education. Alexander Gusev recalled that about a hundred Vietnamese students were studying at Voronezh universities, including at the Air Force Academy. The ambassador said that the quality of education in Russian universities was at a high level. The republic is interested in increasing the number of Vietnamese who go to Voronezh to study.

The Head of the Region and the ambassador see great potential in cooperation in the field of tourism. The ambassador suggested holding a tourism forum, where Vietnamese cities would be presented to Voronezh residents.

“I think that Vietnam is of great interest in the field of culture and tourism for people living in the Voronezh Region. We are ready to spread the information among the residents, motivate them to travel to the republic,” the Governor assured. “The Voronezh Region, due to its climate conditions, may not be as attractive as Vietnam. But we have our own zest, a rich history, beautiful locations. We could develop ecotourism. Therefore, we invite Vietnamese citizens to visit us.”

Alexander Gusev said that the development of the tourism sector will contribute to the modernization of the Voronezh Airport. It is assumed that by 2022 a modern terminal will be built, the runway will be lengthened so that large-capacity aircraft can land. International traffic is planned to be expanded.