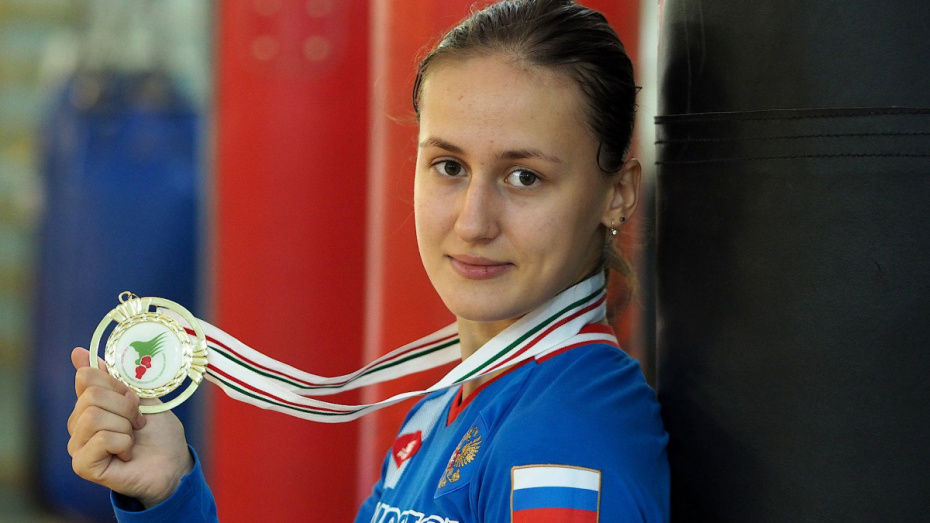 The ranking was published by British tabloid The Sun.

Three-time European boxing champion, VSU student Anastasia Artamonova entered the top of the most attractive female fighters in Russia and Kazakhstan. The ranking was compiled by European boxing champion Svetlana Soluyanova, and British tabloid The Sun published it on his website with the headline “From Russia with Love” on Saturday, April 25.

“Svetlana Soluyanova loves sharing selfies with her Instagram followers. Soluyanova proved that she was more than just a pretty face when in 2018, she became the European champion in the women's featherweight category of up to 51 kg. Appealing to her 24 thousand subscribers, she said: “I've always wanted to place on my page and show women boxers with huge professionals attention and the most beautiful appearances in my personal opinion. There are the people who personally for me bring about aesthetic pleasure," The Sun quotes Soluyanova.

Anastasia Artamonova told the RIA Voronezh journalist that she was surprised to see herself in the ranking:

“I did not think that such a publishing house would make a beauty rating of Russian athletes engaged in martial arts. Before releasing the ranking, they carefully studied each athlete, “researched” through the entire Instagram. They chose the very best photograph, in their opinion, and correctly described our achievements (they even mentioned my university and faculty). I have never been on such lists before.”

For the ranking, The Sun chose the photo of the Voronezh athlete on which she is in silk pink pants and a lace top. 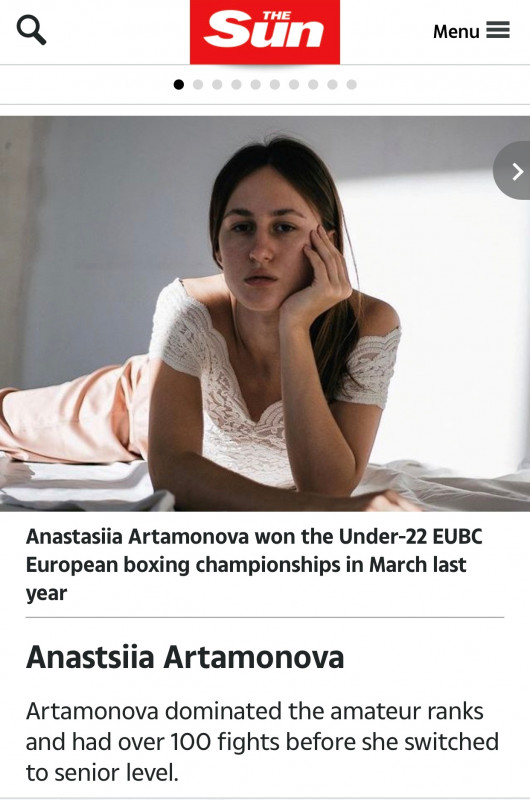 “The three-time European champion has achieved legendary status in the ring while studying law at the Voronezh State University,” The Sun wrote about Anastasia Artamonova.

Anastasia Artamonova is a trainee of coaches Stanislav Inozemtsev and Valery Artamonov, she has been boxing since the age of 7. In 2014, she won the gold of the European tournament in Italy, in 2015 - in Hungary, and third gold - in Turkey in 2016. In August 2017, Anastasia was recognized as the best athlete among participants in all weight categories at the Golden Glove of Vojvodina international tournament in Serbia.