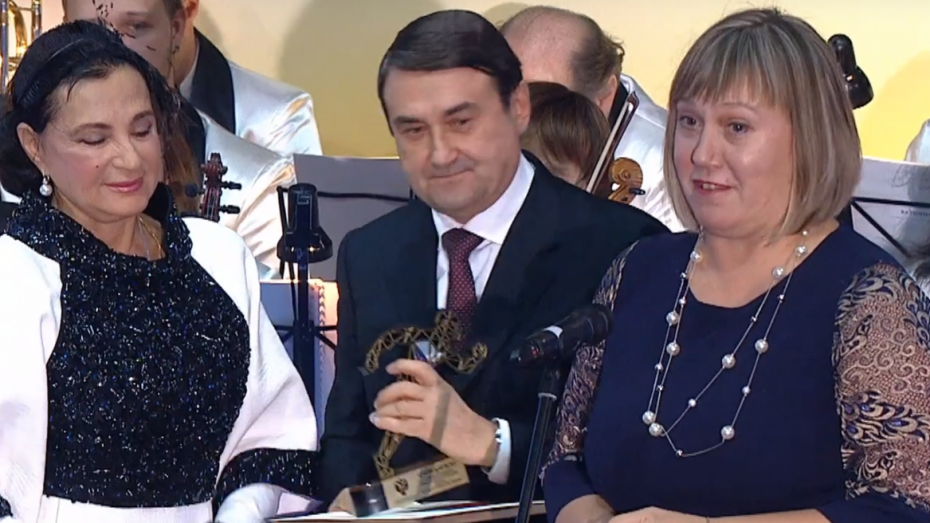 Lyubov Savrasova became the best in the “Organizer of Physical Culture and Sports Work” Category.

Teacher of the Voronezh School №55 Lyubov Savrasova received the National Sports Award. The awards from the Ministry of Sports were presented in Moscow on Tuesday, December 4.

Lyubov Savrasova won in the “Best Organizer of Local Physical Culture and Sports Work” Category. The award was also qualified for by physical culture instructor from Sasovo (the Ryazan Region) Irina Belova and sports instructor Alexander Sorokin (Mytishchi, the Moscow Region). The name of the winner was announced by Aide to the President of the Russian Federation Igor Levitin. Lyubov Savrasova thanked everyone for the support.

Lyubov Savrasova has been working at the Voronezh School №55 as a physical culture teacher since 2004, she has the highest qualification category. Since 2011, she has been the head of the school’s physical culture and sports club “Olymp”. Since 2015, she has been doing public work as the sports director of the Voronezh regional branch of the All-Russian Public Physical Culture and Sports Organization “All-Russian School Sports Federation”; she also participates in the work of the Public Council under the Regional Department of Physical Culture and Sports.

“Lyubov Savrasova’s top priorities in working with the local population are development of massive and family sports among the representatives of various age categories, and preparations to meeting the standards of the GTO (“Gotov K Trudu I Oborone”, or Ready for Labour and Defense, the state physical culture and sports programme – RIA “Voronezh”) complex. Among her professional achievements, Lyubov Savrasova lists the promotion of physical culture among the younger generation, the participation in the implementation of the massive school sports development programme and the system of school physical culture and sports clubs on the territory of the Voronezh Region”, - the Press Service of the Ministry of Sports noted.