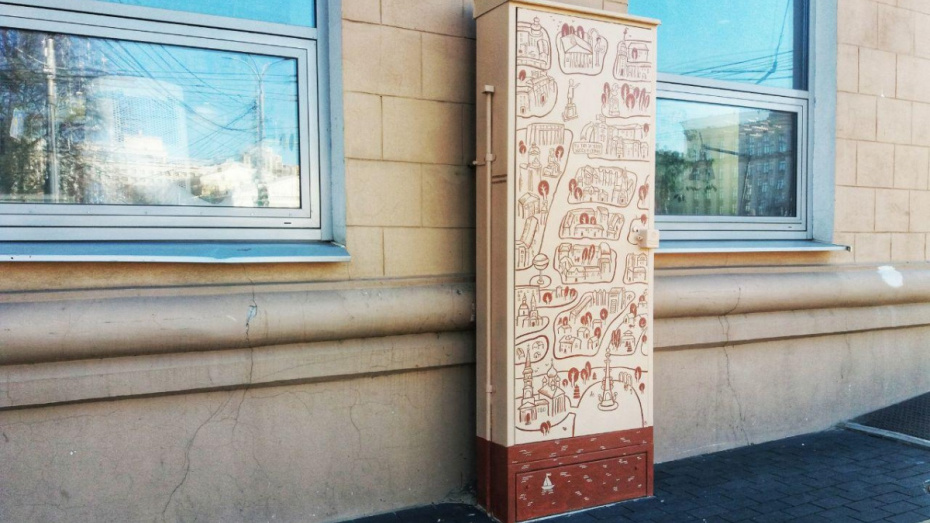 The Art Intervention project has demonstrated its first works.

The Art Intervention project demonstrated the first works of Voronezh artists who painted over telecommunication cabinets. The photographs were published on the VKontakte social network. 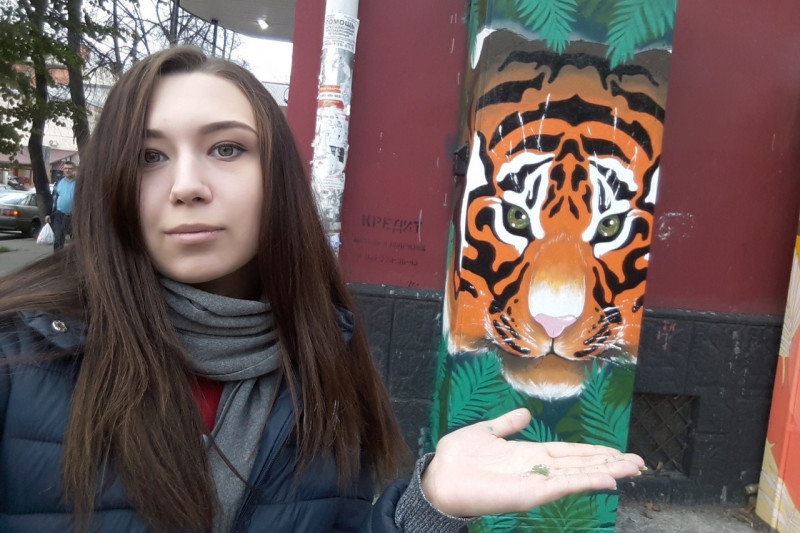 At the moment, the street art has appeared on six of the 100 planned cabinets. The works were presented by artists Vitaly Stykov, Yan Posadsky, Marina Demchenko, Svetlana Yunga, Victoria Shakalova, and Kristina Ramli.

– The artists are painting over cabinets of the Rostelecom company – the gray ones, on which there is a lot of posters and advertisements all the time. Art Intervention was organized in order to literally capture the city and transform it! The gray and dull cabinets are replaced by updated and vivid ones that pull a person out of everyday life and distract him or her from the routine and worries for a while. We decorated the first cabinet in the South-Western District at 20, Geroev Sibiryakov Street. While we were working, passers-by told us that our efforts were not in vain, because we were benefiting the city and making the world brighter. People said that they watched us from balconies, and supported us with warm words when they approached. Even those who initially reacted to our work with a doubt later offered their own considerations for painting, – said Kristina Ramli. 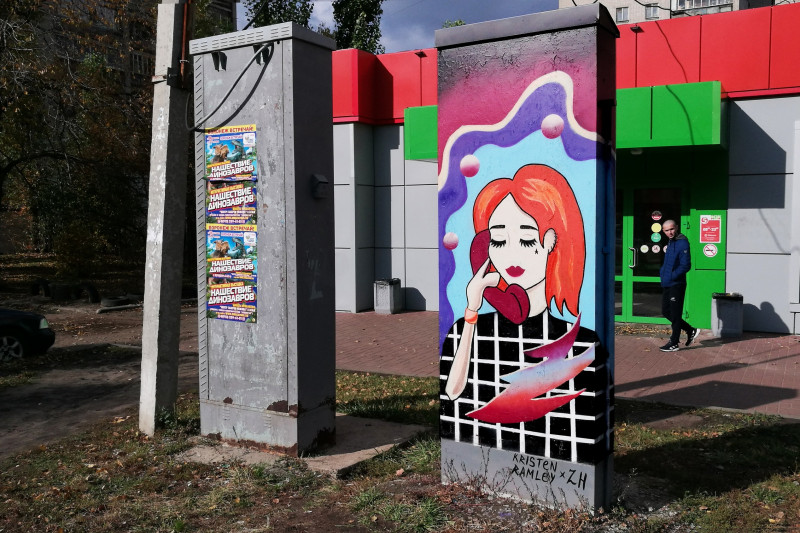 – When I was getting engaged in this affair, I just wanted to fool around, have fun and do something that would make a random passer-by wonder and smile. We watched – the frolic was a success. The teleport works! – Svetlana Yunga rejoices. 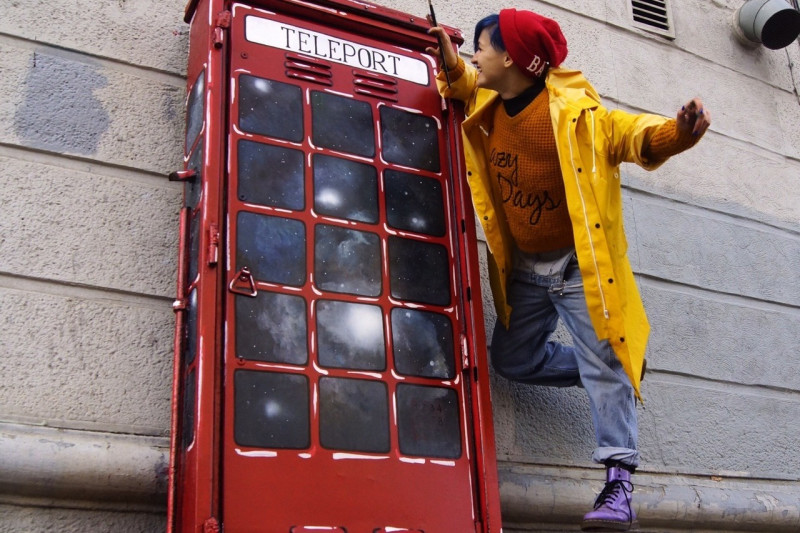 – I have long thought that Voronezh needed signposts with my map, and now it has appeared at 15, Lenin Square. It was not easy to draw thin lines, especially when standing on a stepladder or lying on the asphalt. But it was nice to hear the nice compliments from passers-by. One of them said that the picture had cool energy and resembled France. Another one laughed when he saw the cheerful Lenin, some simply rejoiced at art on the streets of the city. This fragment of the map shows the area from Lenin Square to the Water Reservoir, and there is a sign with the inscription “You are there around the corner here and now”. Now you won’t get lost, you won’t go astray, – Marina Demchenko is confident. 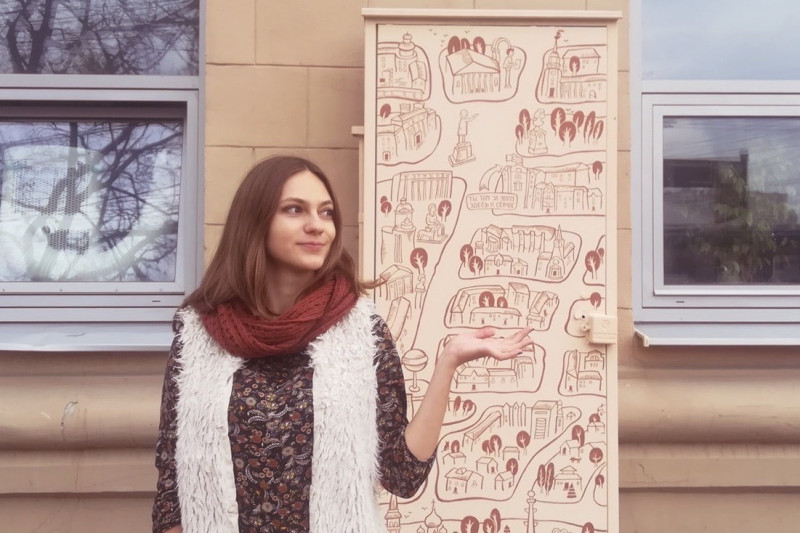 – The work was based on the advertising sign from the 80s, which was located on the roof of the apartment building opposite of the Proletary Film Theatre – “New Films Coming Soon to the Screens of Your City”, – Yan Posadsky explained. 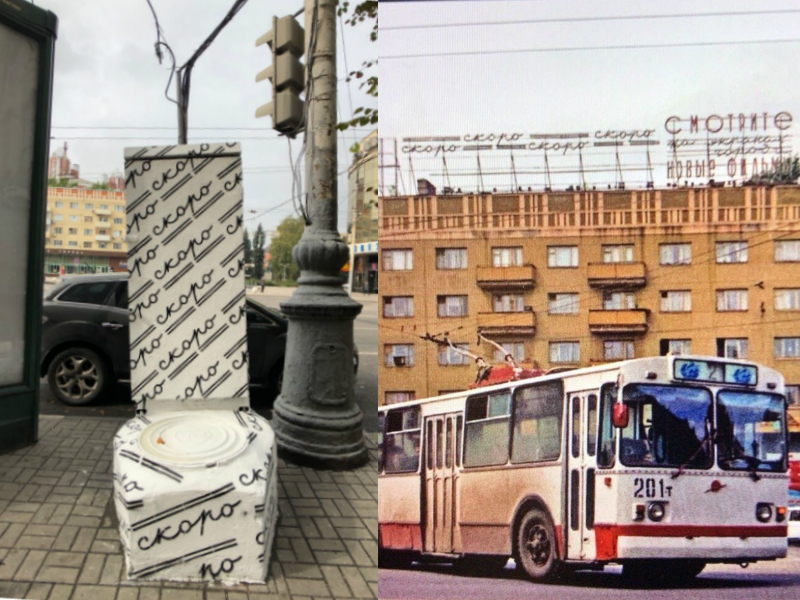 The project is supervised by urbanist and social activist Denis Yevgrafov. Art Intervention was created after a similar project - Chelyabinsk Urbanist: Cabinet Paint-Over.

– As practice shows, painted-over cabinets are less written on, less covered with advertisements ads and less vandalized, – said the curator.

To make it easier for artists, the organizers made layouts for coloring, which can be printed or opened on a computer. 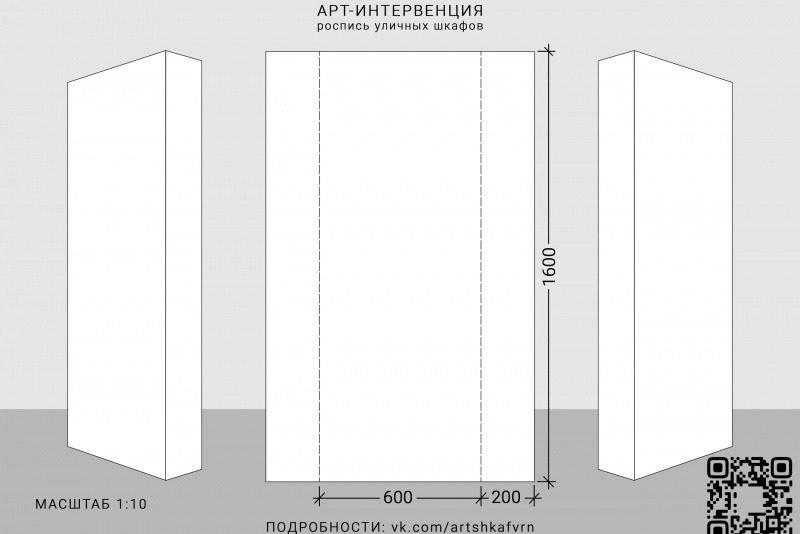 son is able to implement it, we will provide all the conditions: give the materials, clean and prepare the surface. The artist and the name of the project will surely be mentioned on the cabinets. I hope the city responds, – Denis Yevgrafov believes.