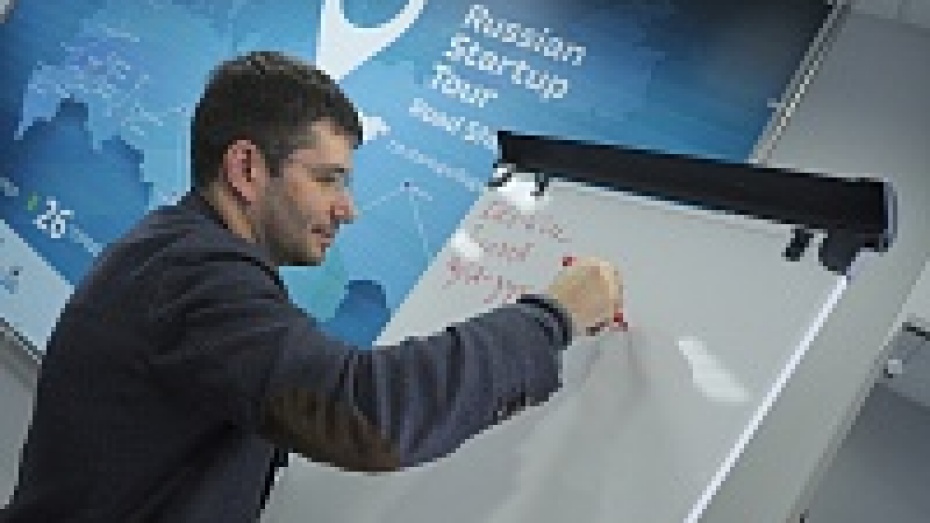 Roadshow Russian Start Up Tour has reached the capital of the Chernozem Region.

The next stage of Russian Startup Tour - a large-scale project of  “Skolkovo”, RVC, Rosmolodezh, and Rusnano has ended in Voronezh. The capital of the Chernozem Region was the fifth point on the roadshow map: the leading Russian experts in the field of technological entrepreneurship and venture investment must go round 26 cities to meet with young entrepreneurs and to discuss their innovative projects during three months.

RIA “Voronezh” is an information partner of the event.

The Voronezh stage was opened by the Region’s Deputy Prime Minister Alexey Besprozvannykh.

- It is a very significant event for the Voronezh Region, which is among the five fastest growing regions of the country. Russian Startup Tour is not just a place to discuss innovation, but also a practical platform for implementation of ideas, sharing of experiences,
Alexey Besprozvannykh, the Deputy Prime Minister of the Voronezh Region

During the day, young Voronezh entrepreneurs presented their projects to the reputed specialists, and they not only evaluated the potential, but also gave advice - how to modify the project, how to start production, and how to find an investor. The most attractive projects were promised financial support and assistance in the development of new high-tech business.

In total 16 Voronezh entrepreneurs participated in the event. They suggested various ideas: Alexander Baimurzaev talked about production of biodegradable garbage bags, Vladimir Bocharovsuggested investing in the production of augmented reality glasses, Anatoly Kukushkin presented his new multitest to identify drugs, and Alexander Tsiganov presented magnetoplazmodynamic electric propulsion for far space exploration. According to Tsiganov, his invention is ahead of the U.S. developments, andenables to fly to Mars.

Yuriy Akinin figured out how to automate the dental implants installation process. He suggested producing surgical templates to help even an inexperienced doctor. Yuriy knows the problem firsthand - he had his four molarspulled out.

- Today, dentists have to drill a hole at random, and our development will allow doing it at the right angle. Actually, I came here not to receive a grant for my project. I need an expert evaluation, and understanding of whether this is a promising idea - he admitted.

Start-ups Advisor to the President of “Skolkovo” the author of Russian Startup Tour idea, Finn PekkaViljakainen opened his business in a village with a population of 250 people when he was only 13 years old. He left it at age 39, when Tieto branches were opened in 26 countries.

- Today, when all borders are erased, countries compete for talents. Therefore, it is important that gifted guys stayed home and could realize themselves. I really want parents in Russia to advise theirchildren not to dream about working for the Government, but about their own business. Young people should be able to bring their technologies to life. I believe that a big company can be born anywhere, not only in big cities. Itmight be born in Voronezh - said Viljakainen.