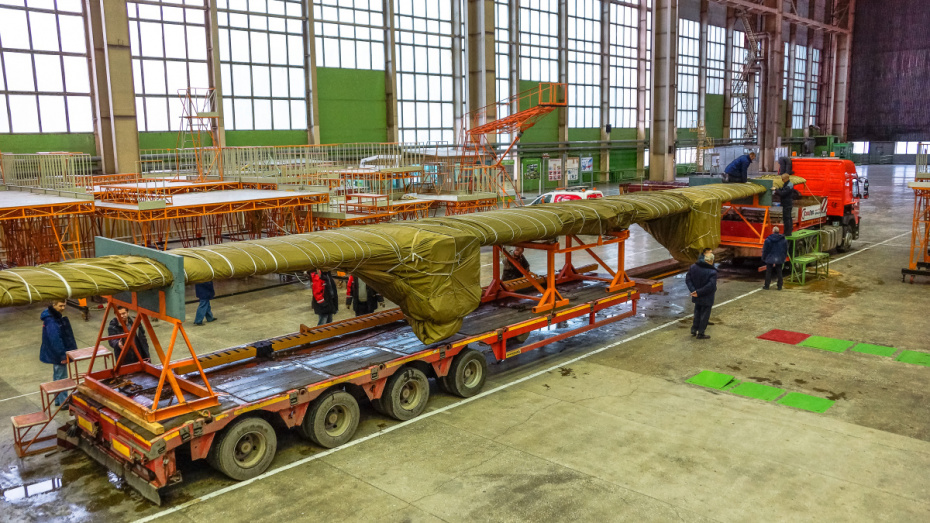 The aircraft wing sections were transferred to the Central Aero-Hydrodynamic Institute.

The elements of the second experimental Il-112V military transport aircraft were transferred for testing to the Central Aero-Hydrodynamic Institute in the city of Zhukovsky. This was reported by the VASO Press Service on Monday, December 17.

The aircraft wing sections will be delivered to the institute by road train. Before that, smaller parts of the aircraft were transferred, and next week, it is planned to send the second IL-112V fuselage. The first Il-112V military transport aircraft was transferred to the flight test center (FTC) of VASO at the end of November 2018. Specialists of PJSC “IL” must conduct a complex of aerodrome exercises of the aircraft. When the tests are over, a conclusion on the readiness of the Il-112B for the first flight will be made.

The Il-112V military transport aircraft is designed for transportation and air landing of up to 5 tons of light weapons and military equipment, cargo and personnel. The Il-112V should replace the An-26 aircrafts. VASO invested more than 1.3 billion rubles in the modernization of the workshops for the assembly of the Il-112B. The aircraft is created entirely from domestic components. In the future, VASO plans to produce up to 24 aircrafts a year. Serial production of the IL-112 in Voronezh starts after 2020.