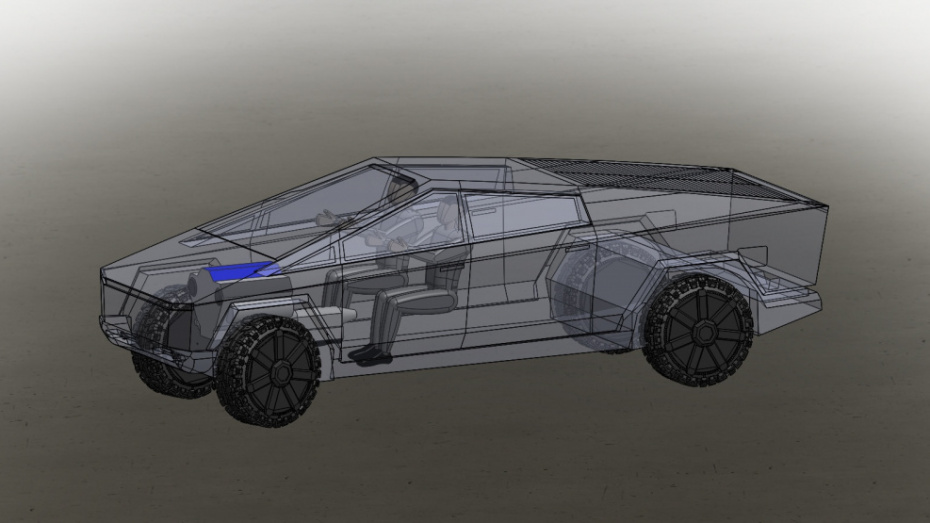 The electric car is expected to be created before the end of the summer 2020.

Valentin Petukhov, a blogger with a multimillion audience, hired self-taught engineer Stanislav Petrakeev from Voronezh for assembling a Tesla CyberTruck. The blogger announced this on his YouTube channel Wylsacom with 8.5 subscribers. The cost of the electric car is estimated at 2.5 million rubles.

“CyberTruck is a Tesla electric car with a futuristic design from a 1980s game scheduled to be released in 2021. Now everyone will start assembling their own CyberTruck - this idea is on the surface. I want us to be the first – that’s the whole point,” said Valentin Petukhov.

To create the Russian version of the Tesla CyberTruck electric car, Valentin Petukhov came to Voronezh to self-taught engineer Stanislav Petrakeev. The Voronezh resident has been making turnkey buggies for the last five years and is engaged in the construction of frames and equipment kits.

Valentin Petukhov proposed to build a car based on a pickup truck and replace the engine with an electric one. The blogger noted that the most difficult thing was to make the car look like a Tesla using the available pictures and video materials. Stanislav Petrakeev said that he didn’t need a pickup truck to build an electric car since it would result in a lot of extra parts, and the car could be assembled from scratch.

The creator of the Wylsacom channel announced that they would launch the project in 2020 and promised to report on progress. The Voronezh-made electric car is planned to be finished by the end of summer 2020.

“The work ahead is serious but not easy. I think it is possible to make the car move on its own before the end of the summer. There are many difficulties, but I think that we can handle it. Right now we are thinking on whether to build it from scratch or on the basis of a serial pickup truck,” Stanislav Petrakeev told the RIA Voronezh correspondent.

According to the Voronezh engineer, he hasn’t received any other offers to assemble a Tesla electric car yet.

The first electric cars appeared in Russia in 2013 in Barnaul. In September 2018, Tesla and Nissan began selling electric cars in Voronezh.