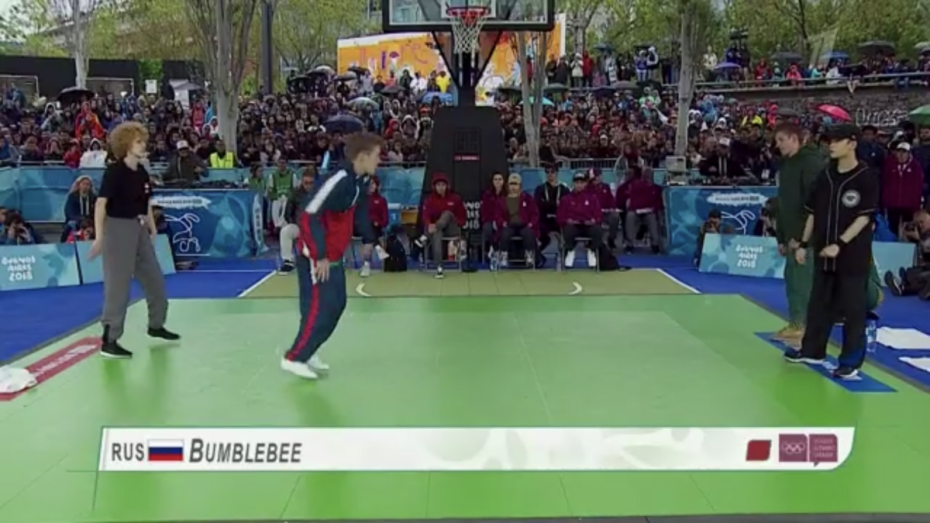 Sergei Chernyshov is in the third place in the mixed team doubles.

Voronezh dancer Sergei Chernyshov performing under the nickname Bumblebee won the bronze medal at the Third Summer Youth Olympic Games in the Dancesport category (breakdance) on Thursday, October 11. The athlete performed in Buenos Aires paired up with Austrian representative Ella. The duets were specifically made up of athletes from different countries.

This is the second medal of 18-year-old Chernyshov at the 2018 Olympics. Earlier he won the gold in individual competition becoming the first breakdance champion among men in the history of the Olympic Games.

In the semifinals, the Russian-Austrian pair competed against an Italian b-girl and an Argentinean b-boy. It was a close fight to the very last minutes. The rounds resulted in a tie. According to the rules, in this case, the athletes with the most votes from the judges get to proceed to the next round. The majority of votes was in favor of the Italian and the Argentinean.

In the battle for the third place, the Russian and the Austrian defeated the representatives of Italy and the Netherlands in a persistent struggle.

The 2018 Third Summer Youth Olympic Games are being held in the capital of Argentina from October 6 to 18. It involves athletes from 14 to 18 years of age. Breakdance was first included in the competitive programme of the Youth Olympics in 2018.