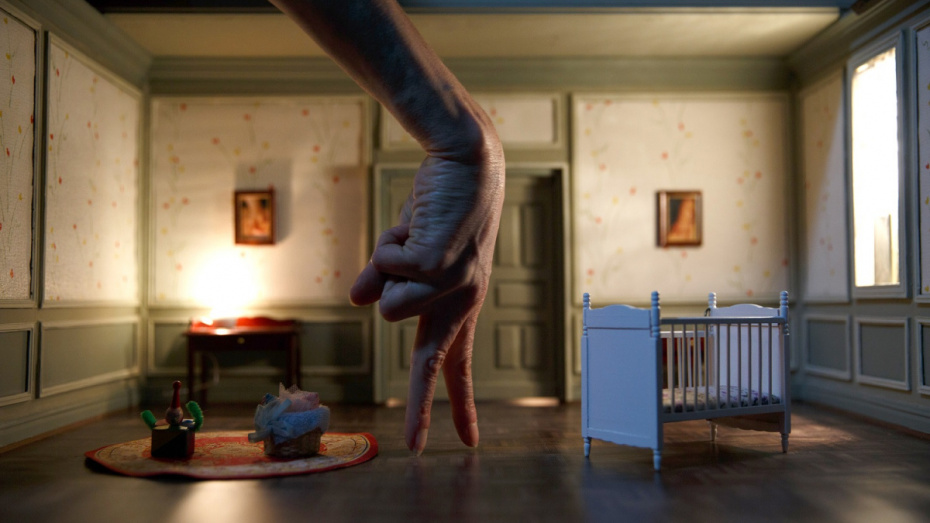 The production was shown at the Platonov Festival.

The play Cold Blood by Belgian theater and film director Jaco van Dormael and the Kiss&Cry Collective was shown in Voronezh on June 6 and 7. The show at the Platonov Festival became its premiere in Russia.

Director Jaco can Dormael invented and staged Cold Blood together with his wife, choreographer Michèle-Anne De Mey. The production combines two main lines of work of its creators - cinema and choreography. The main characters of the play, however, were not dancers, but only their hands. 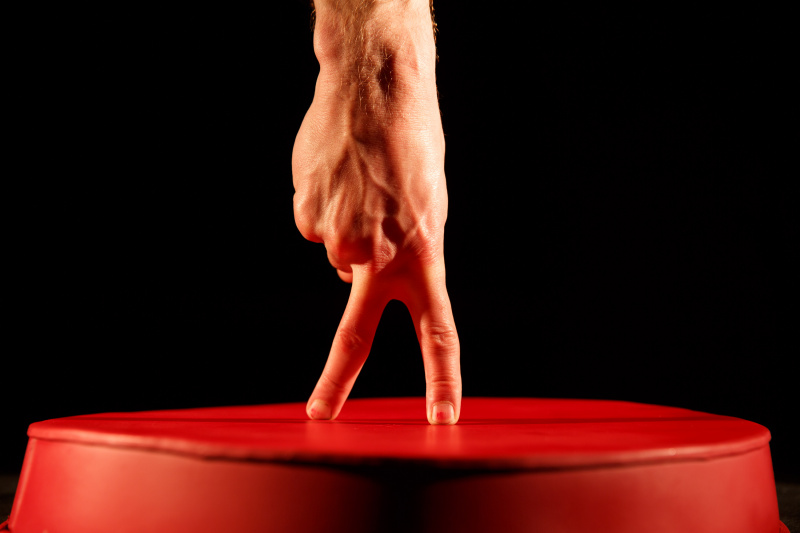 – Dancing with your fingers is a very specific thing. After all, there are only three phalanges in a finger, and we can work only with them. And yet we are trying to show ballet, waltz, and tap dance so that it really looks like dancing. Using a hand, we create a character. Fingers are his legs, and the hand is his body. If there was no camera, everything would look different. It is the focus of the lens on our hands that gives the effect of the vividness of the hands, they become conductors of the feelings and emotions of the characters, – actor Gregory Grosjean told.

The performance is based on the text of Belgian writer Thomas Gunzig, written specifically for the show. He combined several dark-humor-filled and surrealistic stories about death. The characters of the play died in a plane crash, during a snowstorm, or from food allergies, and the ironic text seemed to be intended to save the audience from the fear of death, but at the same time remind them of its inevitability.

Six cameras on rails and tripods shot the hands of artists from different angles throughout the show, and what was happening on the stage was broadcast to the big screen above the stage. It was as though the viewer got on the set and could simultaneously watch the work of the film crew and watch the movie that it was shooting. 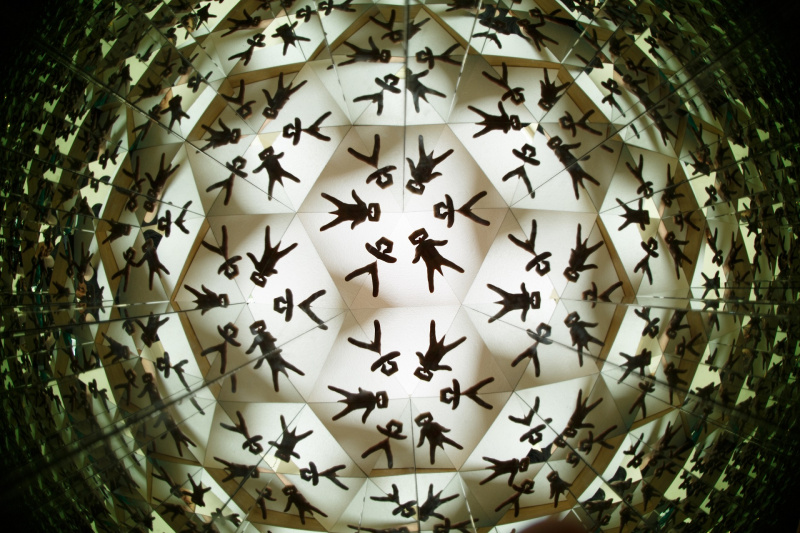 – The performance is a kind of ephemeral space. We have no finished picture, everything happens before your eyes. We make a unique performance every time, each time it is new. During the performance, we move around the stage with the dancers, and you see how cinema is born. In this performance, I kind of feel like a dancer too because I move along with the artists, so it results in a mixture of dance, theatre, and cinema in real time. This performance is more technical, but this technique helps the audience feel the entire range of emotions. We have six completely different cameras, one of them moves on special rails, the others are fixed on pallets. All the cameras are as flexible as possible, they allow us to move and shoot freely from different angles. We are trying to create the impression of watching a movie, – videographer Julien Lambert said. 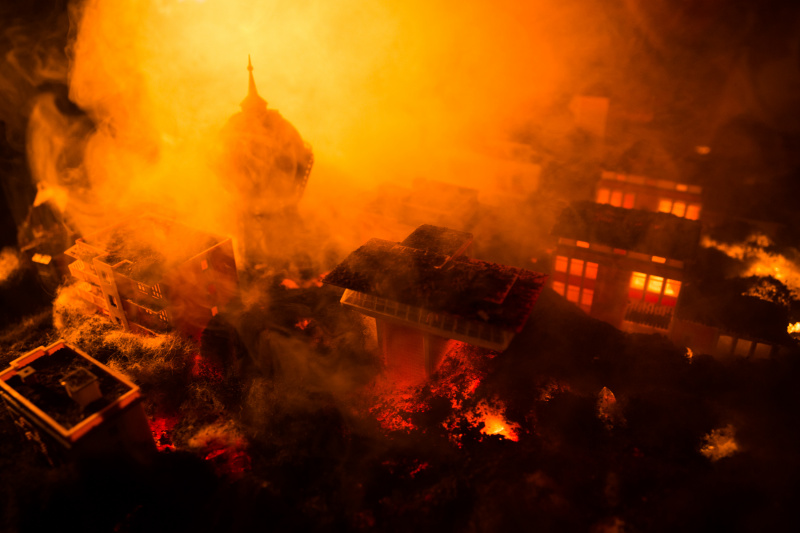 The performance really is very complicated technically – there is a team of ten people on the stage at the same time who have to work incredibly smoothly and precisely so that the image broadcasted to the screen is not interrupted and looks like a solid film. A few more people help out outside of the stage – these are broadcast directors who switch the video from different cameras.

– It is very important to us that the huge amount of equipment that we use is not visible to the audience, so all of it is hidden in the darkness of the stage in order to avoid distracting them from the story itself, – technical director of the Kiss&Cry Collective Tomas Dobrushkas said.

The scenery of the play consists of a huge number of very small objects - doll houses, toy furniture, city and cars models. But when the camera is aimed at all these small things, it looks like they are absolutely real and full-sized – except that instead of people there are hands the size of people walking around this scenery. 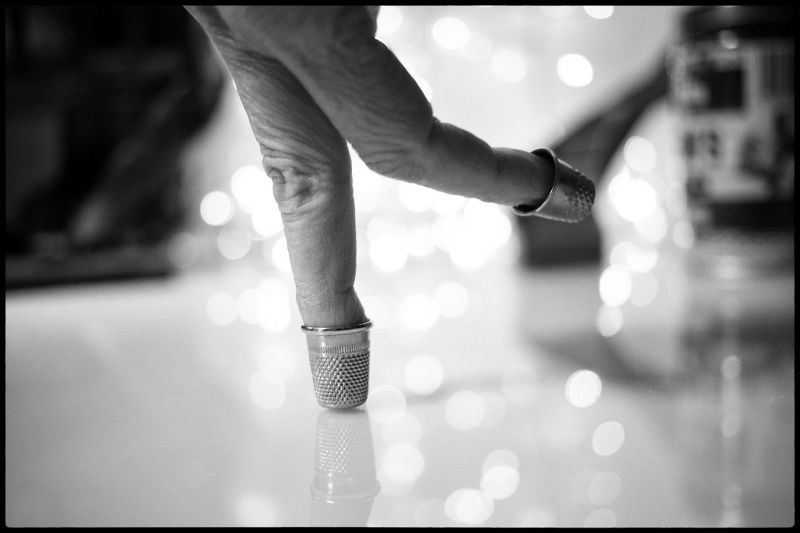 – Making the whole performance with just hands - it was a challenge for all of us. We do not have the capabilities of dancing with the whole body, but we still put in a lot of movement, we move not only the arm, but the whole body, in order to give the arm more action. Of course, it’s all a matter of technique, we try to put feelings and meanings into the movements of the fingers. It’s amazing to me that you can capture emotions with your hands and fingers, but in reality, if you try to put your hand in front of the mirror and move it, you will see that there are some emotions in this movement, – actress Frock Marlene noted.

The Cold Blood production was first demonstrated in 2018 at the Edinburgh Festival - the main world show of the modern theater, where it became a sensation. The performance at the PlatonovFest became the production’s premiere in Russia. The performance was already the second work of Jaco van Dormael in the theater. The Belgian director became famous as the creator of films Mr. Nobody, Toto le héros (Toto the Hero), and Le tout nouveau testament (The Newest Testament).