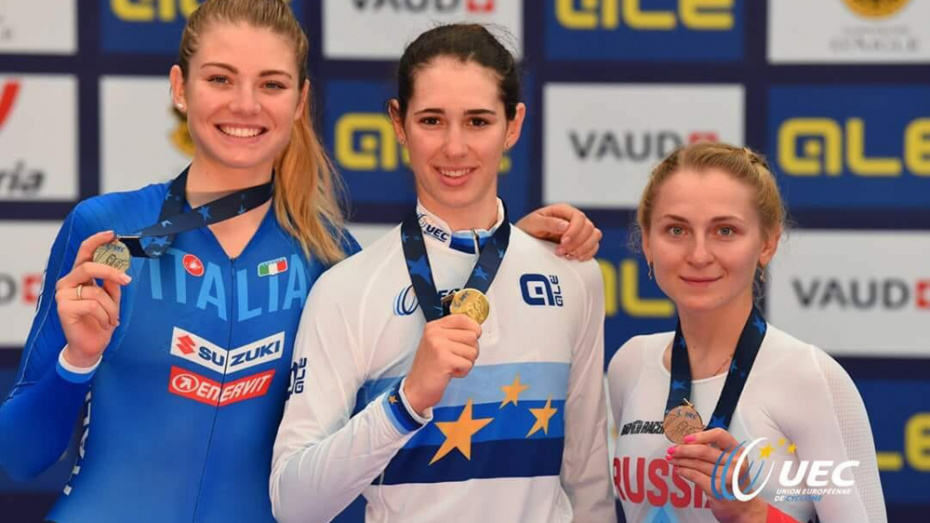 The race was held in the Swiss town of Aigle.

Trainee of the Voronezh Junior Sports School №8 Natalia Studenikina took the bronze at the Junior and Under 23 Track European Championship in Aigle, Switzerland. She took part in a 3000-meter individual pursuit race, the Press Service of the Voronezh City Hall reported. The championship will continue until August 26.

In the qualification round, Natalia Studenikina lost to two Italian athletes, Marta Cavalli and Martina Alzini. During the first kilometer of the race, the athlete was in the fourth position. And on the second kilometer, she made her way to the first place but didn’t manage to hold on to it. The cyclist competed for the bronze with German athlete Laura Süßemilch and won by 4.5 seconds.