‘I can embrace everything later.’ Resident of Voronezh Region has painted over 100 icons 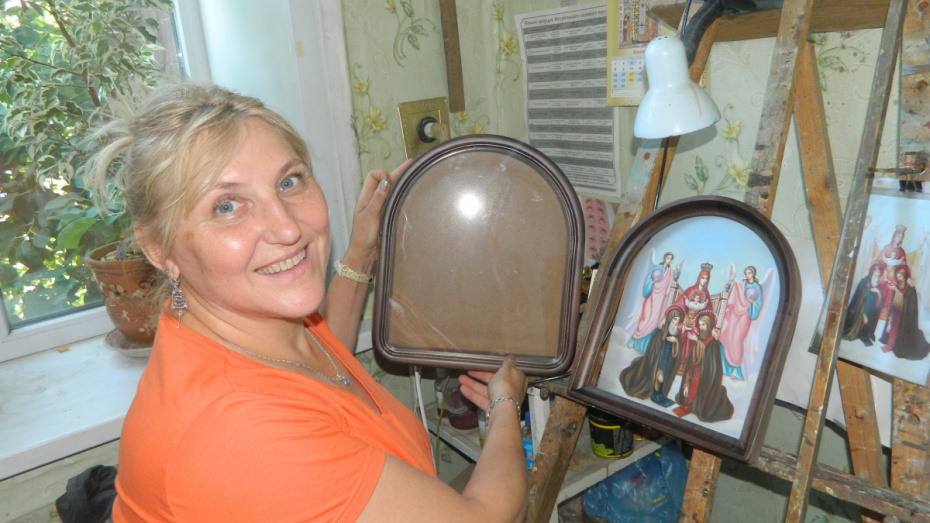 Elvira Anufrienko's works can be found in churches of different regions.

The icons painted by the 54-year-old resident of Ostrogozhsk Elvira Anufrienko can be seen in churches not only in Voronezh but also in Belgorod and Kursk regions. The woman claims that she has created over 100 measured icons (icons of the patron saint the size of a newborn) alone. Elvira Vasilyevna told RIA Voronezh about her unusual occupation, the secrets of her craft, and how her hometown inspired her. 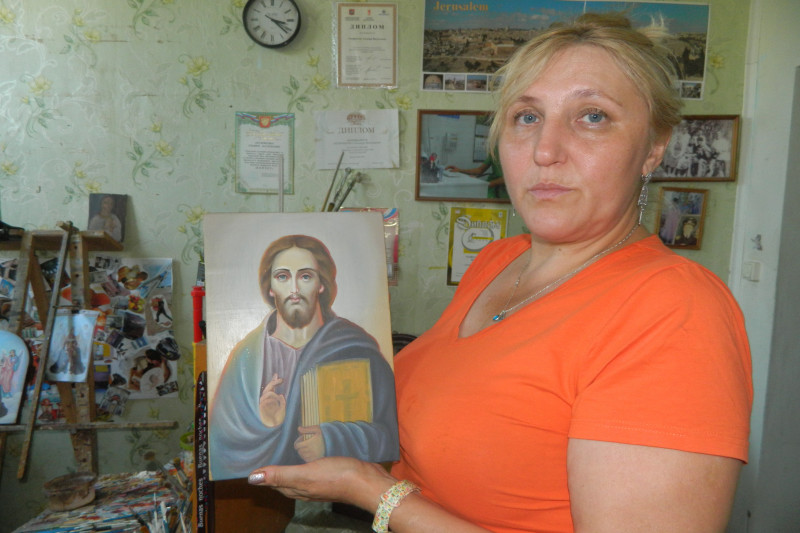 ‘Those were icons of Sergius of Radonezh, Tikhon of Zadonsk, Saint Panteleimon. I decorated the vaults of the temple of the Archangel Michael in Peski with patterns,’ the woman recalled.

In the village of Prishib, Kalacheevsky District, in the church of St. Panteleimon, she painted the altar and the dome and painted a number of icons. She created several icons for the museum in Divnogoriye. Also, Elvira Anufrienko completely painted the vaults of the Church of St. George the Victorious in Voronezh, carried out the painting and restoration of old icons in the Church of the Apostle John in the Filkino khutor in the Belgorod Region. Her works are also in the temple of the Kazan Mother of God in the village of Zuevka of the Kursk Region.

‘It's hard to say how many icons I've painted. I guess I can appreciate and embrace everything later. Of course, painting the vaults of churches is a difficult job that requires both mental and physical strength,’ Elvira Vasilievna shared.

Already while studying at the art school of the city of Alexandrov, Vladimir Region, Elvira took up the restoration of icons, painted the first images, began studying various techniques. Then she got married and worked at a plant in Balakirevo as a graphic designer.

But she was still drawn to Ostrogozhsk in the energetic force of which (especially for creative people) Elvira Anufrienko believes:

‘Ivan Kramskoy was born here, Samuil Marshak, Gabriel Troepolsky, and many others had studied and worked. In our family, the information about what our city had once been was passed on from generation to generation. It really was the center of trade people came to from large cities. Lenin Street, formerly Kharkovskaya Street, intersected with Karl Marx Street, formerly Voronezhskaya Street. And people came to this intersection from everywhere to exchange goods and information.’

In addition to returning to her hometown, Elvira Anufrienko returned to her youth hobby. After working as a designer, she led hobby groups as part of the additional education of children and then, finally, resumed her work in icon painting. Now it has become her main work.

‘My style is closer to the Athos one. In canonical painting, the images are more restrained, and in the one I adhere to there is more warmth. It's hard to describe it in words. An icon is designed to create a mood, I always remember that. I became a believer on my own after reading the Bible. I was baptized at the age of 19.’ 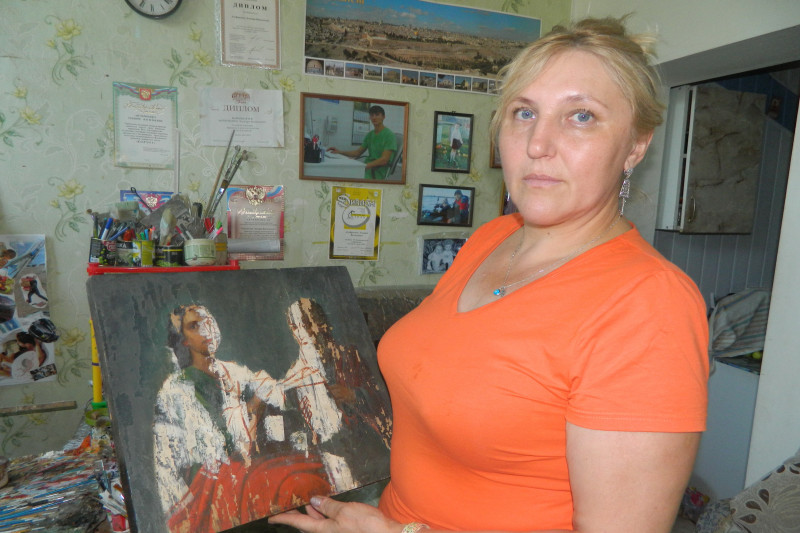 Once Elvira Vasilievna met a woman from Voronezh. The woman asked her to paint an icon of the Vladimir Mother of God.

‘It was a small icon. When I had already covered it with varnish, a clear, very bright scent of flowers suddenly spread throughout the workshop. It was an indescribable feeling. After all, varnish smells quite specifically and usually drowns out all other smells, but suddenly there it was – the smell of flowers,’ Elvira noted.

That resident of Voronezh later told the artist that a number of happy fateful events had taken place in her life. Elvira believes that the icon helped make this happen. 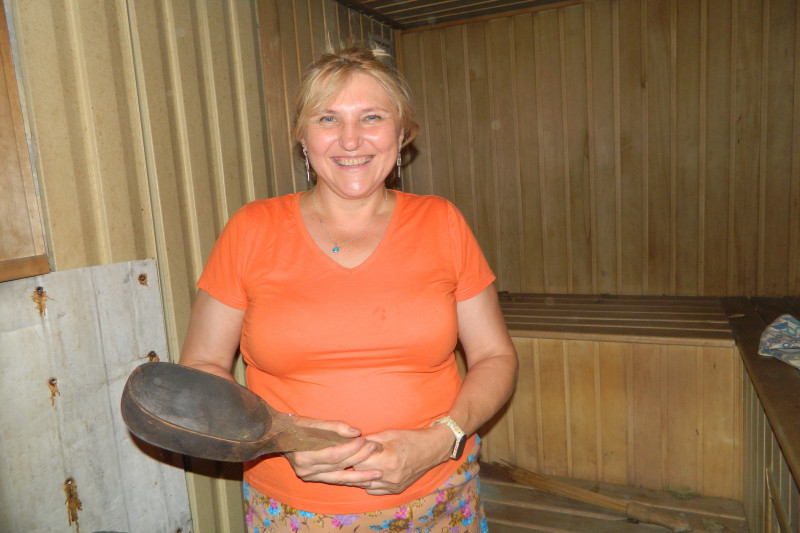 Elvira Vasilievna successfully combines her hobby with household chores. She herself has raised two sons.

‘I had to learn to do everything, often did male work, delved into all of it. I made repairs in the workshop, arranged everything. I have only one and a half hundred square meters of land, but I arranged everything so that there are tomatoes, zucchini, cucumbers, and greens. I use every centimeter. There is even an apple tree growing,’ Elvira Anufrienko boasted. 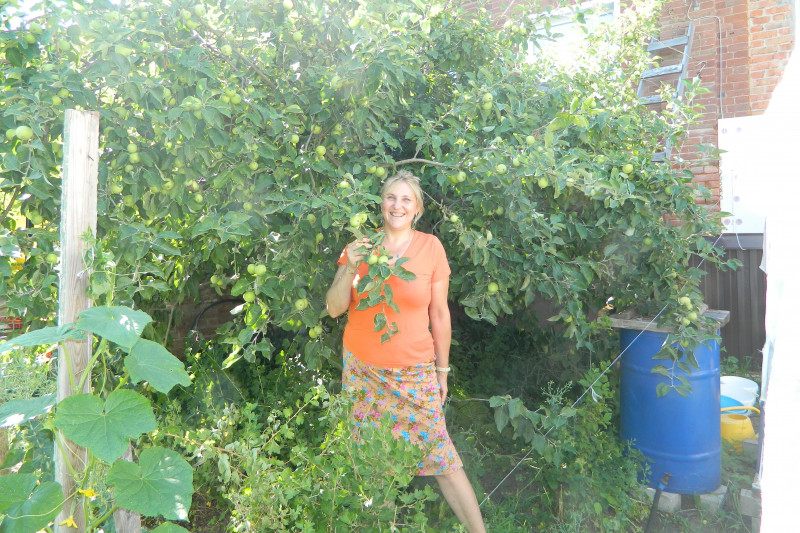 From a small old building on the site, Elvira Vasilievna herself built a sauna.

‘I love herbal teas very much, I make herb mixes - it's nice to take a steam with tea in winter. Before my work, it is very important to come to a blissful, peaceful state and good humor. A bath with tea contributes to this very much,’ the artist states.

Also, Elvira is very fond of everything that remains from the Soviet era and is willingly engaged in the restoration of objects of that time. 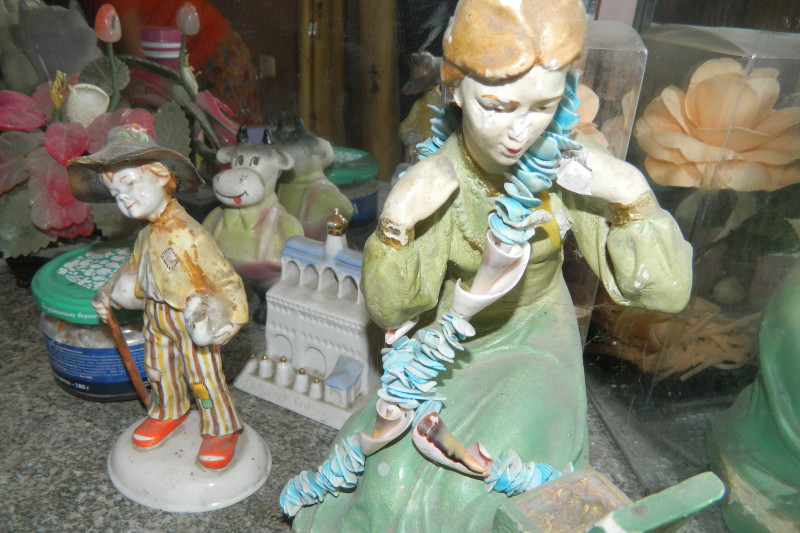 ‘I come from the USSR, so I keep old toys and figurines. For example, a plaster sculpture and a porcelain boy are awaiting restoration. In general, I love this kind of work. I also like to restore old icons. Recently, they brought me a board on which almost nothing was visible. It is joyful when I begin to gradually draw everything up, to bring it back from oblivion,’ the woman shared.