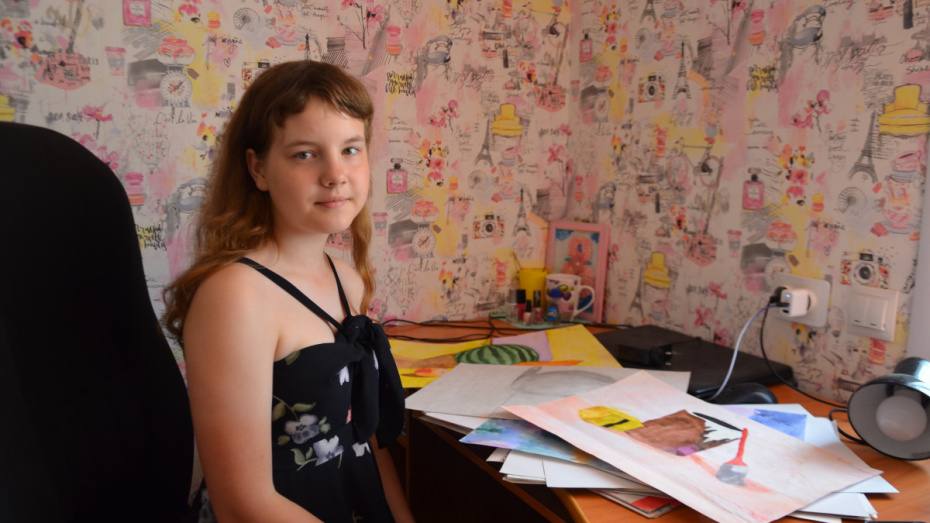 The schoolgirl is accepting congratulations and gifts.

A girl named Rossiya (Russia) lives in Pavlovsky District. RIA Voronezh wrote about her when she was eight. Rosya is now 11 years old and she has long been accustomed to the attention of journalists. Russia Day in her family is celebrated as a family holiday: relatives and friends congratulate the schoolgirl, give her gifts.

The country's grown namesake spoke about her attitude to the unusual name and the public holiday, and her family - about the girl’s character and her plans for the future. 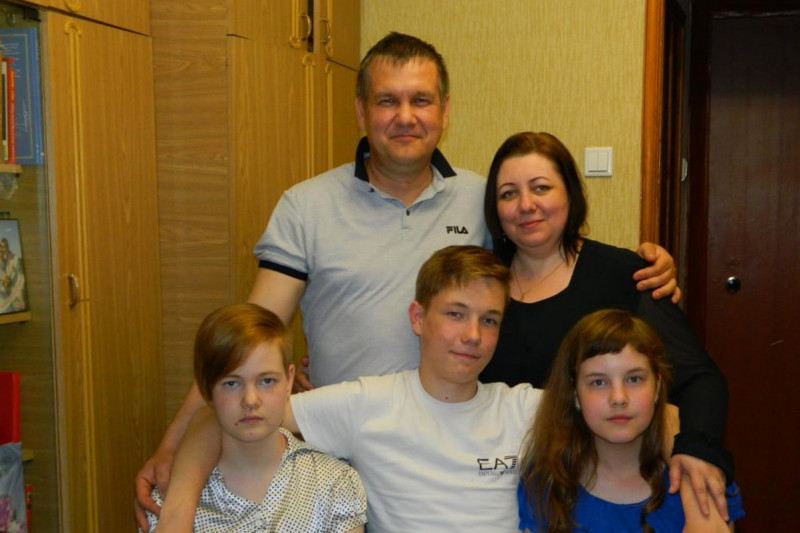 Rossiya Kitsenko was born on January 10, 2009. Her mother Marina, a lawyer by training, works as a mechanic in the Pavlovsky Mining and Processing Plant, drives a car, and studies English in the evening. Her father Vladimir worked as a forwarding driver for a long time, now he is engaged in logistics at a local enterprise.

Rosya became the third child: the girl has a 12-year-old sister Ira (short for Irina) and a 14-year-old brother Vova (short for Vladimir). 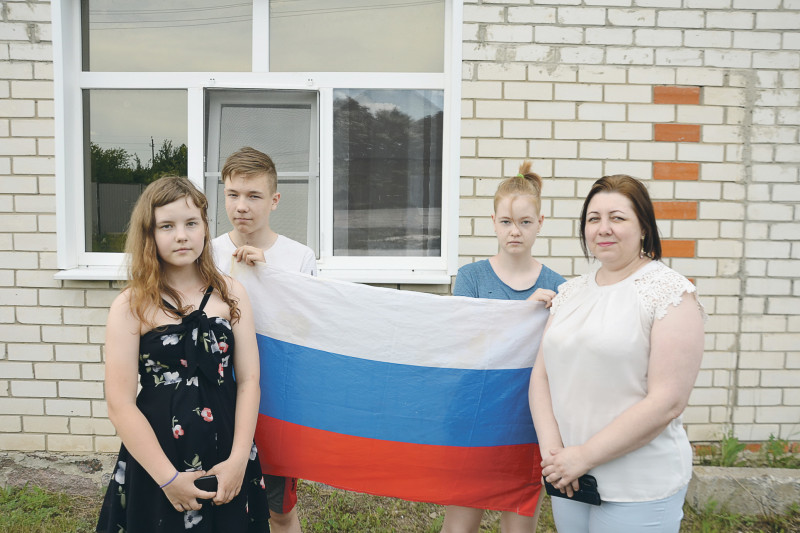 “Each of the children has their own character, everyone is completely different,” Marina Kitsenko shared. “The sisters sometimes quarrel but Rosya’s character is more agreeable and she often takes the first step towards reconciliation. The son is responsible, you can always rely on him. Ira wants to become a designer, Vova - a mechanic, like me, and Rosya - a doctor.”

The father picked the name of the youngest daughter when he searched for rare Orthodox names on the Internet. This choice became a complete surprise for his wife.

“We called the daughter Yulia already in the hospital,” Marina recalled. “Even the children got used to this name. But when they were going to the registry office with the whole family, the husband said, as if very casually: "Let's go pick up Rossiya." I did not pay attention to these words at that point.” It was only when Marina was sitting in the corridor of the registry office that she realized what her husband had meant. When registering a birth certificate, the woman was asked for permission to give the name. Why go through such difficulties if they did without them with the older children? After re-reading the application form twice, she saw: the place of birth - Pavlovsk, Voronezh Region, Russia, and a little above - the name: Kitsenko Rossiya Vladimirovna. 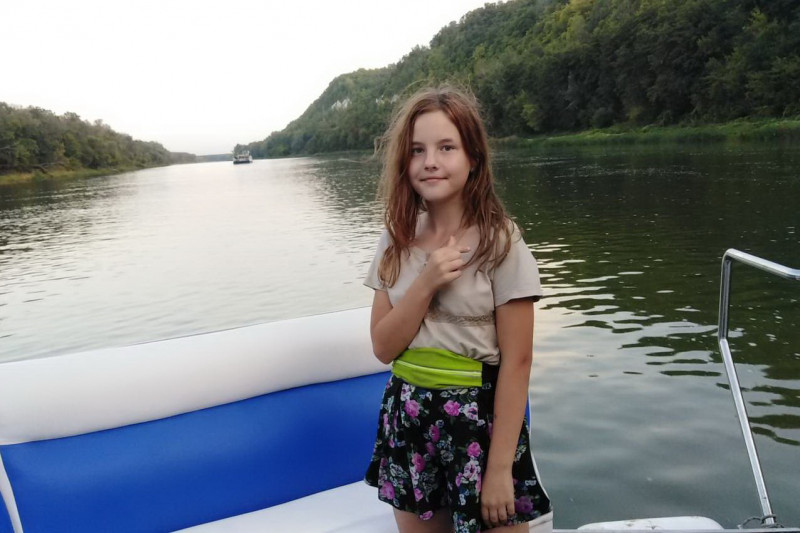 Marina did not argue with her husband. She noted: if we raise a bad person, no name will help.

When the parents returned home, they no longer doubted that they had made the right choice. They hope that she will become as strong as the country. The girl was born with a cord entwined around her neck, which is why she had not breathed in the first minute of her life. Pavel Pilipenko, the doctor of the Pavlovsk Regional Hospital, who delivered the baby birth, saved Rosya. The Kitsenko family always remembers him with gratitude.

Older children have less intricate names. Ira and Vova were born in Kalach - the maternity ward in Pavlovsk was then closed for repairs. Marina named her son herself, and for the eldest daughter, who was born on March 8, the couple picked the name together.

“Later, when Rossiya was born, our friends joked that Vova, the oldest one, will only be called Vladimir Vladimirovich,” Marina said with a smile. “In fact, everything is simple: the son was named in honor of the husband, there was no hidden intent in it.” 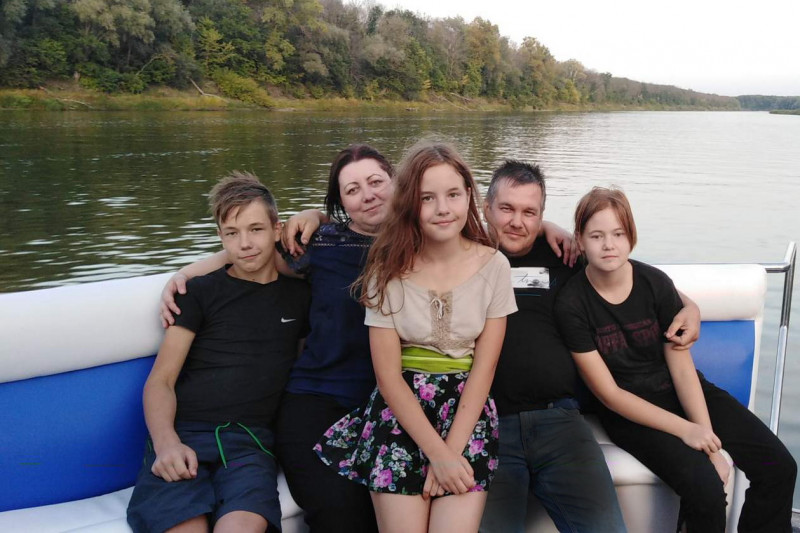 The family adheres to patriotic views and believes that love for the homeland should be inculcated into children since their childhood.

“If you want to change something in your country, start with yourself,” says Rossiya’s father Vladimir Kitsenko. “For example, when Rossiya was born, I quit smoking and never returned to this bad habit.”

Rosya is proud of her name and notes that she became its first carrier in the Voronezh Region. In 2018, a girl also named Rossiya by her parents was born in Podgorensky District. She became the sixth child in the large Shishkin family.

The main relic of the Kitsenko family is the Russian tricolor on which the newborn Rossiya “posed” for the photographer 11 years ago. Pulling it out of the closet, the girl noted that June 12 was now a special holiday for her also because it was the birthday of her favorite teacher of Russian language and literature, Natalia Belenko.

House for a large family

Vladimir and Marina had their wedding in 2002 and lived for five years in a standard two-bedroom apartment on Cheryomushki in Pavlovsk. In 2007, they decided to exchange it with a surcharge and moved to the Pavlovsk village of Yelizavetovka. At first, they lived in a small temporary house. Later they completed the construction of a spacious house they had long dreamed of, and the five of us settled in it.

The total area of the house is over 120 "squares". Each family member has their own bedroom. Rossiya proudly showed the RIA Voronezh correspondent her room with dozens of her paintings stored. The girl draws well, she has finished the second grade of an art school. He also studies dancing at the Yelizavetovka House of Culture. 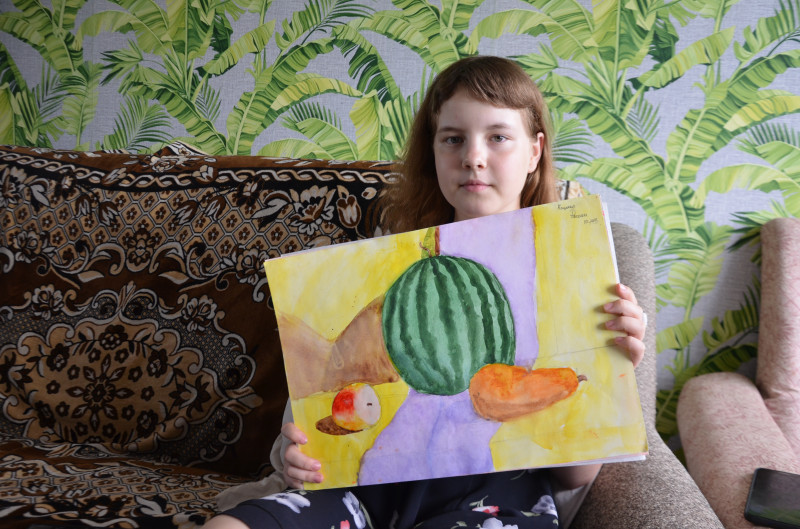 Rossiya has finished the fifth grade of the Yelizavetovka school. The children were transferred here because the school in the village is much closer to the house than the school in Pavlovsk. Ira entered the eighth grade, Vova - the ninth. The mother helped the children cope with all the difficulties of remote learning in 2020.

The children, in turn, help their parents with the housework while they are at work. The girls are responsible for cooking and Vova is involved in men's housework.

The spouses are building a garage and preparing a place for a bathhouse where they dream of placing a large frame pool. With the advent of summer, the family’s amount of work to do has increased. The second land lot bought by the Kitsenkos a little further down their street for the construction of a house is currently empty. Vova and his dad maintain order on the lot, mow the grass. To prevent the land from “downtime”, they installed pull-up bars (the neighbors come here to do sports too). Also, the Kitsenkos are planning to build a chicken coop and get hens.