25 thousand nautical miles in 25 years. How Voronezh pensioner sailed across seas on his yacht 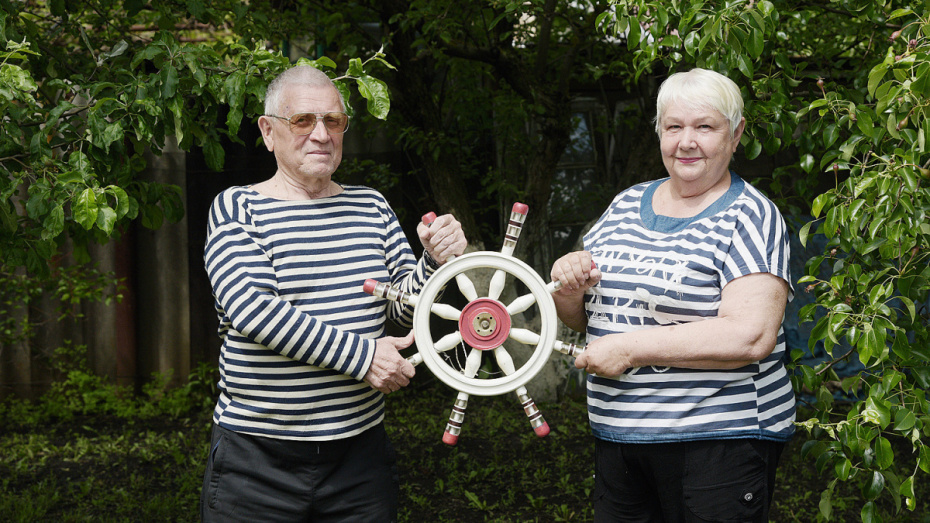 Oilman Yury Zhigalev became the captain of a sailing ship every year.

From 1980 to 2005, former 78-year-old oilman Yury Zhigalev, who is now living in Ramon, annually sailed his own yachts named Assol and Vedus along lakes Ladoga and Onega, the Volga and Don to the Sea of Azov, then to the Black Sea, and from there - through the Bosphorus and Dardanelles - to the Mediterranean Sea. To learn about the sea adventures of the man and his wife, read the RIA Voronezh story. 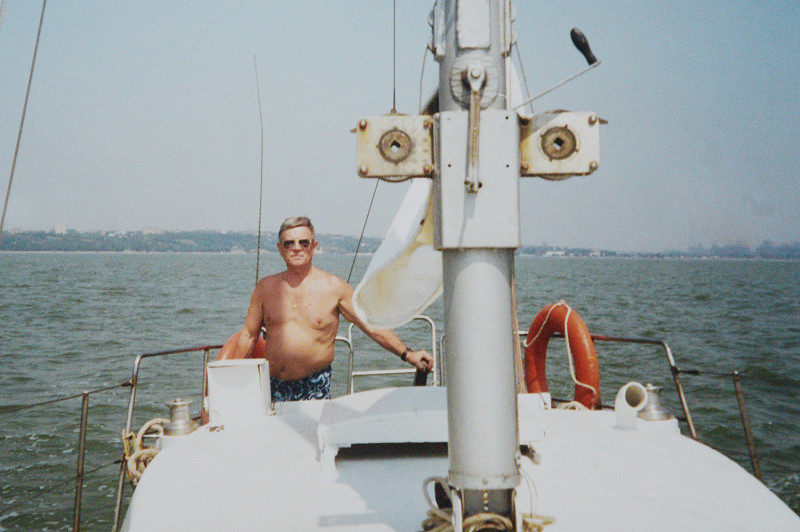 To catch the wind

“I dreamed about the sea since childhood,” - Yury Ivanovich recalled, “but fate turned out so that I did not become a sailor, especially since we lived in Nizhnevartovsk, which stands on the wide River Ob. This is a cold river, I tried to sail a little along it, but there was something still wrong about that. In 1980, in the then Leningrad, I bought my first yacht - Assol. I had a ton of plans: my wife and I wanted to go along the Volga, Don, and reach the Sea of ​​Azov. And the first step to this dream was to buy my own yacht. At that time, it cost 6 thousand rubles, much like a new Lada, I searched for it for a long time and chose a four-seater, six-meter long one weighing about 800 kg, with an outboard motor for maneuvering when mooring.”

In the first winter, Yury Zhigalev left the yacht for storage in Leningrad having decided to get there with the whole family and make a test voyage at the beginning of summer. He had the navigator documents. The following year, the family made their first sailing trip along the Neva and Svir rivers and along Ladoga and Onega lakes. 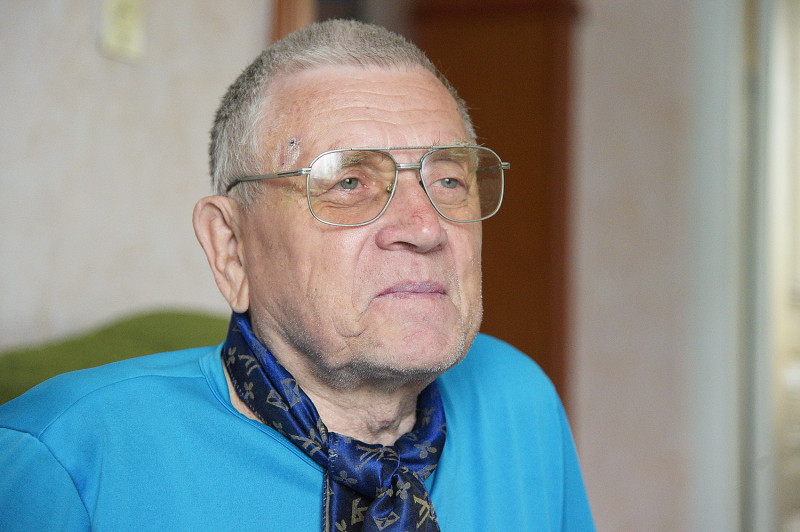 “Our oldest son, Yury, was then 12 years old, and the youngest, Ivan, was two and a half years old. My husband prepared the navigation charts that would guide us on the water,” recalled the navigator’s wife Inna Nikolaevna.

The most unpleasant thing for Inna Zhigaleva as the senior sailor of this small crew was the passage of locks on the Svir River:

“We went into the gateway and water poured from above to level the water level. At those moments, I just climbed into the small cabin and took the children with me.” 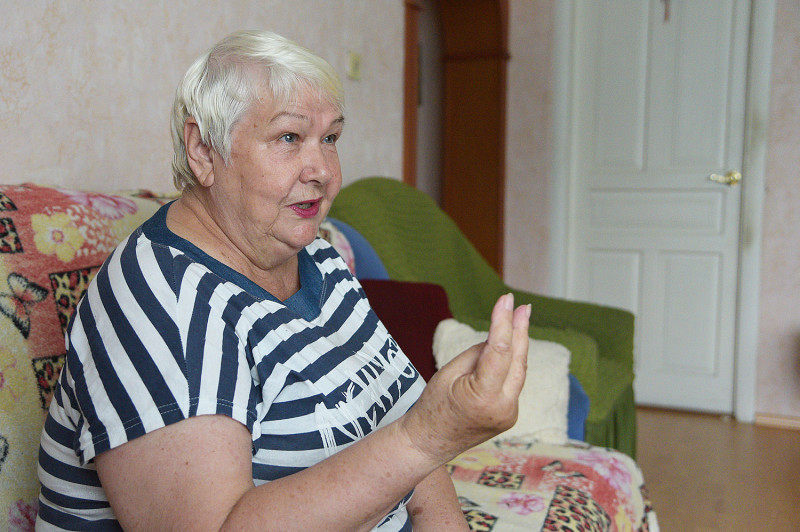 And once, due to an unexpected drop in water level, the Zhigalevs were waken up by the fact that the yacht that had been moored off the coast turned out to be on land, and they had to wait several hours for the water to come again - they could not move the 800-kilogram boat on their own.

“It was during the USSR times that in order to get through the gateway on our tiny yacht, it was enough to phone the dispatcher and inform him about it. Sometimes you had to give a small bribe in the form of a bottle of vodka, but now, as far as I know, the passage of one gateway officially costs about 1 thousand rubles. A shipowner can easily go bankrupt with such prices,” says Yury Ivanovich. “Once on Ladoga, we were in a storm, and although Assol could easily withstand wind force 5, it was scary at first. But the most important thing in this is to correctly catch the wind so that the yacht does not lie on its side and does not scoop up water.” 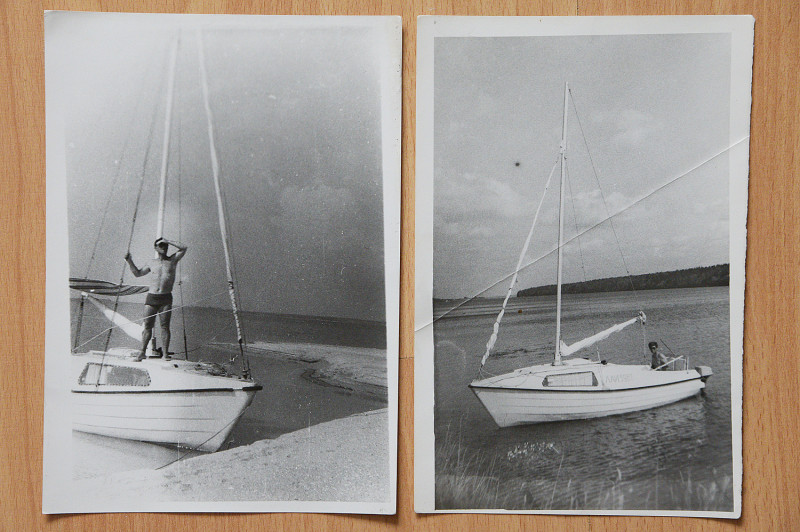 In the following years, the Zhigalevs took Assol through the Volga-Baltic Canal to the Volga and reached Cheboksary through Nizhny Novgorod.

“We were not sailing fast, we traveled 70–90 km a day,” noted Yury Zhigalev. “At night, we would moor to the shore; if we needed to replenish the food stocks, we went to the store. The only bad thing was that it was a problem to leave a boat on the Volga for the winter. At those times, yacht clubs did not provide such a service, we had to negotiate with local residents. Once we left the boat near Cheboksary with a rural resident whose garden was directly adjacent to the Volga. I hired a crane, it drove up, picked up the yacht from the water, and laid it ashore about ten meters away from the river. Although the words of the hostess that her many nimble children could do something with our Assol during the winter had me nervous. But it was alright, the boat wintered safely on the banks of the Volga, from where we began our journey to the Don the next year in order to reach the Sea of ​​Azov through the Volga-Don Canal.” 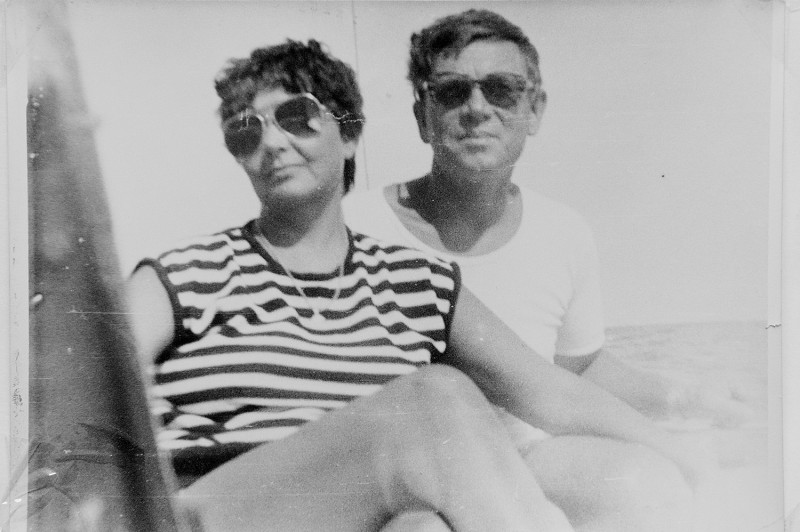 Assol had sailed along the coast of the Sea of Azov for several years until Yury decided to buy a more powerful ship - it became too easy for him to sail along the coast, he was attracted by the open sea. In 1986, in the Ukrainian city of Mariupol, he saw the nine-meter-long Vedus weighing almost 4 tons with a 40-horsepower diesel engine. In order to turn the boat into a yacht, he ordered an 11-meter-tall mast with two sails in Rostov-on-Don. That’s how the new ship was born. 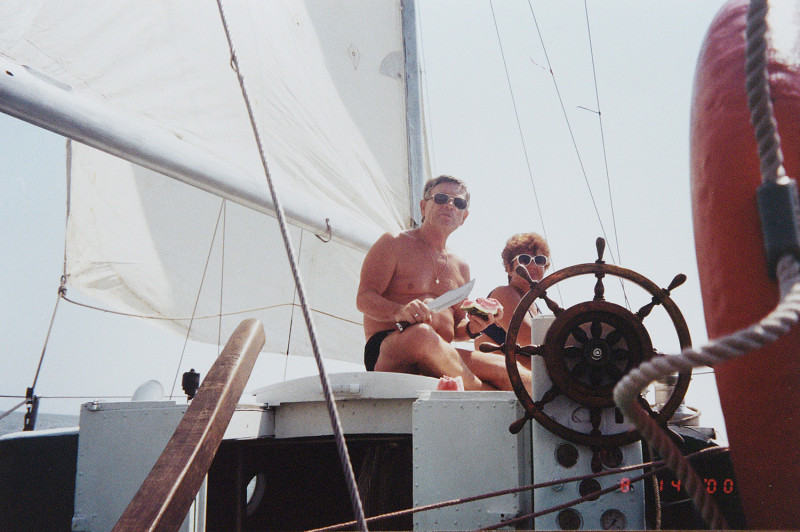 “It was no longer scary to go into the open sea on such a yacht,” Yury Zhigalev noted. “Moreover, the shores of the Sea of Azov were well known to me. Together with my eldest son, who was 18 at that time, we crossed the Black Sea and took off for Turkey. The Black Sea storms are not dangerous in the summer, so we decided to go straight ahead. Our border control turned out to be stricter than the Turkish one. The procedure is standard: an inspection of the boat, the verification of documents - and you’re free to go. We had a simple radio station with a range of several kilometers - just in case. We crossed the Black Sea in five days, I and my son took shifts every four hours. Of course, at night it was uneasy - you never know, the yacht can suddenly heel over and one of us can fall overboard... We got to Ayvalik, a Turkish city on the coast of the Aegean Sea. In total, we covered about 1000 km in 20 days that year.” 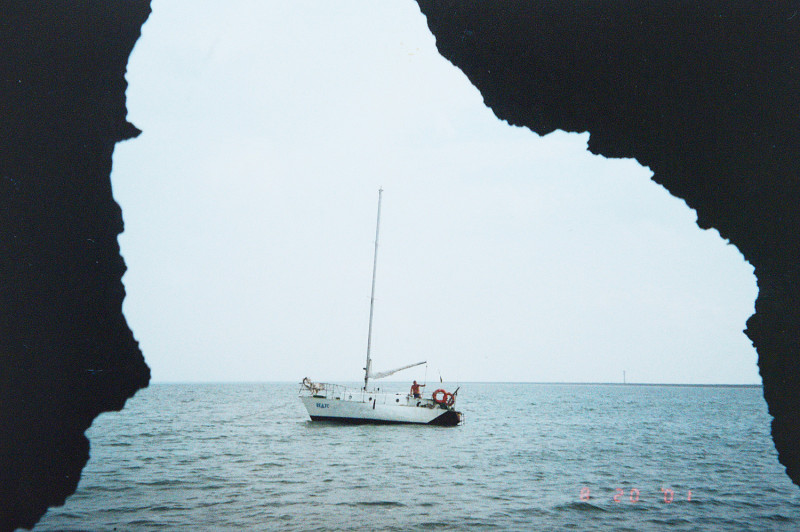 According to Zhigalev, a lot of small yachts sailed on a parallel course along the Black Sea at that time:

“We often stopped near tiny islets for swimming, sunbathing, fishing. In Turkey, every yacht club is suitable for storing ships. In that 1987, Ivan and I decided not to return to Mariupol the same way but instead to leave Vedus for winter storage in one of the yacht clubs, return home by plane, fly to Turkey next summer and make sail back on the yacht. We paid $ 400 for the storage and minor repairs of our yacht and, tanned, returned to our unkind Siberia.” 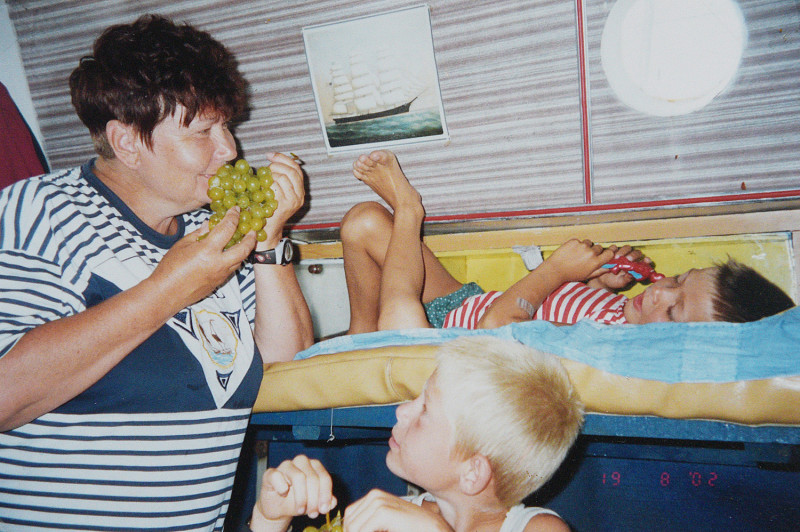 There have been no extreme situations during their sailing voyages. One time, during mooring in one of the ports of Crimea, the tiny Zhigalev’s yacht sailed around an enormous lighted bulk carrier for quite some time having strayed a bit from the way of entering the port.

“At that moment we shouted with our heads up “How do we enter the port?” until one of the team members pointed his hand to somewhere in the darkness saying “There!”,” - remembered Inna Zhigaleva. “All in all, that was a golden time. We would sail along the Sea of Azov, my husband would tie me to the yacht with a rope and she would pull me along while I lay on the water... When it rained, my husband would traditionally give me a command as to the senior sailor: “A pint of rum!” And I would bring him 100 g of vodka to the bridge for warming up... People probably haven’t come up with a better recreation type than at sea!” 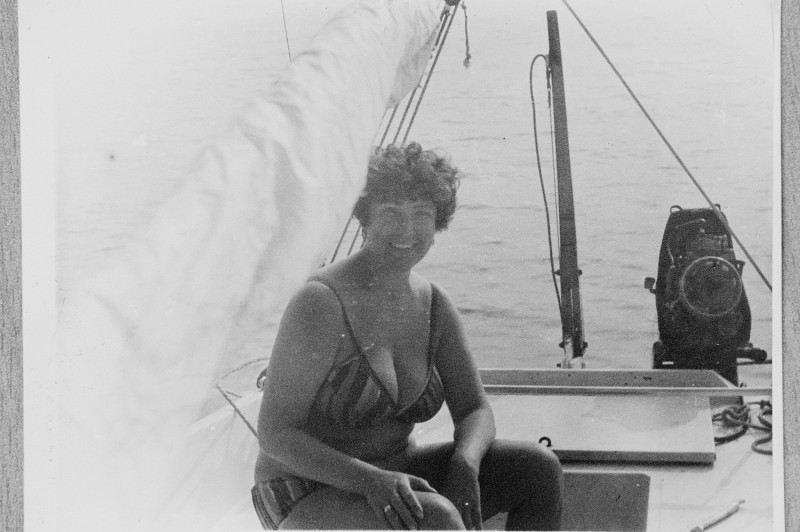 Yury Zhigalev gave up on yachts and sails when his sons grew up and no longer accompanied him when traveling - it was difficult for a pensioner to manage the sails and other ship's gear alone. In 2006, he sold the Vedus.

“Over the 25 years that we traveled around the seas, we have covered about 25 thousand nautical miles,” Yury Zhigalev calculated. “But now, even if we had the strength, such sailing would be prohibitively expensive for us.” 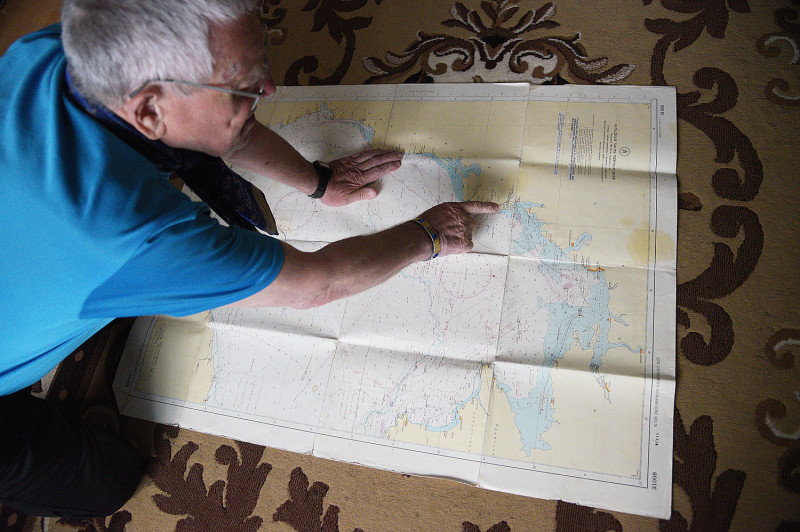 The Zhigalev family moved from Nizhnevartovsk in 2007, when Yury Ivanovich and his wife Inna Nikolaevna, who worked as a water quality engineer, had retired. They looked for a place in the center of Russia to leave the North for a long time and ended up in Ramon.

The local river cannot be compared with the huge Ob the Zhigalevs are accustomed to - admittedly, Yury Zhigalev has already grown quite alienated to moving on the water anyway. But the Vedus helm is still hanging in the pensioners’ house. 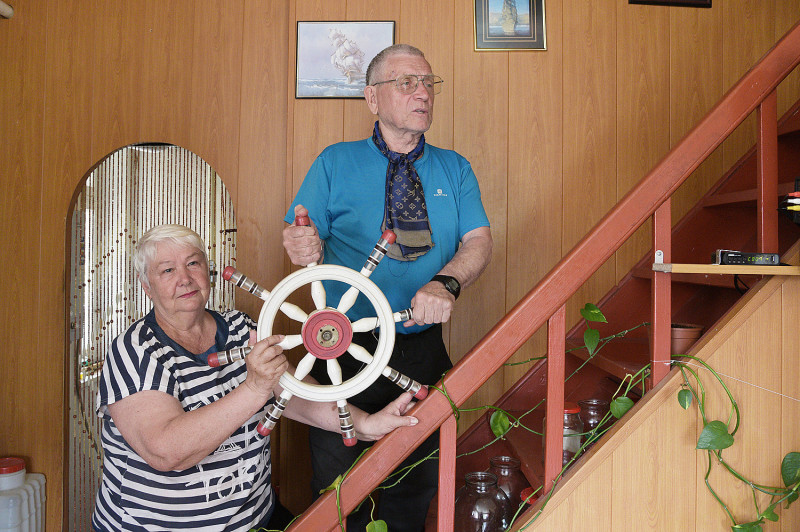