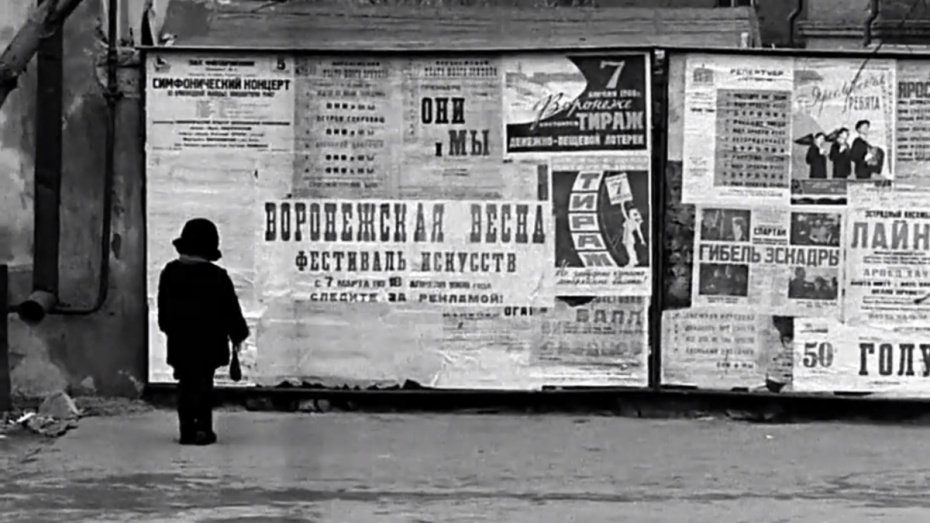 The videos will be demonstrated within a month.

Unique historical videos of Voronezh in the 1960s-1980s have appeared on social networks. The footage of the city’s life, working days and holidays, which had never been published before, was demonstrated by Yevgeny Kirillov, the Assistant General Director for Public Relations of the Electrosignal Plant, on his webpage. He has found the forgotten films in the back rooms of the plant’s archive about a year ago, digitized and assembled them, and is planning to show over 70 mini-films by the end of August 2019. There are now six videos posted on Yevgeny Kirillov's YouTube channel; the first one was uploaded on Wednesday, July 17. 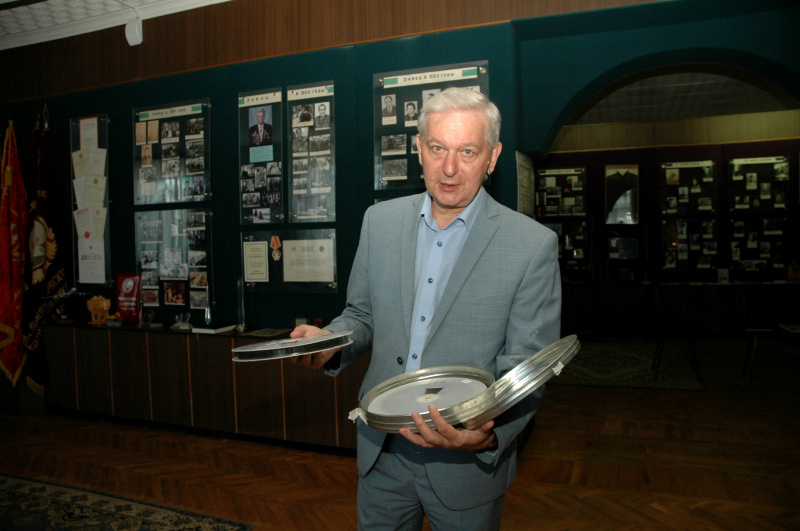 Yevgeny Kirillov came to Electrosignal as an assembly fitter in 1968 and became the youngest deputy director in the history of the plant at the age of 28. In 1986, he was invited to Moscow for the position of deputy chief of the board of directors of the Ministry of Communications Equipment Industry of the USSR. The ministry was abolished along with the collapse of the Soviet Union, and Kirillov switched to the Finance Department of the Federation Council, worked under Mironov and Matvienko for 17 years, up to his 65th birthday – the age limit of public officers. He was offered to stay, as an exception, until the age of 70, but Yevgeny Yakovlevich refused – he felt the urge to return home, to Voronezh. Here, Kirillov worked in the audit and control service of JSC “Concern “Sozvezdie” up to 2018. After that, he returned to where his journey had started – to the Electrosignal Plant.

– Well, how else could it be? Remember the song: "That plant’s front security gate that helped me come up in the world "? – Kirillov sings.

A year ago, Yevgeny Kirillov accidentally discovered a dusty film reel in the archive. He recalled that factory workers had regularly been filmed by amateur cameramen.

– I realized that I was the only one left who remembered every workshop, every corner of the plant; that there was no one else to tell the new generation of Voronezh citizens about what their predecessors were. I came to the archive workers and said: “Search,” – Yevgeny Kirillov went on. 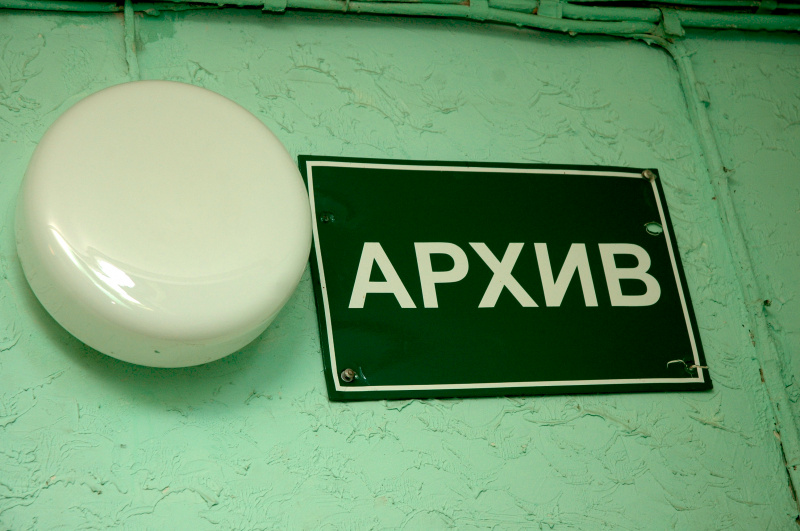 – The light bulb in that projector went after five minutes of work. I ordered another 20 just in case. I started to watch – and I was amazed at the unique material that had come into my hands, – Kirillov shared. 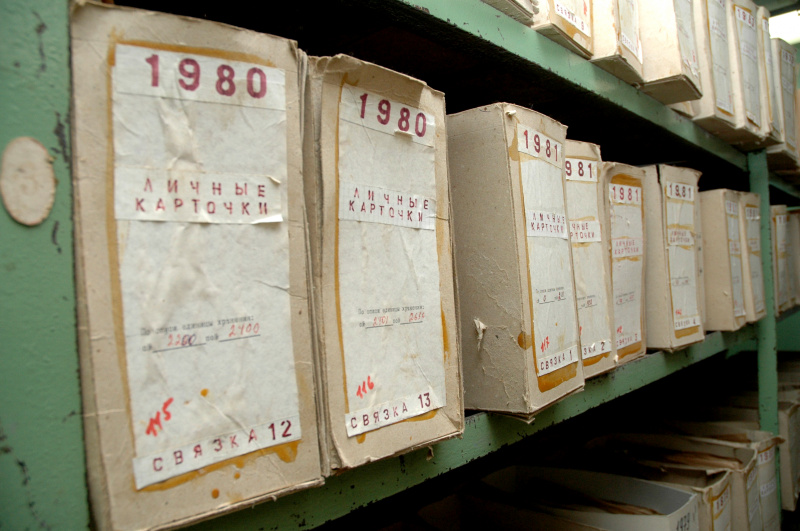 In Voronezh, there were no specialists in digitizing and operating damaged films. He had to go to Moscow. In the capital, Yevgeny Kirillov found an organization that worked with the archives of the Tretyakov Gallery. For six months, he traveled between the two cities and finally brought a real treasure to Voronezh – a never before published footage of the life of Voronezh citizens. 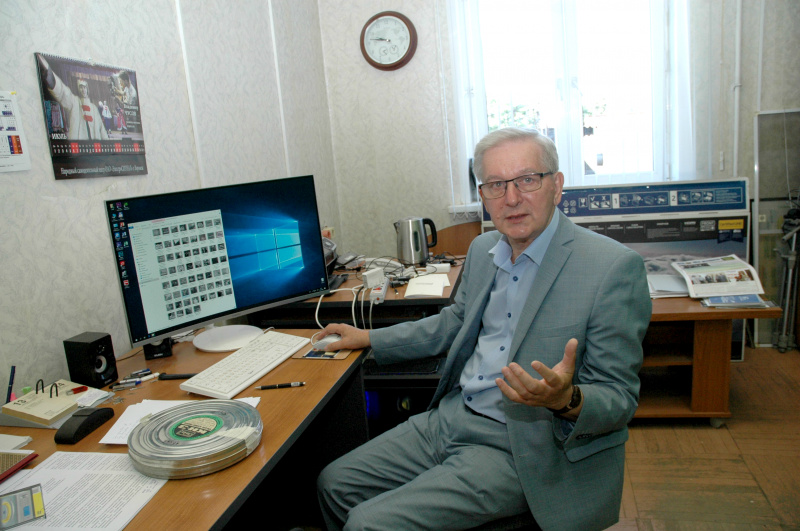 – I made 75 films from the retrieved material. The films were torn, scattered. But I’ve worked at Electrosignal for 18 years, I know every room, I remember many people. I’ve assembled separate episodes by events or locations. The most important thing in these videos is people, the faces. Even the fragments that I’ve shown have caused a lot of reviews. People started writing to me: this is my father, this is my grandfather, and this is me. The footage covers the period from 1966 to 1985. Many are no longer alive, only photographs of them are left. I found myself there as well, – Kirillov smiles.

Young, in a fashionable headdress, Yevgeny Kirillov is walking along Elektrosignalnaya Street to the front security gate. In another video, he is talking from the podium. 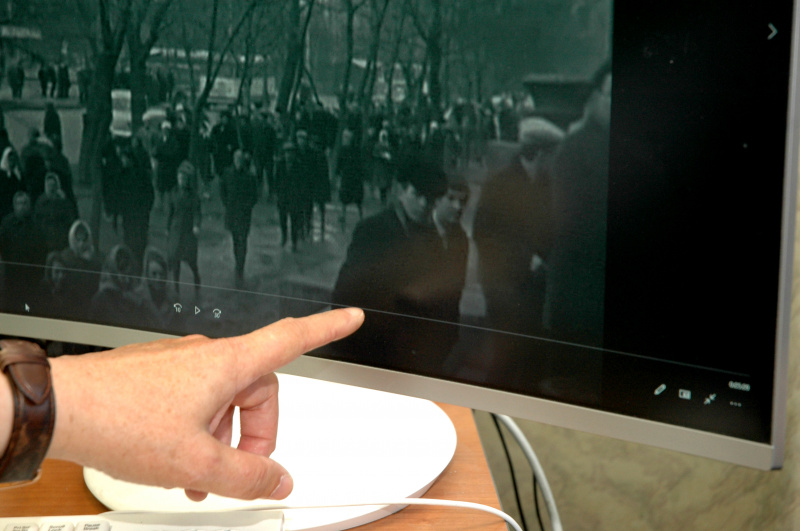 – There were two amateur cameramen at the plant – Anatoly Rajabli and Vladimir Beskhmelnitsin, they were using their personal film cameras. They were not professionals – for example, Beskhmelnitsin worked as an adjuster in the 48th workshop. It was a hobby. Rajabli, by the way, is now 84 years old, he is alive and quite vigorous. The films were stored. No one has seen the results of many years of work, even they.

Yevgeny Kirillov has always been an enthusiastic person. While working in the Federation Council, he learned to use a special video editing program. 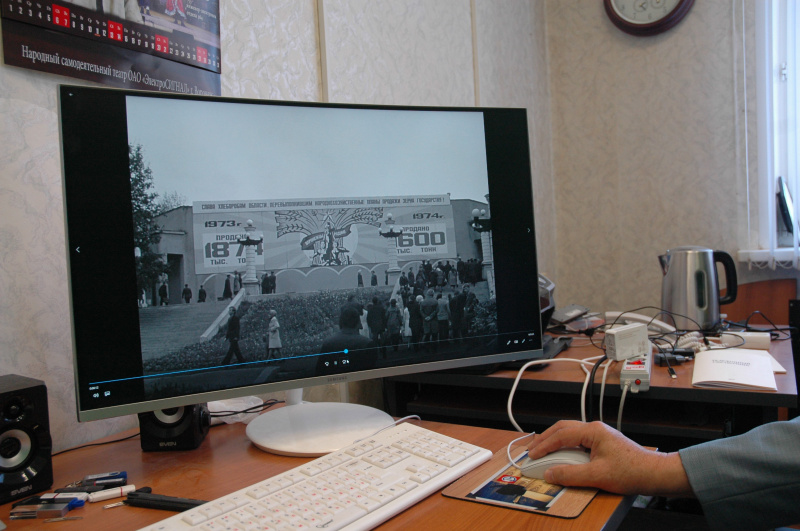 – The Council has powerful press service. It was headed by a graduate of VGIK, he taught me everything. Almost all videos are silent, so I pick and overlay music, put together small films from fragments. Little by little, I’m posting them on my Facebook page; I want to show the rest within a month. People repost them, I once saw a comment under such a repost: “And who found these videos? Kirillov? Well done, dude!” “Dude” means that this is written by our kind of guy, from the 1960s, – Kirillov says. 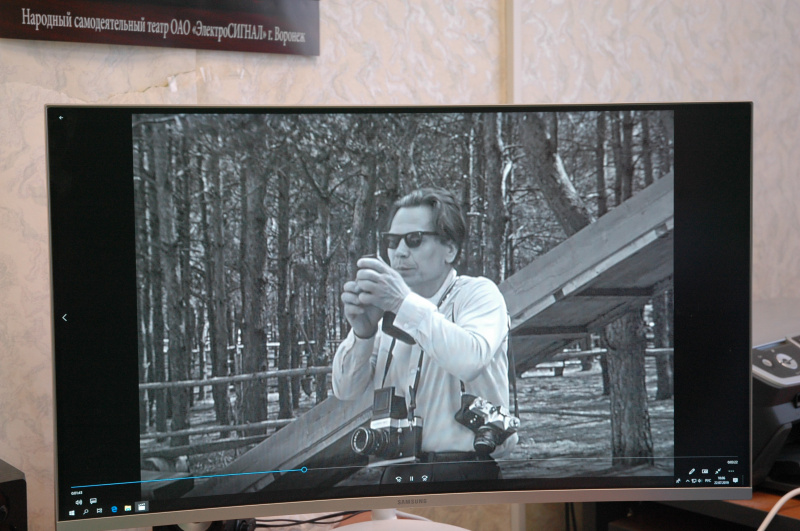 Field-specific communities in social networks are making screenshots of the videos. The result is "new" photos of the old city.

The homely office of Yevgeny Yakovlevich is almost completely occupied by a huge green screen – a chroma key screen. Yevgeny Kirillov continues the work of Rajabli and Beskhmelnitsin – he is filming the chronicles of today's Electrosignal. But unlike his predecessors, he does not store his films on a shelf, but actively shows on the Internet. At the same time, he continues to process the archive and fill up the plant museum. He is working as the plant’s chronicler. 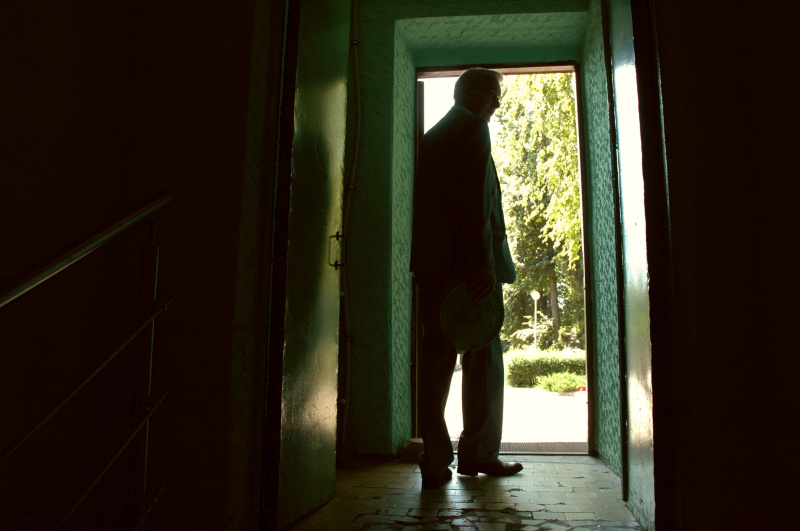 The unique films capture the old Voronezh. The plant workers are out for a voluntary Saturday cleanup, clearing the lawns near the Glory Monument, and around them is a huge empty space. There is no high-rise Severny District yet. In another mini-film, the affiliated kolkhoz workers have come for a holiday at Dinamo Park, with fountains and merry-go-rounds. And in the third, there is a city tour conducted for a non-resident delegation: Scarlet Sails Park, Koltsovsky Public Garden, Lenin Square. Many of the heroes of these films are no longer alive.