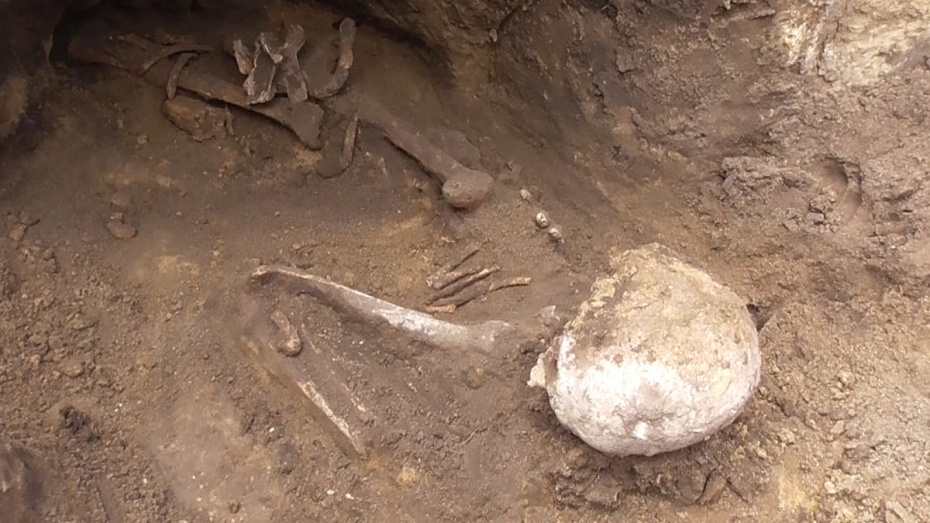 The burial is more than 3 thousand years old.

A resident of the village of Lofitskoye, Bogucharsky District, found human remains while digging a cellar in the yard of his house. The man called the scouts, suggesting that it could be a soldier who had died during the Great Patriotic War. The find turned out to be more ancient: it is more than 3 thousand years old. The correspondent of RIA "Voronezh" was informed by the commander of the Boguchar scout team "Memory" Nikolai Novikov on Friday, August 9. 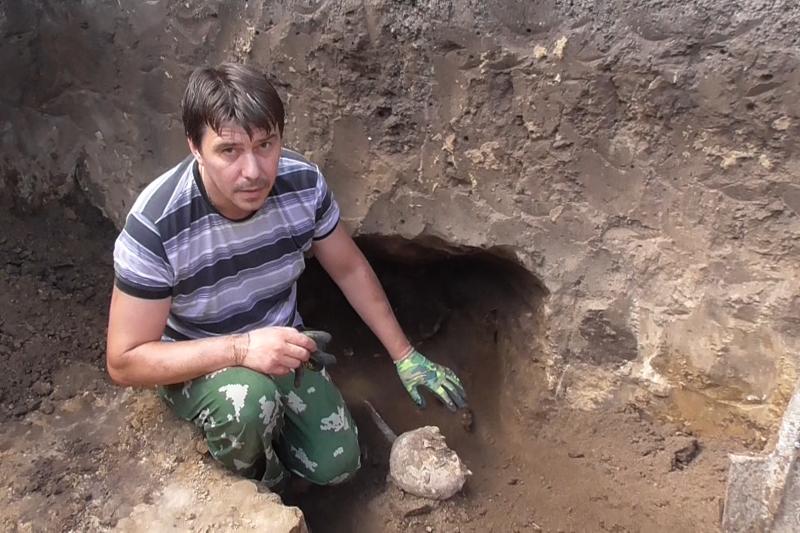 The remains of an ancient man were at a depth of about 1.5 m. He was laid on his left side, his head to the northeast. The legs were pressed against the stomach, and the arms were bent towards the face. According to archaeologists, this is exactly how the nomads were buried. Near the head, they found a fragment of a pot; it was black at the break. On it there were notches remotely resembling a branch of spruce. 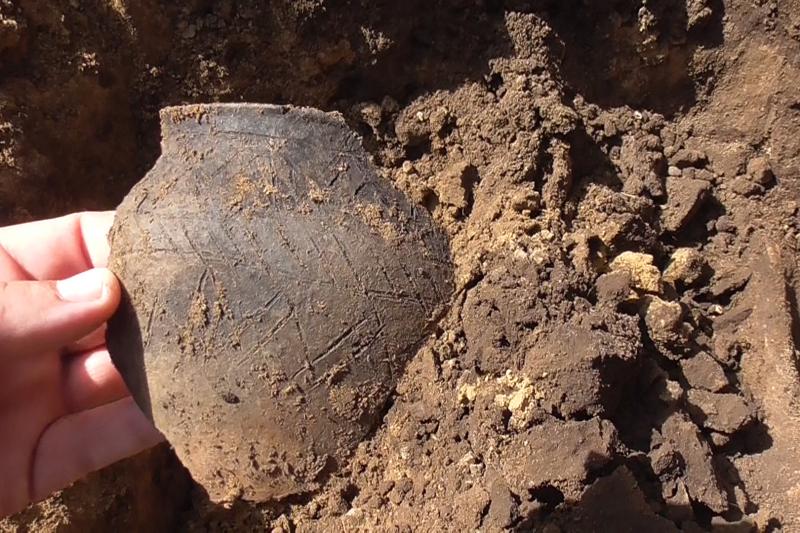 The assumptions of the scout team that this was a burial place of the Timber-grave culture of the Bronze Age (the second half of the second millennium BC) were confirmed by Valery Berezutsky, assistant professor of the Russian History Department at the Voronezh Pedagogical University.

– The discovered remains belong to a nobleman of that time. The deceased was put into the grave (for children it was in the form of an ellipse, for adults – square) only after a placing a timber framework into it. Later, they would bury the dead without timber frameworks. They placed a cup at the head of the deceased that was intended for him in the world of the dead. They left vessels at the deceased’s feet too – for the gods, – Nikolai Novikov told. 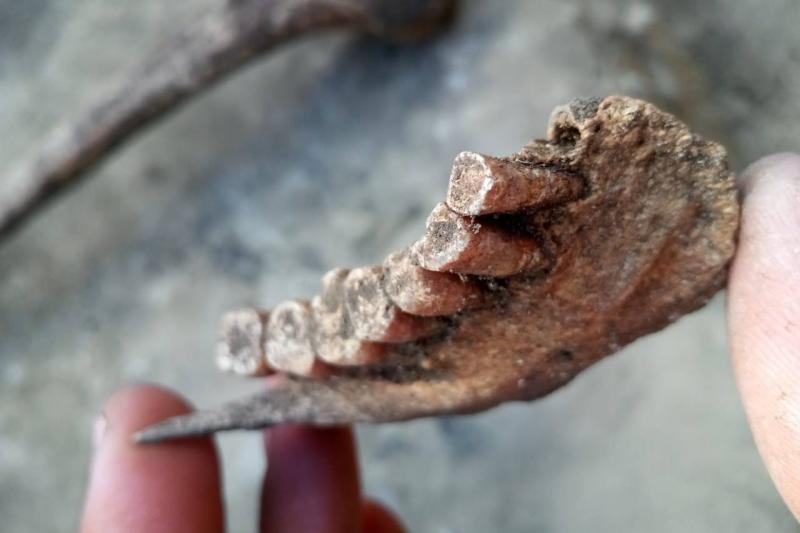 According to the scouts, the owner did not know about the fact that there was an ancient burial place in the courtyard of his house.

– He, of course, was very surprised. I was too, by the way, because my relatives had lived in this house after the war for many years. Maybe there was some kind of mound indicating what was under the ground, but no one paid attention to it, – scout Roman Pelipenko told. 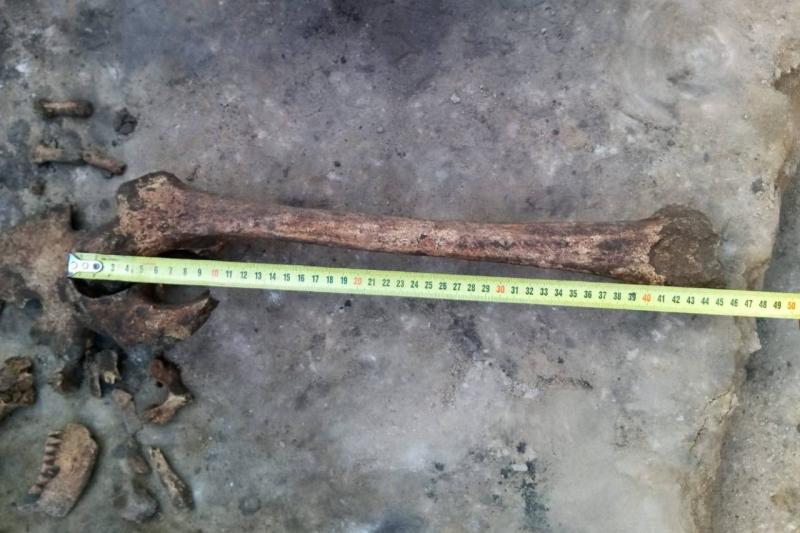 Despite the fact that there are no doubts about the ancientry of the found remains, they were nevertheless transferred to the Investigative Committee for examination. The study has not yet been completed.

– It is extremely important that information about such finds falls into the hands of professional archaeology researchers and the Department for the Protection of Cultural Heritage of the Voronezh Region. Because for the academic community, the information about the discovery, its place, and circumstances is sometimes of greater importance (scientific, cultural) than even the material value of the find.

historian, representative of the All-Russian Society for the Protection of Monuments of History and Culture

The Srubnaya (Timber-grave) cultural-historical community is an ethnocultural association of the Late Bronze Age (XVIII – XII centuries BC, according to other estimates – XVI – XII centuries BC), common in the steppe and forest-steppe zones of Eastern Europe between the Dnieper and the Urals, with separate monuments in Western Siberia and the North Caucasus. According to researchers, the tribes came to the territory of Bogucharsky District while wandering from east to west. They lived in dugouts, half-dugouts, and also built houses and on the ground. They bred cattle and small cattle, pigs and horses. Changes in climatic conditions, depletion of natural resources and overpopulation led to a sharp reduction in the population and cultural transformation of the tribes of the Timber-grave community.